‘The Harder They Fall’ Trailer 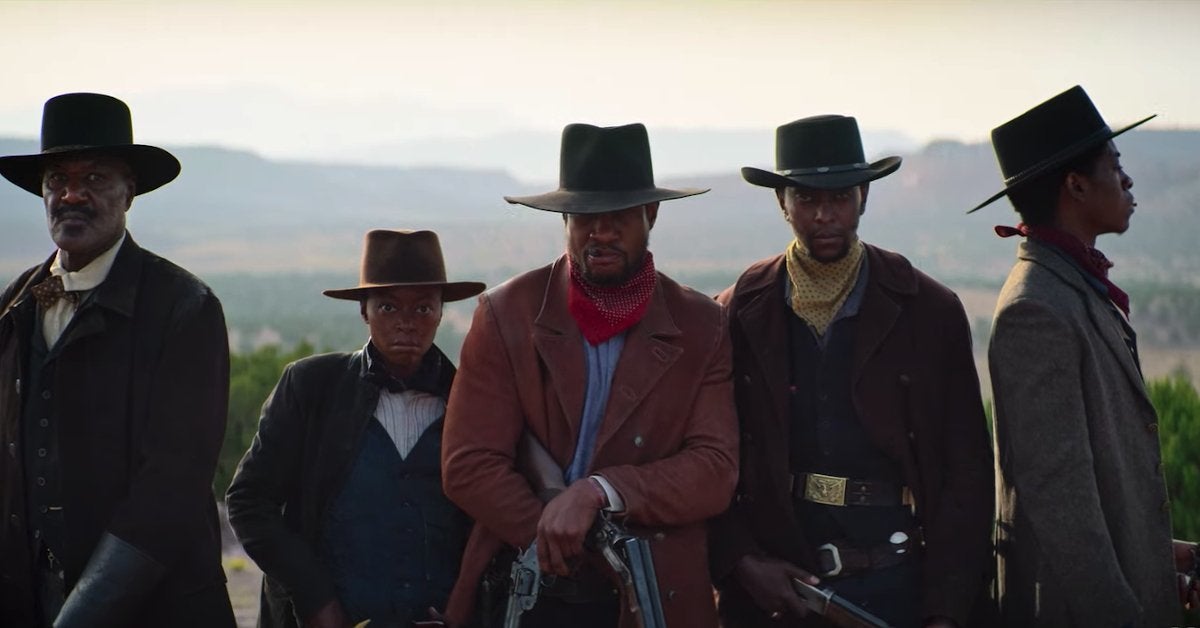 One of my biggest question marks for the coming year has been The Harder They Fall. Directed by Jeymes Samuel for Netflix, the film has all the makings of a movie I’d love: Western genre, a classic revenge story, and an all-star cast (Jonathan Majors, LaKeith Stanfield, Idris Elba, Zazie Beetz, Delroy Lindo, and Regina King). However, with the director relatively unproven, and nothing to go on, all thoughts on the film were purely conjecture. But with the first trailer now at our disposal, I can say without a shadow of a doubt: this is not a film to miss.

After learning that Rufus Black (Idris Elba), the infamous outlaw that murdered his parents, has escaped from jail, famous lawman Nat Love (Jonathan Majors) reassembles his former gang to hunt him down and get his revenge.

I mean, my God. As a fan of the Western genre, this has everything I could possibly want. The dialogue crackles, the cinematography looks gorgeous, and there’s editing and framing here that one could only dream of. I’ve watched that opening prison train heist…conservatively thirty times? And add to that the fact that this is a story about the famous real-life cowboy Nat Love, infamously ill-covered in Western lore due to his race, and the inclusion of a nearly all-Black cast, and you have a Western that both honors the genre while subverting its kinda-sketchy origins. I cannot wait for this film, and I cannot wait for this cast to do their thing. The Harder They Fall does not have a set date yet – Netflix doesn’t release those until the last minute – but we should expect it sometime in the fall of this year. You can watch the trailer below.