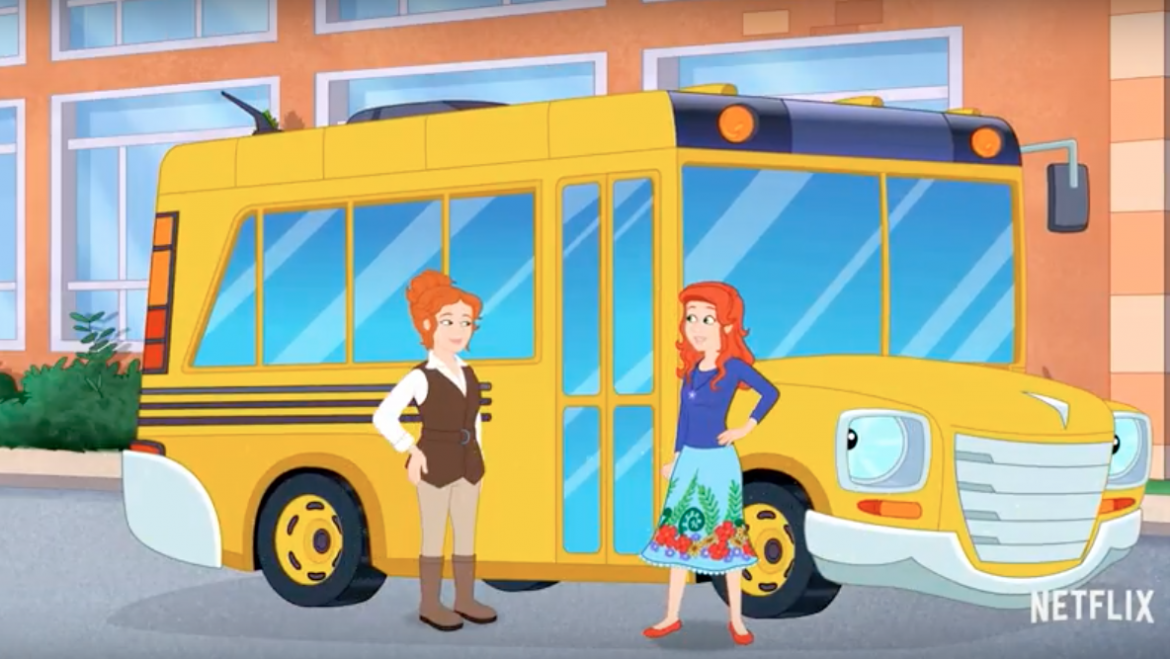 I’m not really a huge science person, despite testing well in biology consistently. However, if there was ever a time when I loved it, it was because I grew up in a generation that was treated to a Golden Age of Educational Television. Bill Nye, Reading Rainbow, and even the tail end of Schoolhouse Rock filled our education, but for many, few shows topped the wonder that was The Magic School Bus. Running from 1994-1997, kids fell in love with the cult classic that explained science to them in a fun way with great characters, especially Lily Tomlin’s indelible Ms. Frizzle. Well, like most great shows gone way too soon, Netflix has tapped into our collective nostalgia, and dropped a marvelous trailer for their sequel to the original series.

Ms. Frizzle (Tomlin) has been promoted to Professor, meaning she will have to leave her class behind to accept her new opportunity. She puts her younger sister Fiona Felicity Frizzle (Kate McKinnon) in charge and hands over the keys, leaving the class and their new teacher to explore the wonders of our universe.

Look, reboots are 99/100 times lazy excuses to cash in on nostalgia. However, there are rare times when people take the time to properly craft something people can enjoy, and I think this may be that time. This show seems alive and fun, giving us Tomlin’s wonderful voice before handing over the reins to the more than capable McKinnon. Then there’s the theme song, which has handed over the reins from the great Little Richard to the equally wonderful Lin-Manuel Miranda. And, of course, there’s Arnold being a little wuss. I will never get enough of Arnold being a little wuss. The show premieres on Netflix on September 29th, and you can watch the trailer below, as well as the original theme song beneath it. I’m sure this will be just a normal field trip (With the Frizz? NO WAY!)