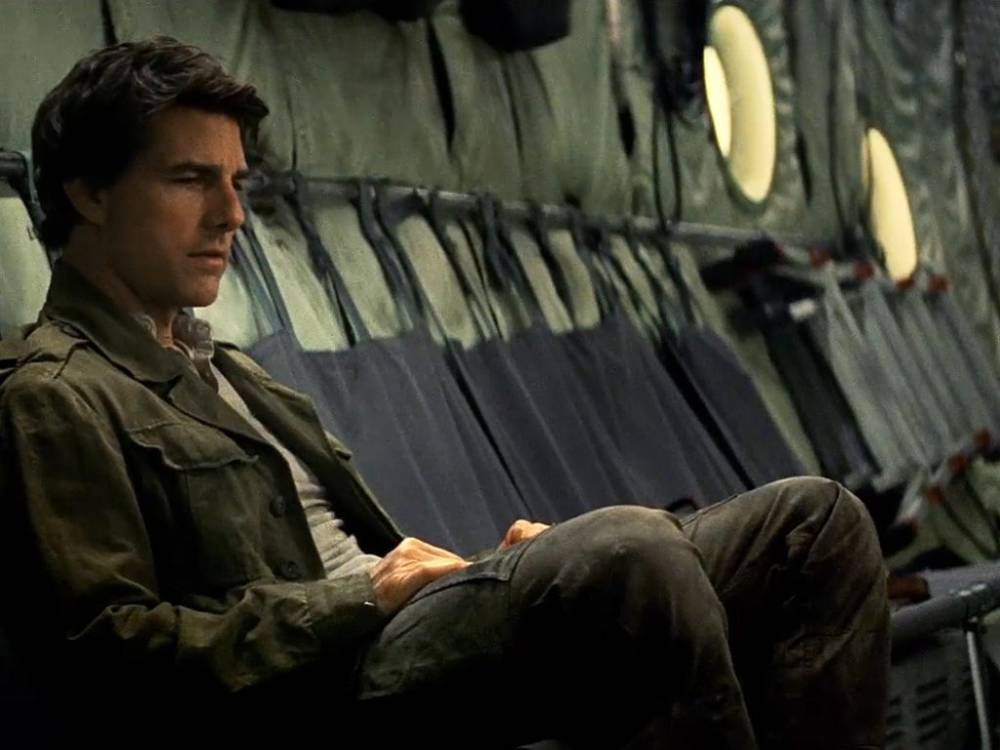 I’ve created a sample of the Reddit AMA I held in my head after seeing The Mummy to help you understand my thoughts during the film:

Q: Is this movie as scary as the original 1930s Mummy movie?
Me: No.
Q: Well is it a fun, rollicking adventure, not unlike the 1999 Mummy movie?
Me: No.
Q: Oh. Well, does it have these unbelievable themes and messages that appeal to a modern society?
Me: No. Not unless you count the fact that it possesses weird and offensive messages capable of angering every single audience member.
Q: Jesus. Well are the effects at least better?
Me: No. They looked better in the 1930s movie and especially the 1999 CGI-fest.
Q: Well then what was the point of any of this?
Me: F*ck if I know.

The Mummy is truly a waste of time, energy, and thought, and is the zenith of pride’s downfall that Universal thought they could hinge a franchise on its success.

Thousands of years ago, Princess Ahmanet (Sofia Boutella) made a deal with Set, the God of Death. In exchange for killing her father, mother and baby brother-which she eventually does on her own, so I don’t understand why divine intervention was required anyway, but whatever-Ahmanet will help Set take on a human form through sacrifice and possession. However, she is caught, and as punishment for her crimes, the high priests take her to Mesopotamia (again, for some reason) and mummify her alive. Fast forward to present day, where Nick Morton (Tom Cruise) is a U.S. Military officer who moonlights as a black market archeologist. Think of him as a douchebag Indiana Jones. While on reconnaissance, he and his assistant, Chris Vail (Jake Johnson) discover an ancient tomb, which is quickly investigated by Jennifer Halsey (Annabelle Wallis). They find a large sarcophagus, which they transport back to England. This is the point where I first checked my watch, and discovered we were barely twenty minutes in, so I’ll fast forward as best I can. The plane crashes, and Nick miraculously survives, because the mummified Ahmanet wants him to be the host for Set. Nick and Jennifer must team up with her boss, a mysterious doctor who runs an organization determined to battle monsters, to reverse the curse and defeat the evil. And if you’re wondering if that doctor is Henry Jekyll, as played by Russell Crowe, then the answer is yes, and you have a weird-ass mind.

Even before you begin trying to explore the many, many missteps in this movie, you have to begin with wondering why someone thought any of this was a good idea. The intention of this film is to kick off a Marvel-esque series of films, interconnected through their reinterpretations of 1930s monster movies. It’s a fascinatingly odd decision because a) Marvel and DC both tested the waters and built goodwill for their franchises before making any long-term commitment, and b) there’s really no one clamoring for classic 1930s monsters to team up in a movie. What’s even odder is that they chose to kick this series off with The Mummy, a creature that is at worst the least known in history and at best a creature that already has a popular series to its name. If that’s not enough to baffle you, Alex Kurtzman, the man who wrote the worst Star Trek movie, the worst Spider-Man movie, and the second worst Transformers movie is overseeing the franchise. And he wrote and directed The Mummy himself. Everything about these decisions confuse me more and more, and it makes the dramatic reveal of the “Dark Universe” logo at the beginning of the movie feel silly, disturbing, and altogether dumbfounding.

However, these are simply behind-the-scenes reasons for why The Mummy fails. It’s what’s onscreen that makes this movie so much more painful to sit through. Almost every description, from plot to direction to execution falls flat. There is a decision to turn Johnson’s character into a zombie early on, and then have that zombie appear as a ghost throughout to make lame jokes. I find him a very funny actor, but it was grating and awful within the first five minutes. The script has many doozies in the way of clunkers. One of my personal favorites is the wonderfully clichéd, “This isn’t a tomb…it’s a prison!” Oh, and while we’re talking about clichés, let’s explore the use of two of Hollywood’s worst clichés, which are incredibly prevalent throughout this movie. The first is the use of the infamous “He wanted to be caught!” After The Dark Knight, movies began to think it was incredibly cool for the villain to let himself be captured to destroy the heroes’ headquarters. It was immediately copied in The Avengers, Skyfall, Star Trek Into Darkness, and more. It is used again here so that Ahmanet may find the location of jewels and further seduce Nick, and yet, strangely enough, these are both powers that she can use at any other time, and she has the power to escape at any moment, rendering the entirety of the thirty-minute sequence entirely pointless. Furthermore, Wallis’ character is the epitome of the “I’m a scientist” cliché. Also seen in Into Darkness (I’m sensing a pattern in sh*tty Kurtzman banalities), essentially this cliché consists of an incredibly attractive actress who is supposedly a scientist or historian, and yet has no demonstrable knowledge in her field, no professional assistance to the plot, and is literally only there to take off her clothes and show off her underwear while asserting “I’m a scientist.” I’m not saying that attractive women can’t be scientists-their looks really don’t matter to the plot. But when the movie goes out of their way to make their looks a priority, and gives them no traits that demonstrate their talents or three-dimensionality, then you are no longer writing them as a scientist-you are writing them as an object of sexual fantasy, and that’s just a waste.

Of course, Jenny is on the higher end of the film’s treatment of women. Let’s explore the character of Ahmanet for a moment. Ahmanet’s entire role in the film is to show that women can only become powerful by selling their souls to Satan and killing off men and babies. What’s worse, when she is finally raised from the dead, she only regains her power by kissing the men around her and sucking out their life force (or something like that, it’s never made clear). Basically, she is killing them through sex. This isn’t an original idea in film by any means-it was essentially the plot of 90s B-horror movie Species. However, whereas Species used this idea to turn the tables on the male gaze and male aggression, as well as to explore humanity’s most basic desires (sex and murder), The Mummy has no deeper message. While this is most likely just lazy story writing, it gives the impression that women can only achieve success by backstabbing (literally) and sex. It’s a sexist message in a sexist cliché in a sexist movie, and the failure to find anything deeper to say makes the film ridiculously painful to sit through.

All of this could be forgivable, or at least ignorable, if the effects were worthwhile. After all, no one is seeing a summer blockbuster for the plot anymore (God forbid). In a movie called The Mummy, all we want is to have some cool effects and good scares. Too bad this movie is all for naught in that department. Nothing in this movie is scary, except for maybe the acting, leaving the audience bored out of their skulls as things pop out to little effect and potentially frightening images disappoint right and left. As for the effects, there are really only two sequences worth writing home about, and there’s really nothing special about them. The first is the plane crash sequence, which is shot in zero-G, and leaves the actors hurtling around the cargo bay in real time. Unfortunately, it’s a stunt that works better in Mission: Impossible than it does here. The other is the famous sandstorm here, which is updated for London from the much more logical Egyptian setting. It’s actually a cool concept, reducing the glass in the windows back to sand and launching it across the city streets. However, it’s something that somehow looked much cooler in the 1999 rendition, making me wonder why it was even worth redoing in the first place. Nothing in this movie feels cool, unique, or different, and with the effects falling flat, it leaves me wondering who could even enjoy it?

I won’t completely condemn the movie, however, because despite the sexist misgivings of her role, Boutella is actually pretty enjoyable in the role of Ahmanet. I do like the idea of a female mummy, and had they written the role better, I think she could have really created something special. Alas, they did not, and so Ms. Boutella will have to settle for the consolation prize of saving her film from complete damnation. The rest of the actors range from the incredibly bad to the “bad, but in an entertaining way. The worst offenders are Johnson and Wallis, who are both so grievously bad it may irreparably damage their careers. Johnson may recover due to his indie cred, and his ability to work his way back up, but I’m not sure we’ll ever see Wallis again. Meanwhile, Cruise is essentially doing a watered down version of his Ethan Hunt shtick from the M:I films, and while he is never outright bad, he’s not very good either. It’s the worst performance he’s ever given, and I sat through Rock of Ages (and am an apologist of that performance to boot!) I spent more time focusing on his creepy agelessness (he looks 38, and is probably playing 35, and yet he is well into his 50s at this point) than I did worrying about any potential danger his character encountered. As for Crowe, his Dr. Jekyll/Mr. Hyde (oh boy, does he turn in this movie) needs to be witnessed to be believed. Once one of our finest actors, and still turning out great work even in these later years, Crowe’s performance is the epitome of “so bad it’s good.” He plays Jekyll as an annoying, pompous fop, somehow the smartest man in the room despite his series of dumb ideas and pretentious faux-philosophies. And yet, the role doesn’t really become ridiculously bad until he plays Hyde with the world’s worst Cockney accent and ridiculous knockoff-Statham one-liners. Honestly, it might be worth the price of admission just to see whatever the hell he’s doing in this film. Oh, and Courtney B. Vance shows up for fifteen minutes to remind us what a good actor looks like, only to be cruelly snatched away from us almost immediately.

This is a bad movie. The editing is incoherent, the message is offensive, the writing and directing are off-putting, and the acting is bad. The fact Universal thought they could start not one, but two franchises with this piece of garbage is the highest act of vanity-stroking I’ve seen in a long time. If you’re dying to see it, if only to understand how many things go wrong here, then it might be worth a rental. Otherwise, save your money, or better yet, go buy the ’99 version. Lord knows Brendan Fraser needs the money.