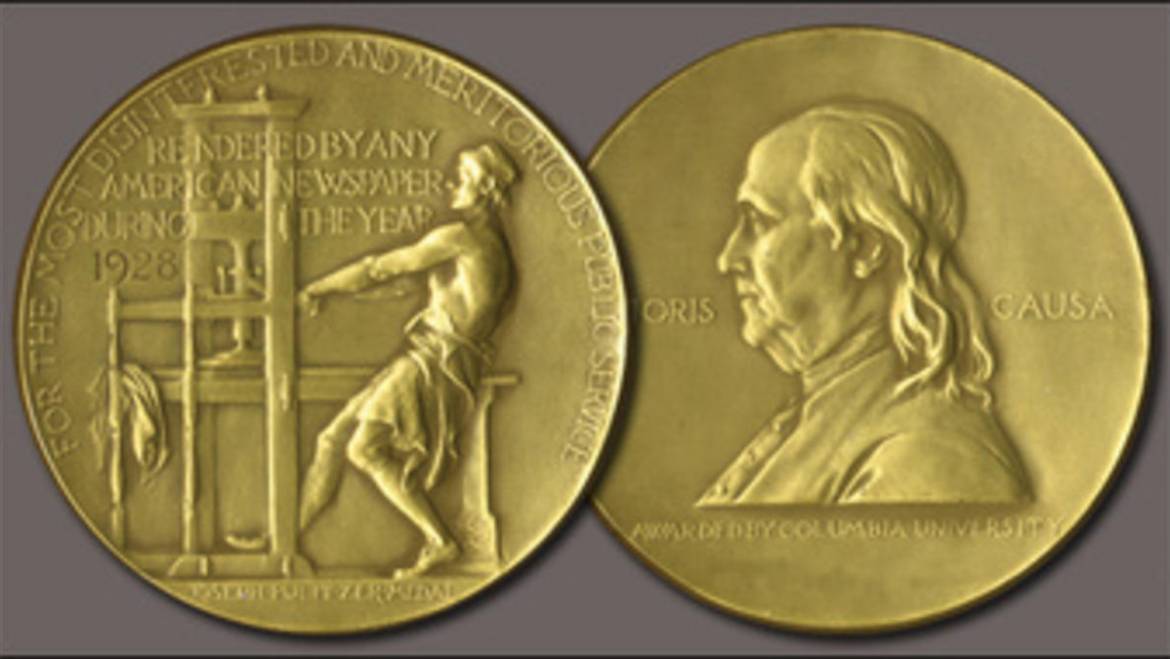 Movies have the Oscars, television has the Emmys, Broadway has the Tonys, and literature has the Pulitzer. An award for the best reporting, criticism, and literature released during the year, the Pulitzer Prize has been considered the prime source of acknowledgment for literary achievement for many years. And while we are no longer in the heyday where the Watergate stories, The Grapes of Wrath, Roger Ebert, To Kill a Mockingbird, and Death of a Salesman won the big prizes, that’s not to say there aren’t still great and deserving winners, including the Boston Globe Catholic Church publications, The Road, Gilead, Hamilton, and critic Emily Nussbaum. Yesterday, the Committee out of Columbia University announced the 2017 recipients, and this may have been the strongest year in a long time.

When it comes to the biggest prizes from the Committee, there are three that are the most well known. The top prize is most likely the Public Service Prize, the Fiction Prize, and the Drama Prize. The Public Service Prize went to the collective staffs of the New York Daily News and ProPublica, who worked together on a joint story by reporter Sarah Ryley involving the abuse of eviction laws by police officers in New York to oust hundreds of people, mostly poor minorities, from their homes. Meanwhile, the prize for fiction went to Colson Whitehead’s The Underground Railroad, a historical fiction novel involving a young girl’s quest to escape from slavery, drawing parallels to all of African-American history. I can’t give a proper review yet, as I have not read it, but due to the praise here and my love of both historical and allegorical novels, you can bet I’m preordering this one on Amazon as we speak. And finally, the prize for Drama went to Lynn Nottage’s Sweat, a drama about the working class in Pennsylvania, exploring the symptoms of disillusionment, racial tensions, and economic downturns, painted in a wholly sympathetic light. The play is currently running on Broadway at the moment, and I’m sure this win will boost its chances at the Tony Awards early next month and into June.

Those aren’t the only deserving awards worth mentioning, however. Eric Eyre’s investigative work into the opiod epidemic in West Virginia received a prize, as did the Miami Herald for their work uncovering the Panama Papers. On a local level, The Salt Lake Tribune deservedly received a Pulitzer Prize for their work uncovering Brigham Young University’s unlawfully cruel treatment of sexual assault victims, while the international award went to the New York Times Staff for their reports on Russian leader Vladimir Putin, who has committed assassinations, used online harassment, and planted evidence on his political opponents all over the globe.

On a more individually based level, Peggy Noonan of The Wall Street Journal won the Pulitzer Prize for Commentary for her columns during the 2016 Presidential campaign. Noonan is a wonderful writer, one who you can appreciate and respect even if you don’t agree with her outcome, so I wholeheartedly endorse this pick. As for the Criticism Pulitzer, I guess I didn’t apply for the deadline in time, because I didn’t see my name listed amongst the winner or the runners-up. That being said, Hilton Als’ review for Moonlight is one of the most beautiful I’ve ever read, so I’m onboard with his win as the [best] critic at The New Yorker (just so long as Richard Brody never wins one). And finally, I want to give a shout-out to Hisham Matar, who won the Pulitzer Prize for Autobiography for his personal novel The Return: Fathers, Sons, and the Land In Between. I had the pleasure of meeting Matar in college five years ago, and he was a quiet, but very pleasant man, and his works are incredibly moving, dealing with his upbringing in Libya as a child. I haven’t read his most recent book, but I can say that as a human being, I can’t think of anyone more deserving of a Pulitzer at the moment.

If you want to see the full list of winners and runners-up, as well as a full list of what their stories were about, you can click this link to go to the Pulitzer website. If you need me, I’m ordering my copy of The Underground Railroad as we speak.

Fiction: The Underground Railroad by Colson Whitehead
Drama: Sweat by Lynn Nottage
History: Blood in the Water: The Attica Prison Uprising of 1971 and its Legacy by Heather Ann Thompson
Biography/Autobiography: The Return: Fathers, Sons, and the Land in Between by Hisham Matar
Poetry: Olio by Tyehimba Jess
General Nonfiction: Evicted: Poverty and Profit in the American City by Matthew Desmond
Music: Angel’s Bone by Du Yun