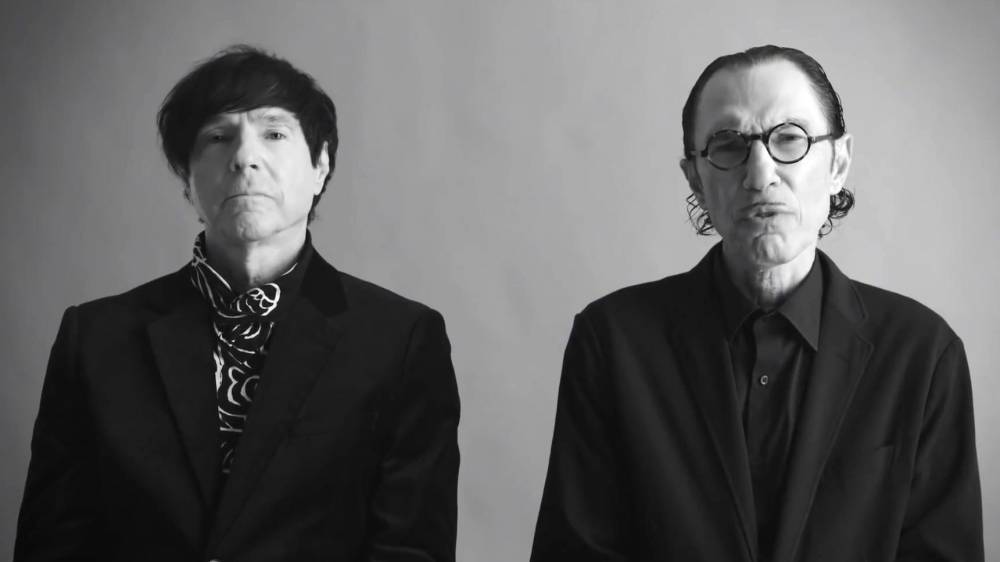 Ed. Note: This past February, I had the opportunity to virtually attend the Sundance Film Festival. I watched a total of ten films over the course of three days. And while scheduling did not permit me to run them in February, I did have a chance to sit with my notes, reflect on what I saw, and publish them now. And so, as part of a sporadic reflection on some of 2021’s best – and worst – films, I bring you my official Sundance Review segment. Enjoy!

The goal of great art is to take you to worlds you haven’t seen before. The same is true about documentaries. Paris Is Burning took us to the New York ball scene, Harlan County U.S.A. took us to West Virginian mines, and Samsara showed us the beauty of the natural world. The Sparks Brothers never transport us to a different place, but it does pull back the curtain on an entire phenomenon and universe we were previously unaware of. That is the world of Sparks, a band that the average viewer or listener likely isn’t aware of, but who irrevocably changed music forever, influencing almost every possible artist from both the pop and rock genres. And thanks to Edgar Wright’s wry, whimsical direction, brothers Ron and Russell Mael not only receive their proper due in the lexicon of great bands, they receive it with the irreverence and passion they deserve.

In 1967, brothers Ron and Russell Mael decided to start a band, almost for the sheer hell of it. With a strong wit, Ron’s keen ear for melody and lyrics, and Russell’s theatrical lampooning of Mick Jagger, the two developed a cult following. Over the next six decades, the duo released 25 albums with a handful of hits, yet never managed to break out as an iconic band in their own right. However, while the public never fully caught on to their talent, other musicians did, and their influence can be found in artists as varied as Joy Division, New Order, The Smiths, Sonic Youth, The Sex Pistols, and Nirvana. And so, director Edgar Wright sets out to pull back the curtain on the mystery that is Sparks, interviewing 80 artists of all walks of life as a testament to Sparks’ testament and talent, to try to find the answer to a seemingly unanswerable question: Who is Sparks?

The reason The Sparks Brothers works so well is because Wright uses his playful tendencies to blend genres together to answer that central question. To do so, the film becomes a concert film, a biopic, a historical epic, a mystery, and a comedy, all in one go. After all, there can be no easy genre when the subject itself isn’t easy to explain. This is a band that has so frequently been ahead of its time, lyrically, musically, and performatively, that their sole existence seems to be to inspire, not to find fame themselves. Interview after interview presents fawning superstars in their own right, who each explain that they could not have found fame without the Mael brothers – and in fact, based their own riffs and hits on the brothers’ catchy-but-underplayed hits.

The interviewees are an eclectic and massive bunch, introduced almost as if a secret club that we are casually being invited into, including (just to name a few) Patton Oswalt, Todd Rundgren, Beck, Giorgio Moroder, Flea, Jonathan Ross, Mike Myers, Fred Armisen, Neil Gaiman, Nick Heyward, Björk, Jane Wiedlin, Amy Sherman-Palladino, Jack Antonoff, Mark Gatiss, “Weird Al” Yankovic, and Wright himself, hilariously performing his own interviews in between. These interviews serve as interludes not only between Russell and Ron’s own interviews, but between recorded musical performances as well. The constant jumps and revolving door of interviewees give a grand scope to Sparks’ history and oeuvre. After all, any documentary could interview a handful of experts and show a couple clips to say “This is one of the greatest bands of all time.” But by showing just how varied these albums truly are, and by showing just how many people were influenced by them, it helps the audience understand just how wide a scope we’re talking here.

Of course, the film doesn’t work if Ron and Russell aren’t entertaining in their own right. Thankfully, these two are a hoot, both as musical artists and as interviewees. They are just the right type of eccentric, appropriately weird without being off-puttingly so. They have a clear love for each other, and that love, passion, and humilty shows in each and every song they write. In fact, their humility works almost as a punchline in and of itself, the same way their songs are hilariously undercutting – whenever we hear a legendary artist praise their work as biting and acerbic, Ron and Russell pop up to reveal the entire song as a throwaway joke. For example, one of their most acclaimed albums, “Music That You Can Dance To,” was a complete “F*ck You” to a douchey music producer (and, to a further extent, authority in general). Wright provides audiences with massive access to Sparks’ discovery, knowing full well that most audiences will either a) be hearing these songs for the first time, or b) suddenly realize “Holy sh*t, I’ve heard this song and didn’t realize it!”

This excessive use of music could be construed as a crutch, a tool distract from the film’s holes and weaknesses. But each and every song deployment is vital: not only does it show how truly and inherently catchy these songs are, but it shows us just how deep their talent truly is. One minute we’re listening to a punchingly wry comedic piece, like “The Girl From Germany,” the next there’s something outrageously bizarre, like “Tips For Teens” (and its iconic opening “I’ve got a snapshot of your Aunt Maureen”), or just outright groundbreaking and genre-bending, like “The Number One Song In Heaven,” their hilariously naughty “Tryouts For The Human Race,” or their entire comedic opera “The Seduction of Ingmar Bergman.” And as we notice inspirations on artists like Queen, The Sex Pistols, and Billy Joel, we slowly fall in love with them, both as musicians and as kooky human beings.

Tying the whole production together is the filmmaking by Wright and his team, which stands tall as some of the best documentary filmmaking you’ll see in a long time. Not since Stop Making Sense has a documentary possessed this level of joy and whimsy. Wright jumps between documentary footage and staged interviews with relative ease, breaking up the story and the drama with some of his trademark flourishes. To break down the enigmatic nature of the band, he introduces a tongue-in-cheek “FAQ” segment with the brothers, much to their faux chagrin. Urban legends surrounding the band are acted out with puppets and animation, adding a surreal effect to the ordeal. Hell, Wright’s frequent collaborators Simon Pegg and Nick Frost show up to do an impression of John Lennon and Ringo Starr, for crying out loud. It’s a level of energy that serves as a directorial trademark; Wright has a level of enthusiasm and childishness usually reserved for 12-year-old boys, and it has shone through in all of his works to date, from Shaun of the Dead to Baby Driver. And while silliness and a sense of humor are rarities in the documentary genre, it works here because it gives the film the illusion of a fanboy meeting his idols. There’s an inherent giddiness in each and every frame, and it leaves you with almost as big a smile as the music itself. When coupled with the superb editing by Paul Trewartha and Tobias Zaldua, The Sparks Brothers feels like a breeze even at its padded 2-hour 20-minute runtime.

The Sparks Brothers is a fun, funny tribute to the bands that define us and the sheer, unadulterated joy that true genius can bring us. Wright has crafted a documentary where humor and magic are the driving emotions, and we are all the better for it. Sparks is the type of band whose music you know, whether you’re aware of it or not – my father, whom I saw the film with, gasped when he realized he was a fan of the 80s hit “Cool Places,” while I later learned I owned a Sparks album after being introduced by Gilmore Girls. All this film does is make sure you know their names. At the end of the day, Wright never truly answers the question of “Why aren’t they more well known?” I’m not sure we could ever get a satisfactory answer to that question. But what it does do is make us share in the interviewees’ indignation. After all, no band with songs as good as “When Do I Get To Sing My Way,” “This Town Ain’t Big Enough For The Both Of Us,” or “T*ts” deserves to go unnoticed.

The Sparks Brothers will be released exclusively in theaters June 18th