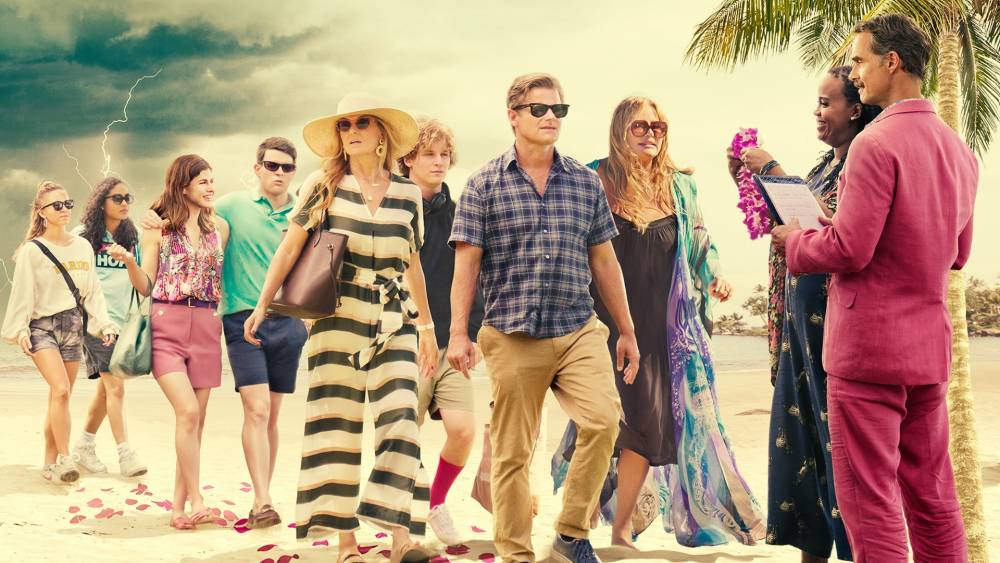 Despite some early hopes for a shocking end to the 74th Primetime Emmy Awards, things ended up being fairly par for the course, in ways both good and bad. The host (here, Kenan Thompson) was good, the bits and banter were bad, and Succession, Ted Lasso, and The White Lotus unsurprisingly won the big awards.

There was certainly hope in the air that an upset was brewing. Squid Game won Best Director and Best Actor for Lee Jung-jae, and Abbott Elementary topped a Best Writing nomination with a surprise win for Sheryl Lee Ralph, who ended up giving the best speech of the night, by far. Both of these shows seemed in striking distance of their competitors. But with wins for Best Supporting Actor for Matthew Macfadyen (yay!) and Best Writing for Succession, and expected-yet-still-surprising wins for Ted Lasso in Best Directing and both male acting awards (for Jason Sudeikis and Brett Goldstein), the frontrunners managed to hold off the fresh blood on the street.

Thankfully for The White Lotus, it had little competition to worry about. While Michael Keaton unsurprisingly kicked things off with a win for Best Actor, while Amanda Seyfried deservedly won for Best Actress, Mike White’s scathing satire ended up dominating the Limited Series side of things. The super-talented White won a deserved prize for writing the show, as well as held off competition for his direction, while Murray Bartlett and Jennifer Coolidge won the Supporting categories. Bartlett’s speech was fun and lively, but it was Coolidge’s that was everything we wanted it to be. Even as she was played off (egregiously, I might add), she still had fun with it, cracking jokes and giving the lovely speech we expected from an icon like her.

Most of the other categories went as expected. Zendaya fulfilled the prophecy foreseen when “Stand Still Like The Hummingbird” premiered: that she would win a second Oscar for her wok on Euphoria. Julia Garner held off stiff competition in Best Supporting Actress to win a final Oscar for her work on Ozark. Jerrod Carmichael won Best Writing of a Variety Special for writing Rothaniel, but he seemed so uncomfortable with the attention he bolted almost immediately. And Jean Smart won for her brilliant work on Hacks. It’s almost not worth mentioning that Saturday Night Live won yet another Best Variety Sketch Series prize, or that Last Week Tonight’s domination continues, although it is worth noting that Lizzo managed to upset reigning champ RuPaul in Outstanding Reality Competition Series.

Of course, this is simply a recap of who won what awards. What about the show itself? How did it fare? Well, it was a mixed bag. NBC and the Television Academy have been touting for weeks how “fun” and exciting” they were going to make this year’s Emmys. Which went exactly as expected: host Kenan Thompson told some amazingly funny jokes, which were immediately followed with completely unwatchable bits. There was an unnecessary dance break, a series of bad montages show from the furthest camera possible from the stage, and Lizzo being forced to read a completely offensive joke that she clearly hadn’t seen, as she immediately apologized and declared “they forced me to say that.”

Of course, there were a few shining moments amongst the chaos. As I mentioned, Kenan Thompson is a terrific awards show host, and I hope he gets invited back to something going forward. With Kenan as host, a Kel Mitchell cameo was fairly expected, but when it finally arrived, it was everything audiences wanted it to be. And while most of the presenters were given bad material or jokes (a Jimmy Kimmel bit was funny at first, but went on way too long and, if not previously discussed with Quinta Brunson, was completely appalling), it turns out the stars of the year’s best show (The Bear) also ended up as the year’s best presenters as well. I also want to acknowledge that Sam Jay had a thankless job as the oft-criticized announcer, but while she did have several funny asides throughout the night, she had just as many jokes that fell aggressively flat. It was a mixed bag on the production side of things.

So that concludes this year’s Emmys coverage! Honestly, I can’t get over how great a year it’s been – almost every nominee was worthy in their own right. Hopefully these shows grow from here and we start to see upsets in the future. Will Succession and Ted Lasso be overtaken by a second season of Abbott, or this year’s big loser Better Call Saul? Time will tell. But until then, it’s nice to look at this year’s impressive list of winners and revel in our blessings. You can see the full list below.