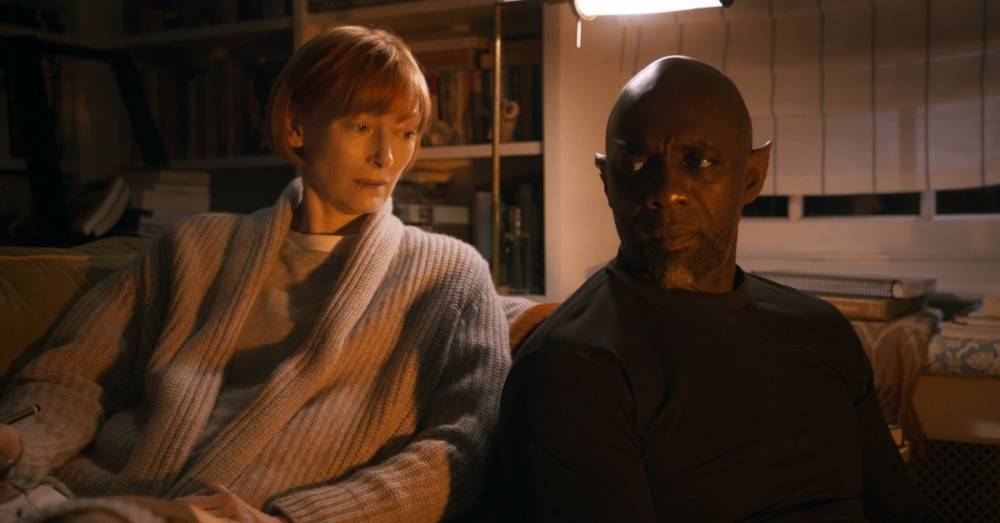 If Mad Max: Fury Road did one thing right for the film industry (other than set the bar for all action films to come in the next seven years – a bar that has yet to be met), it’s that it earned George Miller carte blanche. Despite a litany of classics in his oeuvre that range from the Mad Max Trilogy to Happy Feet and Babe, Miller has never been allowed to get really weird – flame-throwing guitar weird. But ever since his smash Oscar hit, he’s earned the ability to do whatever he wants. And that means something as breathtaking and groundbreaking as Three Thousand Years of Longing, which looks weird, exciting, and breathtaking in one massive sweep.

Renowned scholar Alithea Binnie (Tilda Swinton) is visiting Istanbul in the wake of her recent divorce. Despite the blow to her love life, she is overall content with her present circumstances. Yet this contentment is disturbed when her recent purchase at a local bazaar, a small multicolored lamp, is revealed to house a Djinn (Idris Elba), who wishes to bestow upon her three wishes. Between conversations, reflections, stories, and wishes, the two embark on a personal journey that neither could have expected.

I tried to hold out from watching this trailer for…oh, about twelve seconds before caving. It’s just stunning to look at. Every frame is masterfully rendered, the layers of visionary storytelling look unprecedented…this is the work of a master, the likes of which we don’t see anymore. And when coupled with the returning Fury Road team – cinematographer John Seale, editor Margaret Sixel, and so on, this seems destined to be one of the year’s best films (or at least controversial, given the reaction out of Cannes). Three Thousand Years of Longing will premiere in the United States on August 31st. You can watch the trailer below.