‘Toy Story 4’ Has A Trailer And…What?

HomeNews‘Toy Story 4’ Has A Trailer... 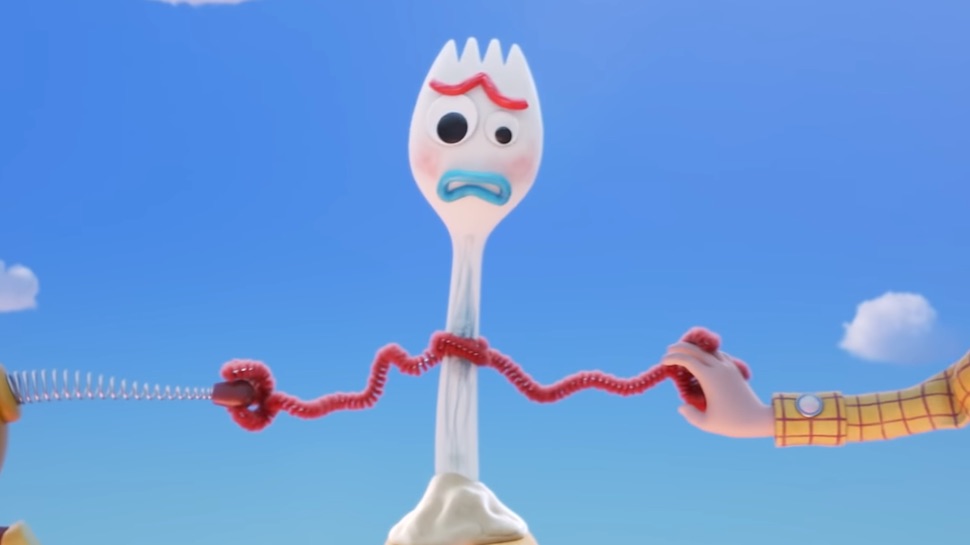 Despite the fact that Toy Story 3 served as the perfect endcap to the series that changed the face of animation forever, money is still a thing in this world. Therefore, Pixar will be releasing Toy Story 4 next summer. And today, they have dropped the first trailer for the highly anticipated film and…wait, what the hell did I just watch.

Toy Story 4 will follow the gang of toys, led by Woody (Tom Hanks) and Buzz (Tim Allen) as they search for Bo Peep (Annie Potts), Woody’s lost love who was unceremoniously sold between Parts 2 and 3.

As cynical as I am by this blatant cash grab, I am intrigued by the premise of this fourth entry in the series that has formed so many of my generation’s childhoods. I’m also intrigued by the news that Hanks refused to let anyone be on set the day he recorded the final scene due to the emotional nature of the material, with Allen suffering from similar issues with the material (which is saying something, considering Toy Story 3 was a thinly veiled metaphor for faith, death, and growing up). But despite all of this exciting news…there’s still this trailer. The beginning is entertaining enough, with the frolicking of the toys set to “Both Sides Now” by Joni Mitchell (recently heard in Hereditary, which may or may not be a coincidence). And then…Forky appears. For whatever reason, Tony Hale shows up as a Spork with eyebrows and pipe cleaner arms, screaming like the Sun from Rick and Morty. It is so surreal, so upsetting, and so off-putting that when I first watched this trailer, I refused to believe that this was the actual trailer. I thought someone had made a modest spoof – some Internet comedian, or even Rick and Morty or Robot Chicken. But no, this is the actual trailer, and apparently Forky is a real character in this not-at-all unnecessary sequel. I dunno. Maybe I’m being too harsh here. After all, I’m still going to be first in line to see Pixar rip out my heart yet again. And if you’re not too put off by the trailer posted below, you can check out Toy Story 4 in theaters June 21, 2019.