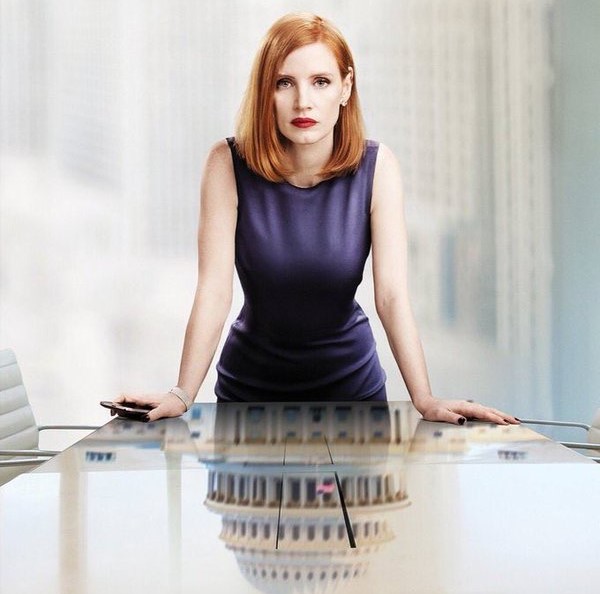 Today’s been a big day for the Best Actress race. Not only has Natalie Portman exploded onto the scene, but we get our first look at Jessica Chastain’s newest attempt to get on the stage at the Kodak Theater, with the first trailer for Miss Sloane.

In the newest film from Shakespeare in Love director John Madden, Chastain plays Sloane, a ruthless Washington lobbyist who decides to turn her sights on the passing of a gun-control bill.

There are two frames of mind over this. On the one hand, it’s a timely project, and one that could excite people this coming awards season. Furthermore, Chastain has never won an Oscar, despite many deserving outings. However, this trailer does little to excite me. It seems more in line with a Scandal esque political thriller you’d see on Fox or ABC than an actual movie, and seems focused on melodrama than saying anything important. Furthermore, Madden is unproven when it comes to anything serious. With the race as crowded as it is, I’m not sure this one will have the oomph to make an impact. The film comes out December 9th, and you can watch the trailer below.