‘Vox Lux’ Trailer Is One Of The Best Of The Year

HomeNews‘Vox Lux’ Trailer Is One Of The... 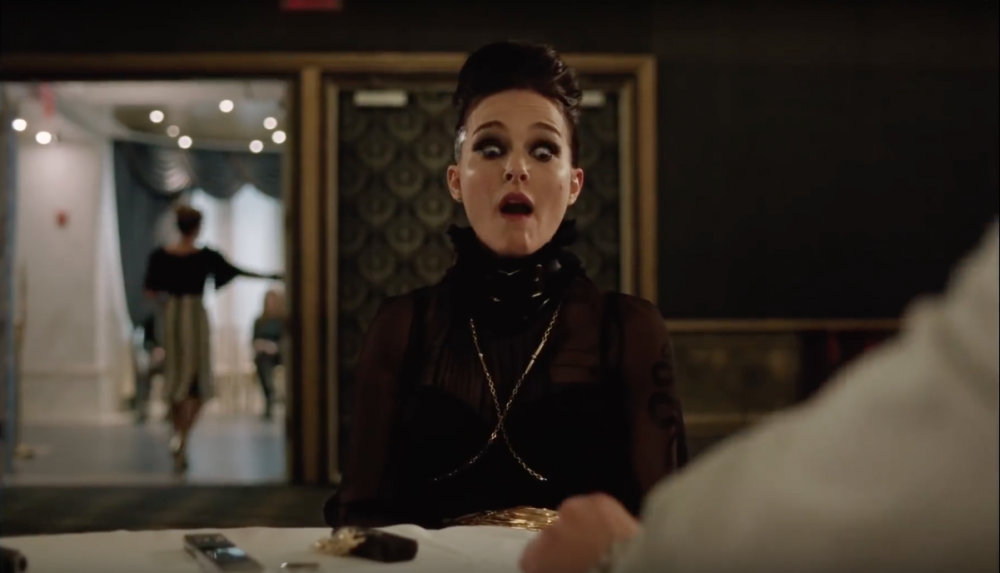 I’ve been hearing buzz surrounding Brady Corbet’s Vox Lux since August. Something of a passion project of the actor-turned-writer/director, this is his big follow-up after his 2015 breakout smash The Childhood of a Leader (which I have yet to see but keep hearing I will love). And based on an interesting premise, a cast that includes Willem Dafoe, Stacy Martin, Jude Law, Raffey Cassidy, and a supposedly remarkable Natalie Portman, as well as a litany of new songs by Sia, I was already looking forward to seeing this film. However, after watching the trailer released last night, something has changed. This is no longer an intriguing film; this is a must-see film.

In 1999, teenage sisters Eleanor (Martin) and Celeste (Cassidy) survive a massive tragedy (I’ve heard rumors as to watch this tragedy entails but I won’t spoil it here, other than to say it is timely). In order to cope with the grief, they turn to writing music, with the older Eleanor writing while the younger Celeste performs. They soon take off and become worldwide sensations. Now, in 2017, Celeste (Portman) is 31, with a daughter of her own (Cassidy again), and coming undone. Her career is fraught with scandals, she’s losing her mind, and another violent act threatens to bring things full circle, sending her over the edge.

I love this trailer. I love everything about it. I love Portman’s balls-out performance that looks to top both Jackie and Black Swan. I love the creepy atmosphere pervading the entire ordeal. I love the sudden bursts of comedy that break the tension. I love everything about it. This looks to be a fresh, modern pop epic that takes aim at everything, from the music scene to grief to modern society. And centered around a Portman performance that looks unlike anything I’ve ever seen before (and a major contender for Best Supporting Actress), I think this could be a major contender for my Top Ten list this year. Vox Lux will be out in theaters December 7th, and you can watch the incredible trailer below.