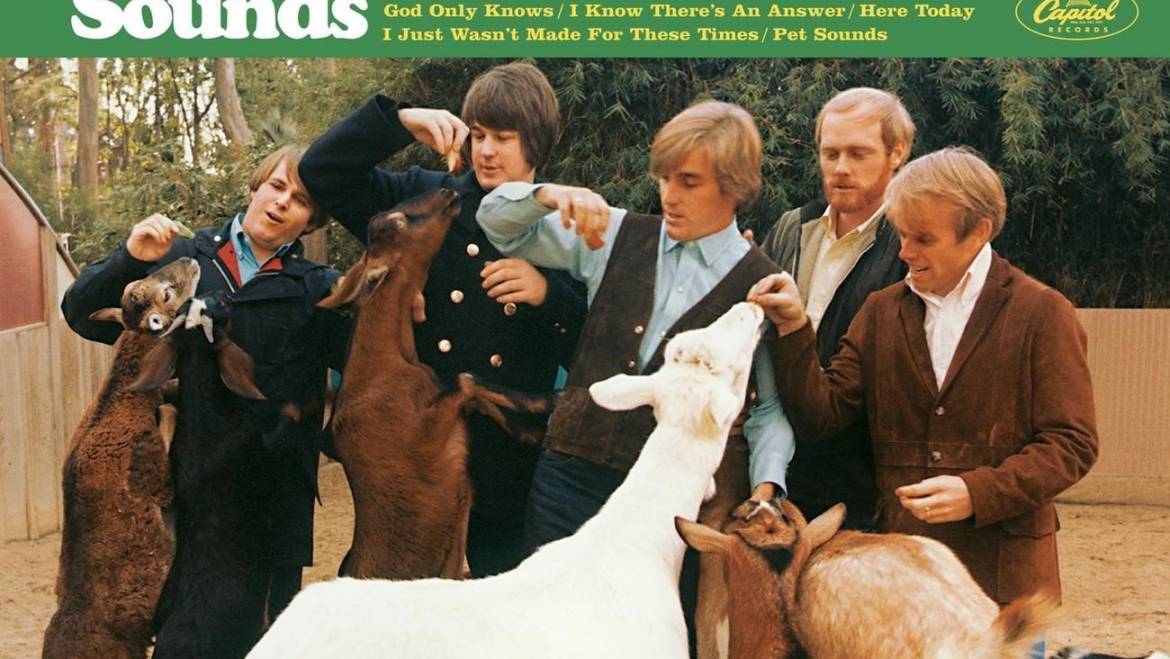 If you were to ask the average American who the greatest U.S. band is, there’s probably a decent amount of disagreement. I’m sure there’s a healthy amount that would be shocked that most would say The Beach Boys. I mean, aren’t they the band that just sang a bunch of surfing songs, showed up on Full House to inspire Jesse and the Rippers to “write” “Forever,” and wrote the “Kokomo?” Yes, yes, and absolutely. However, this glosses over their genius. Their beach songs are good, pure fun, but there’s also the genius that is Brian Wilson. The band’s chief songwriter, Wilson suffered from severe mental health problems, but they helped him hear clear, distinctive melodies, and allowed him to write some of the greatest songs of all time. Their 1966 album Pet Sounds is considered one of the greatest albums of all time-so much so The Beatles admitted that most of their albums were an attempt to be as brilliant as The Beach Boys. The album turned 50 earlier this year, and Brian Wilson has been on tour playing the album live for the last time. I myself will be seeing this concert on Friday, and I can’t wait. In honor of this concert, I’ll be counting down the Top Ten Beach Boys Songs.

The Beach Boys have several great songs, so narrowing this list down isn’t going to be easy. Honorable mentions include their fun surfing songs “Surfer Girl” and “Surfin’ Safari,” and their second best “car” song “Little Deuce Coupe.” Off of Pet Sounds, “Sloop John B” was just barely shy of making the Top Ten. Their Christmas song, “Little Saint Nick,” is one of the greats. And I don’t care what all standards of good taste say, I like “Kokomo.” Sue me. With that said, let’s look at the list of Top Ten Beach Boys Songs.

The Beach Boys get a lot of flack for just being a “summer band,” but when the songs worked, the songs worked. Probably their truest “summer song” was “California Girls,” an ode to the “cutest girls in the world.” The lyrics are simple enough-complimenting the girls of every other region while praising the West Coast, but the music is the most telling. Coming after Wilson’s first psychedelic experience, the song is the perfect bridge between the band’s two eras: the era of the Sun and the era of Art.

“Heroes and Villains” was the first song the Beach Boys released after trying to turn themselves into an “art” band. It features many of the traits found on Pet Sounds, including random instruments, overlapping vocals and more mature lyrics, and while it isn’t as great as the best of the album, it still has a wit and charm that makes it stand out as a fun, yet mature ballad, and the perfect send up to songs like “El Paso” by Marty Robbins.

By far the silliest song on this list, one of the earliest hits was “Surfin’ USA.” An experiment on Brian Wilson’s part to see if he could rewrite Chuck Berry’s “Sweet Little Sixteen” about surfing, the song may not be the masterpiece of the greater songs, but it’s one of the earliest signs of their talent.

Infamously remembered as the song that inspired the Wilson boys to fire their bullying father as their manager, “I Get Around” sometimes falls through the cracks. However, in many ways, the autobiographical song is the quintessential Beach Boys ballad: a bouncing beat, an ode to fun, and a strong falsetto. While not the best, it’s probably the truest song to their style, and for that reason, one of their most recognizable.

6. You Still Believe In Me

The first of three Pet Sounds songs on this list (I limited myself), this is probably the most forgotten song on the album. It’s also the best on the album, if you ask me personally. Lyrically, it’s a simple ballad about a boy loving a girl; musically, it’s so much more. The song opens with an eerie piano string-bobby pin combo, then begins to add guitars and drums, before climaxing with clarinets, timpanis, and-oddly enough-bicycle horns. It’s a strange mixture that shouldn’t work, and yet, because Brian took the strange noises in his head and made them real, it does.

The first song off of Pet Sounds, and the first hit on the album, “Wouldn’t It Be Nice” is the song that set the tone for what people could expect from not only the album, but from the band itself going forward. Focused on the innocence of being too young to be allowed to understand true love, yet knowing what you feel, its filled with yearning and joy, and that fully comes from the decidedly abnormal choices in instruments for the song’s melody. From an accordion to a detuned 12 string guitar, the song is out there, and yet somehow seems completely normal.

After Pet Sounds flopped (people are usually pretty stupid about these things in real time), Wilson got really into cosmic vibrations, their effects on our lives, and the importance of positivity. In order to avoid another flop, it combined the out-there musical arrangements of Pet Sounds with the laid-back beach pop vibe of their biggest hits. The result was a smash hit, and reestablished them as the best American band in the business.

Is there any song more recognizable than “Barbara Ann?” It’s pretty much the acapella group anthem (only “The Longest Time” gets more play, I think). Technically written by the Regents, it’s telling that the only version people remember is the one arranged by Brian Wilson. Demonstrating his clear musical vision, and the band’s vocal talent, the song remains one of their most fun, most memorable, and arguably most successful song.

The perfect love song, “God Only Knows” is, in many ways, the band’s signature song. Sung by Carl Wilson’s perfect falsetto, with Brian’s unique and creative arrangements, the basic love song ends up becoming something so much more. It is the perfect ballad. In fact, it’s so perfect, The Beatles described it as the greatest song ever written, and Paul McCartney confessed that he only wrote “Maybe I’m Amazed” to match its brilliance. I’ll stop describing it, so you can listen.

Yeah, yeah, yeah, I know. Something off of Pet Sounds should be number one. You aren’t necessarily wrong. However, let me ask you this: when you think of the Beach Boys, what do you picture? Lovey-dovey pop songs (even if they’re the best of the best), or driving to the beach in California? It’s the latter, and for that reason, the pure joy of “Fun, Fun, Fun” needs to be number one. The song that defined the California Myth, the song follows a teenage girl’s odyssey as she steals her dad’s T-Bird and drives throughout the city. Riffing on songs from every genre, it puts together a coherent song of fun, shenanigans and debauchery that subsequently defined life in California-and in many ways, life in America.

So that’s my list of Top Ten Beach Boys Songs. I may not be a musical expert, but I stand by the list as the best representation of the band’s brilliance and talent. What about you? Have your own list? Disagree with me? Think I missed any? Let me know in the comments!

* I didn’t know that “Barbara Ann” was not an original Beach Boys song. I would probably not have picked that had I known before my research. However, I do believe that it is so distinctive, and made people so completely forget the original, that it is the perfect demonstration of the band’s talent.