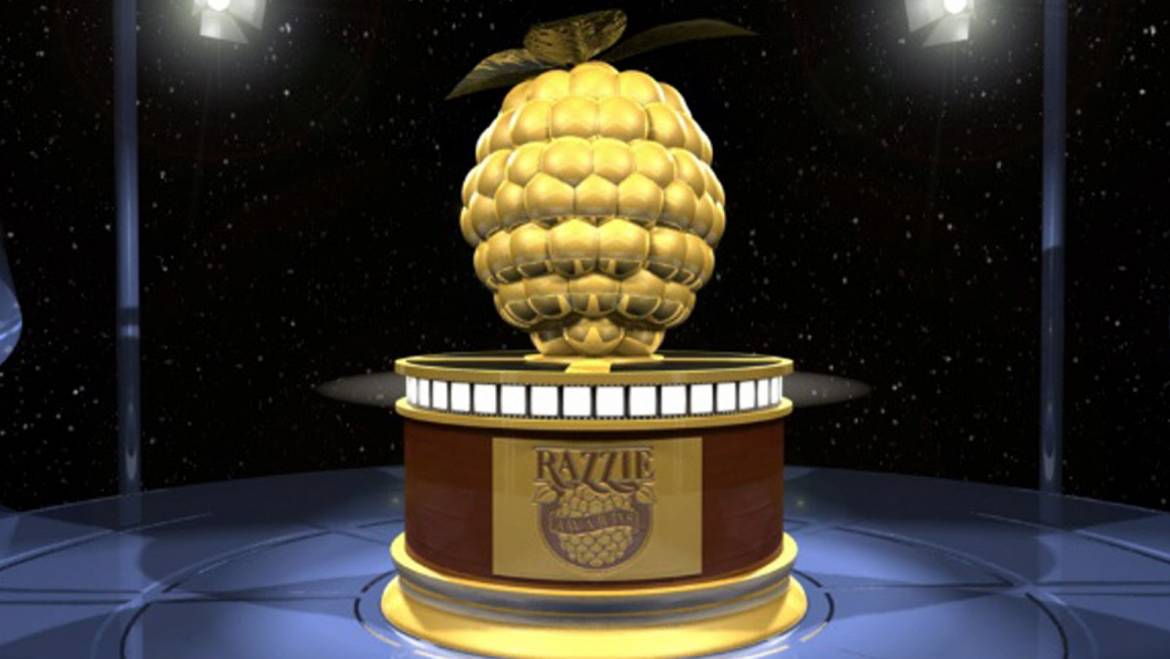 We’ve been talking a lot about the Oscars the past couple of days, but that’s not the only awards show in the news. There’s also the universally despised but always entertaining Golden Raspberry Awards. Starting 37 years ago as a joke, the Razzies are a way to reward the worst films of the year. Sometimes they’re right on with their “nominations,” such as the infamous sweep by Jack and Jill. Sometimes they are historically wrong, such as the wins for Stanley Kubrick’s The Shining. However, as infuriating as it is to watch them continuously beat the same dead horses with Adam Sandler, Nicolas Cage, and Tyler Perry, it’s still strangely and addictively entertaining to see them thoroughly degrade truly terrible movies. And this year’s list is no different.

Also being nominated for Worst Picture (along with four other nominations) are Gods of Egypt and Hillary’s America: The Secret History of the Democratic Party. I’ve written enough about Gods of Egypt, and any just God would help this film win all of the awards. Meanwhile, I never saw Hillary’s America, because I knew I wouldn’t enjoy it. I’m not a fan of Dinesh D’Souza, and the fact these nominations came on the heels of a fairly disturbing comment about Rosa Parks just make the whole thing feel sort of satisfying. The category is rounded out by Independence Day: Resurgence and Dirty Grandpa.

Some random observations: I would have nominated Mother’s Day for a few more awards, although I’m glad they didn’t kick Garry Marshall while he was down, Teenage Mutant Ninja Turtles: Out of the Shadows didn’t deserve either of its nominations, even if it was a bad film, the lack of Norm of the North does away with all of their credibility, and I don’t understand how Snowden gets a pass everywhere, but Nicolas Cage gets nominated for Worst Supporting Actor. Cage is far and away the best thing in that movie, and it is foolish for them to say otherwise.

Now that this is off my chest, you can look at the full list of nominations below. The “awards” will be “given out” on Saturday, “February 25th.”