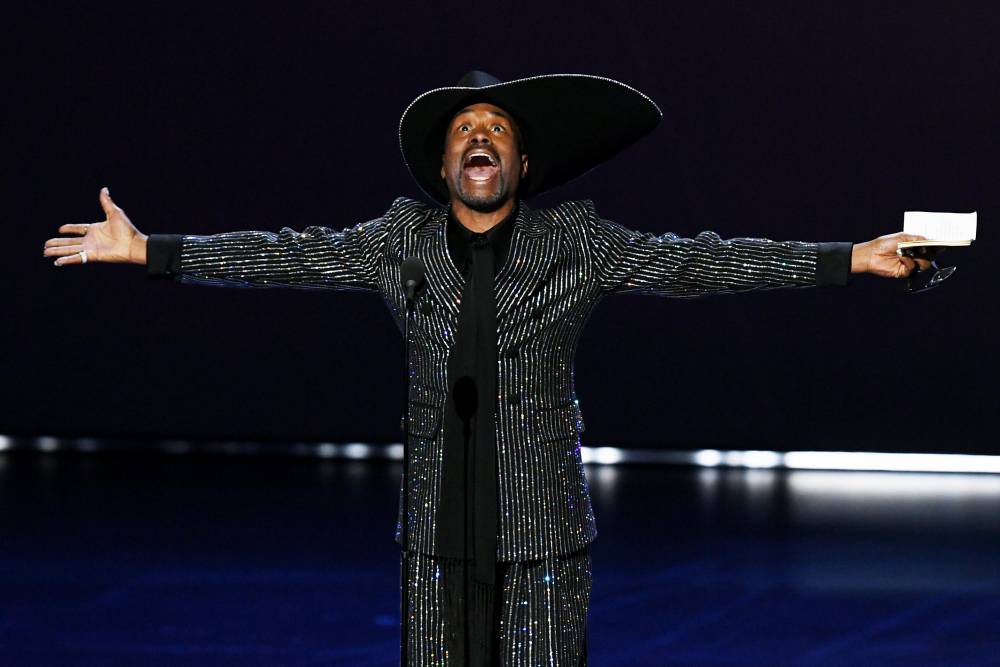 While the news is already out that the 71st Primetime Emmy Awards were a ratings disaster for Fox, it must be stated from the get go that this rule only applies to the show’s execution. In between a series of stale bits and hostless chaos, last night’s ceremony provided one of the most shocking, upset-heavy awards shows in modern memory; and despite some great performers getting snubbed and some great narratives going unrewarded (despite a perfect series final written by its Alzheimer’s diagnosed former creator, Deadwood: The Movie lost to Black Mirror’s app of a movie), it was fascinating and often joyful to watch.

Let’s get the biggest story out of the way immediately: Fleabag managed to defy the odds and dominate the show. While most experts predicted Veep to continue its streak and win the major categories for its solid final season, the buzz started to build in recent weeks for Phoebe Waller-Bridge’s perfect, recently-concluded series. Each and every speech Waller-Bridge gave was exactly what you wanted: emotional, funny, witty, and perfect. The show won Best Writing (expected), Best Directing (a surprise), and in the biggest, most deserved upset of the night, Waller-Bridge defeated Julia Louis-Dreyfus for Best Actress in a Comedy (humorously reading the same opening to her first speech but changing the writing to acting). In the end, Fleabag managed to sweep the major categories, taking home Best Comedy Series to the creator’s shock – she took the stage quipping, “Oh, now this is just getting ridiculous!” It was one of the most warming moments of the night. Outside of Fleabag’s domination, Bill Hader won his second Emmy for Best Actor in a Comedy Series, while The Marvelous Mrs. Masiel’s supporting cast took home both of its awards. A previous winner for Monk, Tony Shalhoub used his time to deliver a humorous speech pointing out that Amy Sherman and Dan Palladino pretty much did everything on the show, while repeat winner Alex Borstein talked about her grandmother surviving the Holocaust in a rather emotional speech.

The upsets didn’t stop in the Comedy categories, however. While perennial favorites Last Week Tonight and Peter Dinklage unsurprisingly won, and Game of Thrones inevitably took Best Drama Series, that’s about where the expectations ended. While Thrones managed to win the top award and Dinklage’s Best Supporting Actor, that’s where its victory lap ended. While considered a lock in the writing and directing categories, the fantasy series lost both categories in shocking twists. Best Writing, unexpectedly and deservedly, went to Jesse Armstrong’s funny/depressing satire Succession, while “The Long Night” lost to a shocked Jason Bateman for his work on Ozark. This is Bateman’s first Emmy, and he seemed both elated and confused. Ozark also managed to top four Best Supporting Actress contenders from Thrones with a win for Julia Garner, who was a gracious, adorable winner who has had a banner past five years. However, the big talk of the Drama categories were the Lead categories, which saw two of the night’s most unexpected, emotional moments. In Best Actress, Jodie Comer defeated her Killing Eve co-star Sandra Oh for her incredibly funny, dark, complex performance as Villanelle. Comer gives the best performance on TV – psychotic, funny, heartbreaking, sexy, and often in four different languages/accents, and all at the ripe old age of 26. Her tear-filled speech made me cheer out loud while simultaneously wondering what I’m doing with my life. And in Best Actor, dark horse contender Billy Porter managed to defeat Jason Bateman and Bob Odenkirk for his poignant, commanding performance as Pray Tell on POSE. Porter is a blast to watch when he wins, and it was even more uplifting knowing that he’s the first gay winner in the category, and only the fourth black man to do so. Oh, and for those keeping track at home, Porter is now 75% of the way to an EGOT. All he needs is that Oscar, and honestly? It shouldn’t be that hard.

Unfortunately, while the surprises in Drama and Comedy managed to excite and embolden the crowd, the wins in Best Limited Series tended to depress with their upsets. For example, Chernobyl swept the major categories – Best Writing, Best Directing, and Best Limited Series – for a glorified history lesson. It’s a fine show, but compared to any of its worthy, game-changing competitors, it was rather disappointing to watch. Meanwhile, Best Supporting Actor witnessed the defeat of Michael K. Williams and Asante Blackk to Ben Whishaw. I love the Paddington actor dearly, but it just felt wrong when compared to his competitors. Still, not every win was a depressing upset-fest. Patricia Arquette pulled off the surprise win for The Act, which saw her give a beautiful, touching speech about her deceased sister, Alexis Arquette, and the importance of trans rights. Arquette won here in order to make way for Michelle Williams to win her first award in any medium for Fosse/Verdon, which led to another beautiful speech that culminated in a call for equal pay for women (Williams famously involved in the All The Money In The World disaster where she performed extensive reshoots with a less-involved Mark Wahlberg and was paid 13% of what her co-star made, despite being the lead of the film). And in the most tear-inducing shock of the night, Jharrel Jerome beat Sam Rockwell and Jared Harris for his powerful work on When They See Us. Every moment of the win was beautiful – his love letter to his mother, the young actor’s humility, and above all, the celebration of the Exonerated Five in the audience in seeing someone win an award for playing them, and Jerome’s dedication to the real Korey Wise. Jerome and Wise were later the center of the Netflix dance floor, and dominated there as well.

Now, with the awards out of the way, let’s talk about the show itself, because it was…yeah, it was something. The show immediately get off to a weird, off-putting start, thanks to a bit with Homer Simpson being announced as host before being murdered by a piano, leaving the job to Anthony Anderson, who shirks his hosting duties to steal Emmys with his mother. It was weird, confusing, unfunny, and confirmed that Anderson probably should have just hosted the entire evening. Throughout the rest of the evening, the bits varied from “kind of funny” to “weird choices” to “downright unbearable.” For example, some of the pairings were pitch-perfect: Ben Stiller and Bob Newhart were quite funny together, Amy Poehler and Catherine O’Hara had a quip-off, and Bill Hader and Phoebe Waller-Bridge should either host together next year or just film a romantic comedy together. Other bits got mixed results – there was a running commentary by Thomas Lennon that involved his color commentary being forced by Fox that got in a few great jokes (““The producers have asked me to give a shout out to any past Leading Actress in a Comedy winners currently watching from prison. Those three weeks will fly right by!”), but also felt like Lennon was doing so under duress. And despite a funny premise and great performers, a Maya Rudolph and Ike Barinholtz bit featuring the duo having Lasik Eye Surgery and trying to read the teleprompter never really took off, and felt like a rehash of the famous Will Ferrell/Kristen Wiig Golden Globe bit. Speaking of stealing bits from other awards shows as we move over to the bad, Ken Jeong tried to create his own “Oscar Selfie” moment with Tik Tok, and it proved to be one of the most jarring moments of the night. There was also an attempt to execute a major musical number starring Adam Devine and somehow not Lin-Manuel Miranda that is so forgettable I didn’t remember it existed until I saw a photo of it this morning. In fact, pretty much the show’s only non-award highlight came in the form of Kim Kardashian-West and Kendall Jenner giving a speech about how they brought about “stories of real people just being themselves and telling their truth” and getting laughed off-stage. God, I love the Emmys’ pettiness.

So that concludes this year’s Emmys coverage! We’re left in a massive quandary for next year – Game of Thrones and Fleabag have both ended. But until then, it will be nice to look at this list of winners and remember how truly spectacular this year has been for television. You can see the full list of winners below.