The saddest race each year is usually Best Supporting Actress. Not because these women don’t give good performances, or deserve praise, but because this award usually goes to the “dutiful wife” role. Basically, these are the women who are required to “Stand By Their Man” as he does something important (or, in The Danish Girl’s bland version, stand by their man as he realizes that he was born a woman).

It’s a depressing trope in Hollywood, and one that Amy Schumer brutally mocked earlier this year on her show.

However, this year may be more interesting, as I currently don’t have any Dutiful Wives in my top five. In fact of my current predicted nominees, I only have one former nominee, and am mainly focused on a pair of sisters that will shock you. So let’s kick off these predictions with them, shall we? 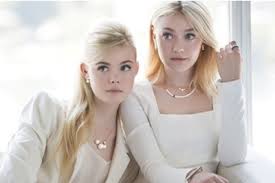 Ok, hear me out. As of July 6, 2016, I predicted that the two frontrunners for Best Supporting Actress are Dakota and Elle Fanning. Wait, wait! Don’t click away! Let me explain why. Both Fanning girls are beloved in the industry, with Dakota coming close to a nomination back in 2002 for I Am Sam and Elle putting out consistently artsy and edgy work. Both truly are talented when you strip away the “child star” cuteness. And both have strong roles in two of the year’s biggest films. Dakota is playing a major role in the highly praised American Pastoral, where she plays the daughter of Ewan McGregor’s All-American character who ends up joining a terrorist organization. That’s some meaty material, and I think the elder Fanning has the chops to pull it off. Her sister, meanwhile, is playing the actress daughter of a local sheriff and KKK-leader. I don’t believe it is a large role, but she has one or two really powerful scenes, and if the film takes off as a major contender, it is entirely possible she gets taken along for the ride. 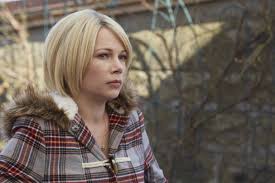 Michelle Williams in Manchester By The Sea

The returning nominee, meanwhile, is Michelle Williams for Manchester by the Sea. Williams has come a long way from her Dawson’s Creek days, giving fantastic performances in Brokeback Mountain, Blue Valentine, and especially My Week With Marilyn. In the most recent film by acclaimed writer/director Kenneth Lonergan, Williams plays the ex-wife of Casey Affleck’s character, who has to return to his hometown to take care of his nephew. I have yet to see the film, but critics say that she has one powerhouse scene, and as I stated before, this is often enough to secure a nomination. In fact, this sounds like it is in the wheelhouse of former winners such as Alicia Vikander and especially Patricia Arquette, both of whom play ex-wives with powerhouse scenes to set them over the edge. The only thing I see standing in her way is the fact the film is produced by Amazon, and the Academy has a troubled history with streaming contenders. However, as long as a proper studio release is scheduled, I don’t see anything in the way of another nomination (or even win) for the talented young actress. 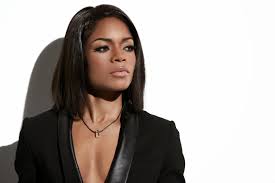 The final two slots, I predict, will be filled by two “Hot Young Commodities.” These are the types of actresses who are young, talented, and consistently putting forward good work. Think Keira Knightley, Lupita Nyong’o, or Rooney Mara. This year, I predict two actresses have a shot at this spot. The first, and probably a near-lock, is Naomie Harris. Harris has been putting out good work for years, and finally broke through to the mainstream as the new Moneypenny in the James Bond series. Harris has two potential nominations for this year’s ceremony, Collateral Damage and Moonlight. I’m going to rule out Damage right now, because early test screenings say this one is a disaster. However, Moonlight not only shows promise, but has also received positive early feedback, and people are naming Harris as the film’s breakout. Between these two performances, as well as the fact that they need to show their *ahem* diversity, Harris should be a contender at this year’s Oscar ceremony. 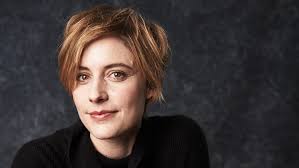 Finally, we have Greta Gerwig. Gerwig has become a stable of the indie scene, directing, writing and starring in films reminiscent of the French New Wave. The closest she has come to the mainstream was her artsy female-based remake of How I Met Your Mother, which got cancelled before it was ever filmed despite a promising cast. Gerwig will be starring alongside Annette Bening in Mike Mills’ 20th Century Women as a free spirit who teaches the main character about love. That’s not enough to predict a win for, but considering the director, the concept, and Gerwig’s talent, I think this could be a breakout performance this year.

The only thing to keep an eye on is Category Fraud. Studios get desperate for Oscars, and often move people about from category to category, regardless of the size of the role. Look at last year-Rooney Mara was the lead of Carol, and Alicia Vikander was arguably the lead of The Danish Girl, and yet both were nominated for Supporting Actress. I call bull. However, both of these attempts were successful, so we may see a repeat last year. Therefore, keep an eye on Viola Davis-whose performance won the Tony for Best Leading Actress on Broadway, but historically has been pushed as Supporting-for Fences or Annette Bening-who is essentially playing an Arquette-in-Boyhood style role-in 20th Century Women. Both of these women could get switched around depending on the depth of the field, and then all our predictions will go to hell. However, until then, I’ll keep them planted firmly in the Leading category.

Other contenders consist of national darlings Brie Larson as a guns dealer in Free Fire or Jennifer Aniston as a grieving soldier’s mother in The Yellow Birds, “bad” actresses turning over a new leaf like Kristen Stewart as a PTSD-ridden soldier’s sister in Billy Lynn’s Long Halftime Walk or Sienna Miller as a gangster’s moll in Live By Night, former winners Kate Winslet in Collateral Damage or Laura Linney as the Dutiful Wife in Sully, the 90s darlings like Jennifer Jason Leigh as LBJ’s dutiful wife or Laura Dern in Wilson (or the non-dutiful wife in The Founder, a highly anticipated film that I have read the script for and hated), or the shocking breakout stars like Rebecca Ferguson in The Girl on the Train or Aja Naomi King as a fellow slave in The Birth of a Nation. Really, there’s a lot of potential here, and I hope that the Academy makes the right choice and doesn’t screw it up.

You can see my Top Five below, and you can see the rest of the contenders here: