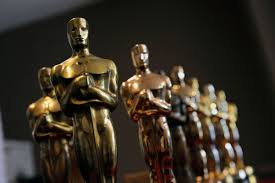 Predicting the Oscars is a fool’s quest. Basically, you are attempting to guess the whims of a bunch of 70-year old white men who want to honor films about other white men who were important when they were children, while simultaneously appeasing every other demographics in order to stay relevant. In the past 15 years, approximately three times did the truly groundbreaking “deserving” film win Best Picture. I say all of this so you understand my frustrations going in. This way you don’t think I’m getting cynical as time goes on. Because the truth is I love this season and predicting the state of the awards. Why else would I be doing it since 2009? The trick to predicting the awards is following the trends of Hollywood and figuring out the key directors, actors, producers, dates and festivals that can help you come to a decision. However, as some of you have lives to live and cannot keep up with every single breaking detail, I’ve decided to offer my assistance.

Now I should point out that predicting this far in advance has its disadvantages. For one thing, you have to make a gut call that a film will be good or bad months in advance. Using my own failures, let’s look at two past examples. Story One: In 2014 a film broke in early June called Birdman or (The Unexpected Virtue of Ignorance). I wrote it off, thinking it was a pretentious title. I knew the director was renowned, but the cast seemed meh, and the trailer that was eventually released didn’t impress me. What’s more, where would I put it? The film that was going to sweep the Oscars that year, I was certain, was Unbroken. Birdman ended up topping most Critics’ Top Ten lists and received nine Oscar nominations, and won Best Picture. Unbroken was a terrible film, critically panned and received mere token Oscar nominations, essentially a “thanks for trying” prize. Story Two: All the signs pointed to it winning the 2015 Oscar race. The actors were all Oscar nominees. The script was supposed to be golden. The trailer was incredible. The director was on a hot streak. The test screenings were positive. Yes sir, Joy was going to win Best Picture. Who cares if Spotlight and The Revenant were making a play for Best Picture? They’d be lucky to be nominated against the forces that were J. Law and O. Russell. Then the film came out. Jesus, what a stinker. The film got one nomination. My point is you never know how a film is going to do until it comes out, no matter the signs. Furthermore, you never know what late breaking hit is going to come out and sweep the awards. Last year, we got the last minute release of The Big Short, which I expected to be a nominee in the very article you’re reading now. It wasn’t supposed to be ready in 2015. And yet, there it was, breaking late and stealing the attention. At least it had the decency to be good, unlike 2014’s late breaking American Sniper. Not only did that film completely f*ck up my predictions, it didn’t even have the balls to be a good movie. But that’s an article for another time. 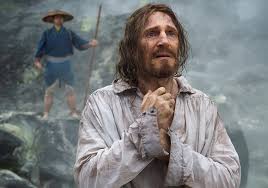 However, despite all of these trepidations, you really can predict about 80% of this stuff with absolute certainty. And that’s what I’ll be kicking off this week. I’ll start by pointing out the two absolute certainties. Martin Scorsese’s Silence and Ang Lee’s Billy Lynn’s Long Halftime Walk will both be announced that cold January morning. Scorsese (an Academy favorite) is making a period piece (a huge Academy favorite) involving religion (God, the Academy is going to bang this movie so hard). The story of two Catholic priests trying to find their mentor in a Japan that puts Catholics to death, they find their faith tested as they try to lead their flock against persecution. This is the type of film that will receive many Oscar nominations, and probably deservedly so. The other film, Billy Lynn, is a war dramedy by Ang Lee. Lee-one of the better directors out there-is taking on the way the United States’ treatment of its soldiers, and as long as the film doesn’t go too negative against the Iraq War (which the Academy is fairly divided over), it should be a big player. What’s more, Lee is using 120 fps for some of the scenes, a risk that, in his hands, should pay off nicely. The film tells the story of a nineteen-year old soldier who, after his squad gets into a vicious firefight on live television, is sent on a publicity tour around the country, being exploited by everyone. The film stars Steve Martin, Kristen Stewart and Vin Diesel, and should be a technical darling, a key to being a Best Picture contender. 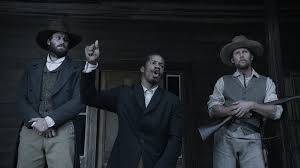 And now’s the time where the white guy is going to try and talk about race. It’s kind of inevitable, after #OscarSoWhite. Personally, I thought that Best Picture field was an improvement (with the exception of maybe The Martian getting in over Creed) from the previous year, where Selma-the best film of 2014-got completely snubbed by the Academy, ignoring the performance by David Oyelowo to instead honor Eddie Redmayne cocking his head to seem smart or Bradley Cooper rocking a plastic baby. However, it always takes people a little bit longer to get angry, and the Academy will do whatever it takes to get attention off their backs, so they will be nominating anyone and any film involving color just to save their own asses. Luckily, they have an abundance to choose from, as we have at least four films focused on African Americans coming out this year with all-star teams backing them. The only one that is a certain lock is the Sundance darling The Birth of a Nation. Directed by Nate Parker (The Great Debaters, About Alex), the film tells the story of Nat Turner, a slave turned preacher who is inspired by God to lead a rebellion against slave owners. Imagine a cross between 12 Years a Slave and Braveheart. Reviews so far have been glowing, and expect the film to be the Academy’s mea culpa. As if this wasn’t enough, perennial Academy favorite Denzel Washington will be directing a film adaptation of the Pulitzer Prize-winning play Fences, bringing along his former co-star Viola Davis. The play is considered a powerhouse, and as long as the film is better than August: Osage County (which I liked and nobody else did), it should continue Denzel’s love affair with the Academy. We also have Loving, a film by indie darling Jeff Nichols telling the story of the couple that sued for the right for interracial marriage in the South. The film received quiet buzz at the Cannes Film Festival, and should do well in the acting categories, at least, come Oscar season. Finally, we have Moonlight, a film about a young black man coming of age in Miami during the 80s drug era. The film hasn’t made any waves yet-we don’t even know if it’s coming out this year-but I’ve learned to keep my eyes open for these kind of under the radar films. I mean, last year I was on the record saying “Ignore Room and Spotlight. They’re minor blips.” That worked out well for me. 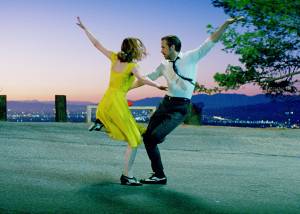 Now, many of these films I’ve described are certainties. I’m convinced that Silence, Birth of a Nation and Billy Lynn are locks. However, none of them are my pick for #1 right now. And this is where I’m going big or going home. This can backfire big for me-I’ve never predicted a winner this far out before, and last year’s Go Big moment was Joy-however, what’s the point of trying if you aren’t going to have fun with it? So my #1 pick is Damien Chazelle’s La La Land. Following up his smash debut in Whiplash, Chazelle is taking on the monumental task of an original musical about life in Hollywood starring Emma Stone and Ryan Gosling. That’s enough for my ticket, but considering Summitt moved the film from Blockbuster season into the heart of Oscar season, not to mention the fact that early test screenings have received raves, I’m convinced that this will be a major Oscar player, and hopefully the winner. (Ed. Note-I may be biased, as I happen to know Damien’s now-ex-wife’s cousin, who tells me Damien stories, but I digress…)

After these, what else is there? Well, literally anything’s possible. Could they go in for Disney with Finding Dory, Moana or Zootopia? Probably not. How about sci-fi? Maybe, if you’re more specific. Independence Day: Resurgence is probably out, but Passengers, a space romantic-dramady starring Chris Pratt and Jennifer Lawrence? Now you’re talking. What about a romance? If you throw in pretty costumes and old Hollywood, like Warren Beatty’s doing with his first film in 15 years titled Rules Don’t Apply, then sure. After that, it’s anyone’s guess. 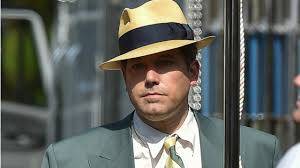 After that, the field is wide open with potential candidates. It could be Ewan McGregor’s directorial debut American Pastoral (I have my eye on that one). It could be an indie film, like Collateral Beauty (although early word on that one is it is terrible, which may be why Warner Bros. moved up Live By Night), The Yellow Birds or 20th Century Women. It could be a commercial hit, like Finding Dory or (presumably) All Eyez on Me, the Tupac biopic. Or it could be some major studio or director’s new efforts, like the Boston Marathon bombing film Patriot’s Day or Mel Gibson’s don’t-call-it-a-comeback Hacksaw Ridge. Regardless, we have six months ahead of us, and I plan to keep you updated on the changing tide as soon as I get a whiff of news. I have posted my Top 9 (I’m currently anticipating nine nominees, as it is a floating number between 5-10. I know it’s stupid, but you’re the ones that got all pissy over The Dark Knight and Wall-E) below, and you can see the full list of the Contenders in the Oscar Predictions section by clicking here. Predict well, my friends.