It’s rare that we have a year as impressive as this one in the Best Actress race. It shouldn’t be that way – we’ve experienced some of the best female performances in recent memory in the past few years. Yet the Academy still skews male, and outside of the rare Shape of Water, few Best Actress contenders ever really find steam. Not so this year, where we have at least three Best Picture contenders with major female stars, and each one has a real chance to win. So let’s stop beating around the bush and look at one of the most riveting Best Actress races in recent memory.

The Best Actress race, mostly voted on by male Boomers, usually comes down to two archetypes: the aging stateswoman and the young ingenue. Don’t believe me? Look at 2017, where Meryl Streep and Frances McDormand went up against Saoirse Ronan and Margot Robbie, with Sally Hawkins filling the interim. And least one of those names is guaranteed to duplicate her success this year. So with this in mind, let’s break down the mature legends, starting with the previously mentioned McDormand. Nomadland is this year’s Oscar frontrunner, connecting with audiences left and right, thanks to the impeccable direction by Chloé Zhao. However, the only reason the film works, given its outside-in look at a bunch of real-life folk trying to make their way through this tough modern world, is because of McDormand’s terrific central performance. McDormand’s is the type of role that doesn’t often get nominated. It’s an internal, cold performance, a human who struggles to connect and keeps her emotions on the inside. But in a lot of ways, it’s also a warm-hearted mirror to Casey Affleck’s Manchester By The Sea: a grief-stricken introvert who struggles to connect and would rather live in solitude in nature. McDormand is terrific in the role, exuding warmth in what could have been a very cold role, and if the Academy goes nuts over this performance, she may very well win – tying the record of Daniel Day-Lewis for the most leading actor wins.

Equally powerful is Viola Davis for her work in Ma Rainey’s Black Bottom. Davis is a legend in her own right – equally as iconic as McDormand, and arguably on the same level as Meryl Streep – although far less nominated, for reasons I’ll get into. Davis has a juicy, Tony Award-winning role to chew on in Ma Rainey, playing the iconic blues singer in all her broken glory. Ma Rainey is a captivating character, with fake, crooked teeth, a haggard appearance showing her age (and the effect of racism) in her worn appearance, and yet possesses a confidence that varies from terrifying to mesmerizing, often in the same scene. Just as she did with her Tony/Oscar-winning role in Fences, Davis relishes in August Wilson’s dialogue, and even if it’s easy to argue that she’s not the lead (it is technically Chadwick Boseman’s story), Davis owns the screen in each and every scene, whether she’s screaming at a techie, lusting after her flapper girlfriend, or singing her heart out with a truly-memorable performance of “Black Bottom.” It is hard to imagine Davis getting snubbed, and there’s even evidence that she may win; after all, only one Black woman has won Best Actress in 92 years, and in a year where such issues are on the front of everyone’s lips, I’d have to think that the chance to give one of the greatest living actresses her second Oscar is going to be too good to pass up. Look for Davis to earn her fourth Oscar nomination next month. 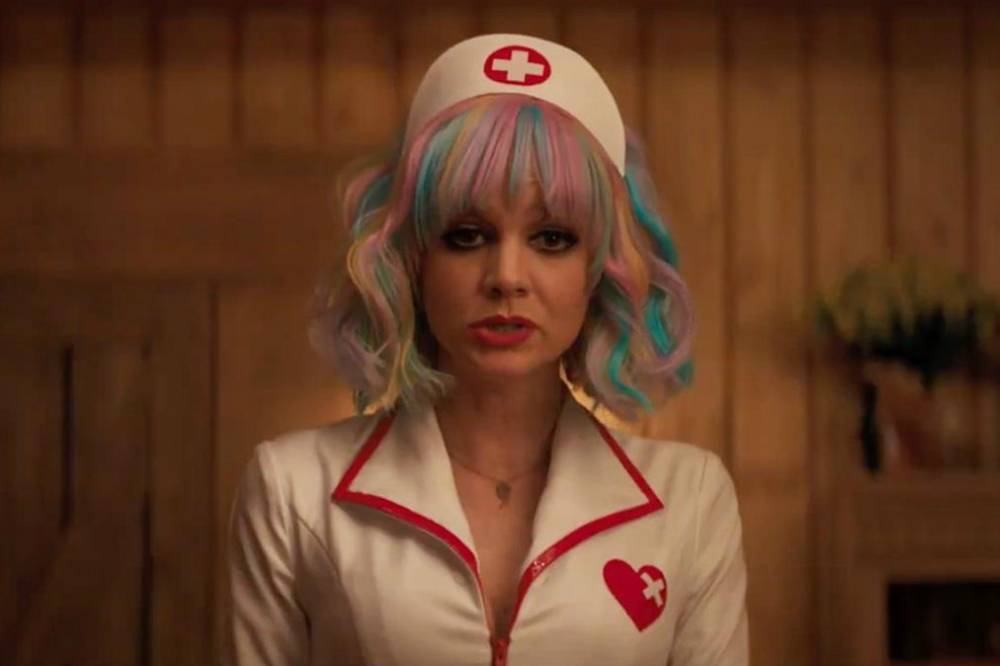 Up next, we have the ingenues; the young actresses who give captivating performances and capture the attention of the older Academy. This year, we find ourselves in a challenging situation: the Carey Mulligan problem, as I like to call it. Mulligan has been one of the biggest stars of the last decade, ever since her Oscar-nominated breakthrough in An Education. This year, she starred in Promising Young Woman, a fascinating film that works on the back of her terrific performance. Mulligan is fascinating and terrifying, playing an Angel of Vengeance not unlike Robert De Niro in Taxi Driver or Joaquin Phoenix in Joker (and better yet, she has a REASON to be so angry, as opposed to the embittered tools of the aforementioned films). With Promising Young Woman currently making waves in the awards race, it seems like a given that Mulligan will not only receive a nomination, she might win. There’s just one problem: the film is such an indictment, it could also very well turn off the voters. I’m not convinced that this would happen – after all, reports indicate that it’s a favorite amongst even 80-year-old voters in the Academy, who this film is Very Much not for. But come on…if you had to pick a film that would turn off the voter base and end up not getting nominated, a la Arrival, wouldn’t you think it’d be the film with the “unlikable” main character (I disagree, that’s just the argument out there)? I’m hedging my bets and putting Mulligan at #3. If she gets in, she’s in a dead heat to win. If not, don’t say I didn’t warn you.

Equally ingenue-esque is breakout star Vanessa Kirby. Kirby has been a rising star for a few years now, after winning over similar voters for her work on The Crown (she received an Emmy nomination). 2020 was definitely her year, as she had the one-two punch of Pieces of a Woman and The World To Come. Kirby is technically Supporting in World, which works out just fine for her – all her chips are with Pieces of a Woman. While I felt the film was a bit of a mess across the board, there’s no denying the power of Kirby’s performance. From the opening scene, as she captures the realities and terror of a home birth-gone-wrong, Kirby is mesmerizing – honest, raw, and giving the performance 110%. As the film goes on, Kirby balances a rough character with grace and elegance: she has to mix grief, anger, confusion, depression, detachment, and apathy all at once, while still keeping the character likable and interesting. Her subtleties are certainly worth mentioning, but it’s hard not to think that the Actors Who Love Acting will give her a vote based on a fierce, fascinating, slightly-improv showdown with the legendary Ellen Burstyn. That Kirby holds her own is a sign of her power as a performer. Now, Kirby is not a sure thing. Like Mulligan, I can see voters getting turned off by the film’s hard-to-watch narrative and the utter pretentiousness of the direction. But I simultaneously can’t imagine Kirby missing out on that nomination, so in she goes. 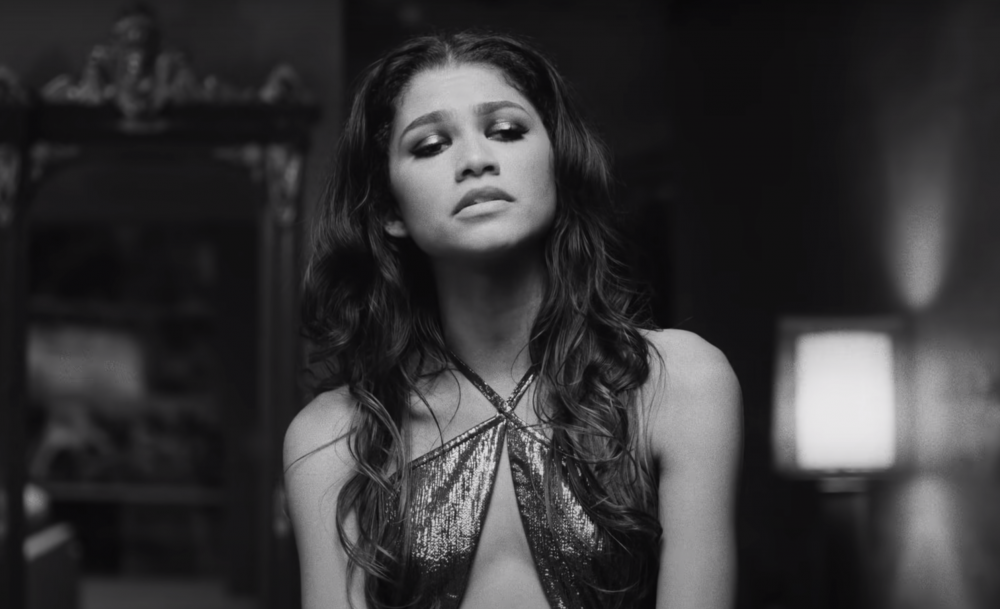 And finally, we have the real trick: who gets that fifth slot? Will it be an ingenue? A screen legend? Someone in-between? There’s certainly a great handful to choose from. Sophia Loren has her legendary status to drive her forward for an oft-forgotten Netflix movie. Sidney Flanigan has the critics’ support for her strong work in the otherwise-forgettable Never Rarely Sometimes Always. And Amy Adams got a SAG nomination for the critically-reviled Hillbilly Elegy – it’s worth remembering that while critics disliked it, Academy voters reportedly loved her gonzo performance as a drug-addicted mother. But at the end of the day, I’d say there’s three likely nominees battling it out for the final slot. Meryl Streep is always a contender, and even if The Prom underperformed and she threatens to split the vote with herself, it’s still a fool’s errand to bet against Meryl. Meanwhile, Andra Day single-handedly carries The United States vs. Billie Holiday, and she already has a Globe nomination to show for it. But if you ask me who I’m predicting, it’s gotta be Zendaya. I’ve had a hunch that Zendaya would sneak in since long before anyone had seen Malcolm and Marie – last November, in fact – due to her surprise upset for the Emmy earlier this year. Similar to the Melissa McCarthy/Helen Hunt effect, people like seeing the breakout star win and give emotional speeches. She’s just so damn likable. Even though the film is getting lambasted for its idiotic writing, Zendaya is often singled out as the film’s saving grace. Look for Zendaya to earn her first Oscar nomination in what is sure to be a legendary career.

That wraps up my current slate of Best Actress contenders, as well as my look at the lead performances in the hunt for Oscar fame. Of course, there are still lots of variables to consider. Michelle Pfeiffer and Kate Winslet could get pushed in by the BAFTAs for their work in French Exit and Ammonite, respectively. Nicole Beharie could ride her critical acclaim all the way to the Dolby Theater for Miss Juneteenth. Anya Taylor-Joy could pivot her Globe (and future Emmy) love into an Emma. nomination – after all, there is evidence from the Oscar shortlists that Emma. was well received. Maybe Elisabeth Moss could sneak in for The Invisible Man. And if Minari really plays well, don’t be surprised if Han Ye-ri pulls off a Revenant/Roma style Oscar surprise. After all, anything is possible. Last year I only got 2/5 predictions right (although the other three were listed as contenders, which is good). And this year only one of my early contenders is still on the table – Rachel Zegler and Jessica Chastain were pushed back to 2021, while Meryl and Amy Adams…well, their films never fully landed. We’ll know for sure next month. And until then, you can see the full list of Best Actress contenders right here, and you can see my updated overall Oscar predictions here. As always, here are my Top Five: