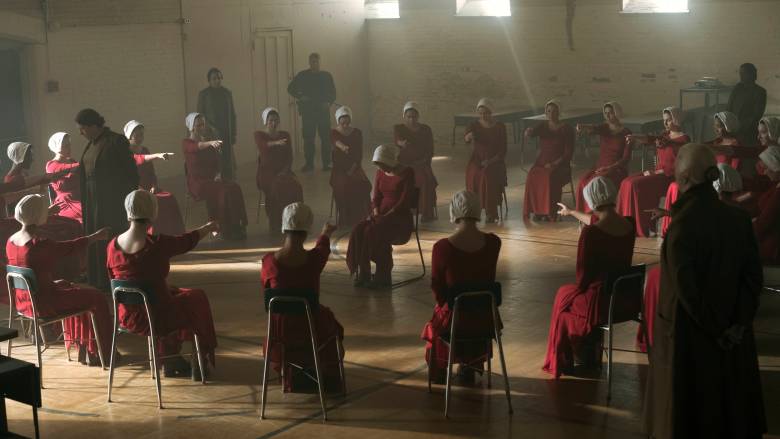 For the most part, the 69th Primetime Emmy Awards were fairly predictable. I myself went 16/27, which is way too high for a year when so many shocks are capable of being delivered (remember that Game of Thrones was ineligible for coming out in the summer, and will likely dominate this year). This mean that the excitement had to come from two places: the speeches, and the bucking of tradition. Luckily, both delivered.

Before I elaborate on those two requirements, allow me to recap the awards of the night. Obviously, total domination was held from three places: Big Little Lies, which won all but one of the Miniseries/TV Movie Categories it was eligible for, Saturday Night Live, which won every category it was nominated for except for writing (deservedly so; even if, like me, you grew tired of Emmy winner Alec Baldwin’s one-note impression – I much prefer The President Show’s Anthony Atamanuik – it was undeniably a strong season across the board, from David Pumpkins to Scarlett Johansson’s entire episode), and of course, the night’s big winner The Handmaid’s Tale, which won the expected awards (direction, writing), the hinted at awards (Drama Series, Lead Actress Elisabeth Moss), and the shocker that was Ann Dowd, who looked so beautifully confused when they called her name, despite having been the best part of, like, four different shows this year. The woman is a national treasure. Meanwhile, last year’s winners Veep and Last Week Tonight won two Emmys apiece, including the top prize in their fields, however, they found their usual bounty split up amongst fresher, younger shows. This mainly meant we got to see Donald Glover become a two-time winner, for directing “B.A.N.,” one of the best television episodes of 2016, and for starring in the show he created, wrote, and produced, Atlanta (the show that should have won Best Comedy). This, however, is where things get interesting.

You see, we got to witness history being made over and over last night. Several of those winners were amongst the first in their field. Donald Glover was the first African-American to ever win the Best Director Emmy, and the first to win Best Actor in a Comedy since 1984. Sterling K. Brown was the first African-American to win back-to-back Emmys (after his remarkable turns on both The People vs. O.J. Simpson and This Is Us). Elisabeth Moss finally won an Emmy after seven nominations, most of which came for her groundbreaking work on Mad Men. And, perhaps most excitingly, Lena Waithe, the first African-American woman to ever be nominated for writing on a comedy series, won, and received a standing ovation from the crowd. Having watched the episode a few nights ago in the build-up to the win (the episode being “Thanksgiving” on Master of None, and following her real-life situation to come out to her traditionally black mother and the ups and downs that went into family Thanksgivings surrounding the event), and I can confirm that it is truly thrilling writing, changing the game in its heart, soul, and realism, and deserves to be lauded as an all-time great in television history. The speech she gave afterwards was one of the best of the night. Other great speeches include Donald Glover’s – both of them, draped in a fabulous purple tuxedo – Ann Dowd’s, who fought back tears throughout, John Lithgow, who exuded class and intelligence in a subtle, yet poignant speech, the half of Nicole Kidman’s speech that wasn’t rambling where she thanked her daughters and called for support of domestic abuse victims, what we could hear of Sterling K. Brown’s, who explained why it was important to have heroes like himself, Andre Braugher’s Frank Pemberton, and more positive examples of African-Americans for young kids to look up to, before being unceremoniously cut off because of Kidman going over, and Charlie Brooker, who won not only Best TV Movie for his groundbreaking and innovative “San Junipero,” but also won a surprise Best Writing trophy. “San Junipero was one of the best episodes of television last year, and you should watch it if you get the chance. Oh, and while I’m at it, I should point out that Jackie Hoffman from Feud had a background bit where she faked anger and resentment toward Best Supporting Actress winner Laura Dern for beating her, and it was my favorite thing ever (watch the clip again, and you can see her yell “Damn it!”).

That concludes this year’s Primetime Emmy Awards rundown. Overall, it was a fairly boring show, livened by meaningful wins and strong speeches. Oh, and an appearance by former Press Secretary Sean Spicer, which, love it or hate it, certainly made everyone in the room and around the world collectively gasp. Kudos to the producers for eliciting that response, I guess. If you need me, I’ll be watching The Handmaid’s Tale and Big Little Lies to make my own assessment, and you should all be watching Atlanta, Master of None, and “San Junipero” so you can learn why everyone last night kept referring to this as the Golden Age of Television, which it very well may be (or at least a Golden Age). You can find the full list of winners below.

Outstanding Directing for a Comedy Series

Outstanding Directing for a Drama Series

Outstanding Directing for a Variety Series

Outstanding Writing for a Comedy Series

Outstanding Writing for a Drama Series

Outstanding Writing for a Variety Series