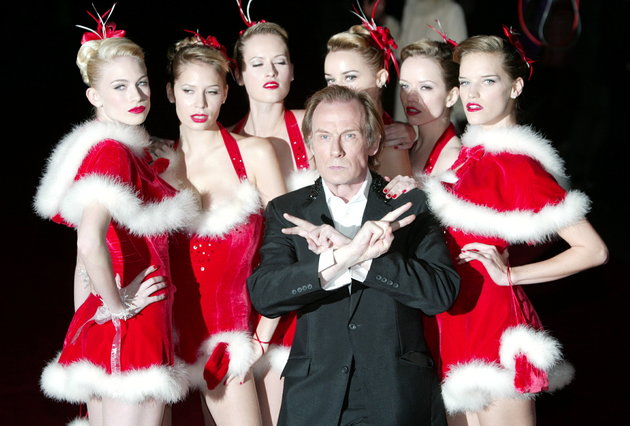 I have some news that is about to split my fan base down the middle. I may lose readers, I may gain some new ones, but all I know is that this needs to be said: Love, Actually is a sh*tty movie. It’s terrible. It’s not funny, the “romance” is creepy, and while there are good performances from otherwise great actors (Bill Nighy, Alan Rickman, and Emma Thompson stand out, while Hugh Grant is decent at best, even if he dooms England into World War III by pissing off a presidential combination of George Bush with Bill Clinton’s sex drive). For everyone who thinks this movie is funny, remember it opens with a 9/11 story. For everyone who thinks this movie’s sweet, remember that Andrew Lincoln (“COOORRRAAAALLLLLLL!!!!!”) tries to ruin his best friend’s life with the douchiest move ever to win over Keira Knightley, his friend’s wife. Hell, the only romantic plot in the movie involves Martin Freeman as a sex scene butt double. All in all, I hate this movie, and you should too. Which makes the news I’m about to share with you even more sickening.

In honor of the annual Red Nose Day, when celebrities in England get together to do sketches to raise money for sick children, almost the entirety of the cast is reuniting with writer/director/war criminal Richard Curtis to create a 10-minute follow-up sketch to see where all these romances are now. This includes Hugh Grant, Keira Knightley, Andrew Lincoln, Colin Firth, Bill Nighy, Liam Neeson(s), Thomas Brodie-Sangster (the adorable boy), Olivia Olson (the adorable girl), Marcus Brigstocke, Martine McCutcheon, Lucia Moniz, and Rowan Atkinson.

A couple of thoughts based on the information we have. First, it is incredibly disturbing to me that Chiwetel Ejiofor is not listed here, who plays the husband in the infamous “Cue Card Scene.” I swear to god, if Knightley left him for Lincoln, there is no God. Second, where are all of the actually good characters? I understand that Rickman has passed away (a real tragedy), but what about Thompson, or Freeman, or Laura Linney? WHAT’S THE POINT OF THIS SPECIAL IF THE ONLY GOOD PEOPLE AREN’T IN IT?!? And third, I will forgive this special for everything as long as it is just ten minutes of Hugh Grant reprising this dance. This is an objectively good scene. I’ll admit that. Anyway, this abomination will premiere on March 24th in the U.K. and May 25th in the U.S. God be with us all.