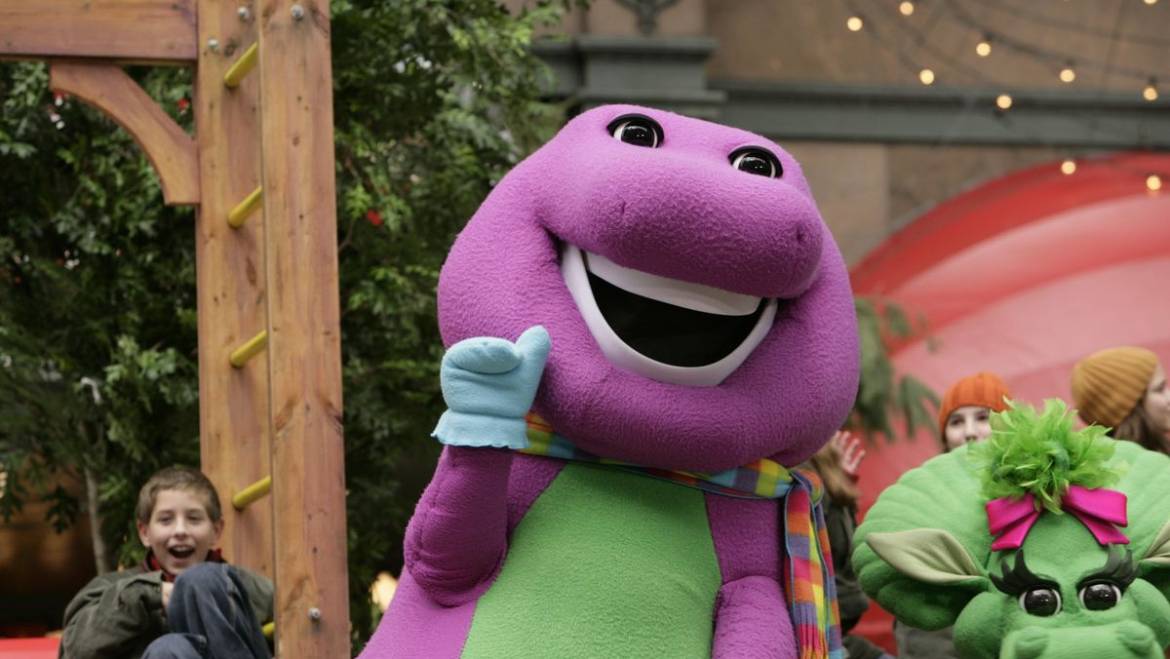 I’ve said before, and I will say until the end of time that my childhood was relatively simple in terms of the things I enjoyed. In the same way that today’s children are obsessed with Paw Patrol and Vampirina, mine could be boiled into three general favorites: Peter Pan, Godzilla, and Barney The Dinosaur. The third one, in particular, was my beloved obsession: I had a Barney figurine as my favorite toy, I owned all the tapes at one point (is that where my movie love comes from?) and I could sing all the songs. However, thanks to a rising resentment amongst the adults in the country, and a dwindling amount of support amongst the new generation, Barney’s legacy has fallen by the wayside, and he only received one theatrical film, which failed at the box office. However, as hostilities in this country continue to boil over, and goodhearted figures like Mr. Rogers begin to make a comeback, my beloved purple friend is now apparently poised for a comeback – and he’s found an unlikely champion to make that happen.

Last Friday, it was reported that Academy Award-nominee Daniel Kaluuya, the star of Get Out, Black Panther, Widows, and the upcoming Queen & Slim (four adult dramas with real stakes), is signing on to not only star in, but also produce an upcoming Barney The Dinosaur feature film. Not much is known about the plot at the moment, but it is assumed that someone will probably forget about childlike wonder, and Barney will come along to sing “Mr. Knickerbocker” and “I Love You” to restore faith in our fellow man.

This is such a weird, fascinating project to me. Outside of perhaps me, no one is desperately clamoring for a Barney movie. And the fact that Kaluuya’s press release is so weirdly dark (“Barney is a ubiquitous figure in many of our childhoods, then he disappeared into the shadows, left misunderstood. We’re excited to explore this modern day hero and see if his message of ‘I love you, you love me’ can stand the test of time”) leaves more questions than answers. Nevertheless, I am excited for this film. I want to see what Kaluuya can come up with. I want to see Barney, Baby Bop, and the unfortunately named B.J. up on the big screen again. And I want to see if this film can finally bring about Justice For Barney. I’ll have more information on this film as it continues to develop.