Behold: A Comedian Has Written The ‘Seinfeld’ 9/11 Episode

HomeNewsBehold: A Comedian Has Written The... 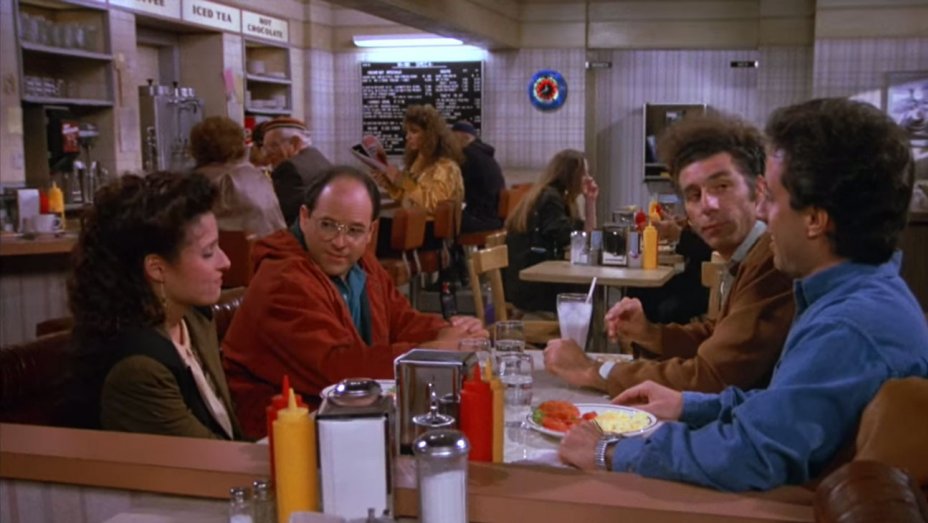 Seinfeld is, to many people, the greatest sitcom to ever air. It’s mundane satire and brilliant performances have never left television since it first premiered in 1989. I personally have many a fond memory of buying greasy junk food late at night, heading over to my best friend’s dorm room, and watching reruns while our homework sat undone. I’d like to think we passed college because the show made us smarter. It probably also made us more callous human beings, but that’s neither here nor there. My point is, ever since the show ended, there has been an undeniable gap in quality television content.

Enter Billy Domineau, a former Onion correspondent and current Saturday Night Live Weekend Update writer. While helping with an improv assignment, Billy got a wicked idea over a “lost” episode of the hit 90s television program, one so dark and so twisted, I can’t help but think that Jerry and Larry David will be proud. A warning before we proceed: the following episode is incredibly dark and incredibly morbid. If you aren’t as big a fan of such humor as I am, I would probably stop reading right now.

The episode is titled “The Twin Towers,” and if you can’t guess based on the title alone, it’s the Seinfeld 9/11 episode. It features all four of the main characters getting up to morally reprehensible behavior, as well as appearances from all of your favorites, including Jackie Chiles, George Steinbrenner and of course, Newman, all set amidst the backdrop of New York City in the weeks following the attacks. If you’re wondering what our “heroes” are up to, George convinces people that he was a hero who saved lives inside the Towers, Elaine is upset to learn that the guy she was going to break up with for making annoying sound effects actually survived the attack, Jerry the Germophobe is horrified at all the dust covering the city, and Kramer just wants to be reimbursed for the box cutter he inadvertently loaned his friend Mo Atta (the terrorist who did the direct planning). It all plays out deliciously well, standing up with some of the best episodes the show had done.

Obviously this episode will never be made, but quite frankly, it reads so clearly with the characters’ voices and decisions, and captures the show’s mundane humor so well, I kind of wish the gang would get together, just once more, to bring this episode to life. If South Park can make a Looney Tunes episode about Bin Laden a month after the attacks, then surely Jerry and Co. can bring us the episode that can, after all these years, help us find the humor in even our darkest moments. I’ve placed a copy of the script below, feel free to read it, but be prepared to laugh and gasp throughout.