Sad news today as Academy Award-winning director Michael Cimino passes away today at the alleged age of 77. I say “alleged” because he kept his personal life shrouded in mystery, although it is believed he was born February 3, 1939. 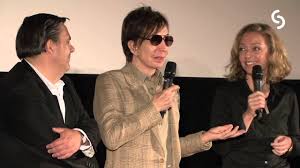 A third generation Italian-American, Cimino grew up in Long Island before attending Michigan State University, majoring in graphic arts, eventually going on to earn his Master’s from Yale University.

He then moved to Hollywood and, through his writing of films for Bruce Dern and Clint Eastwood, worked his way into the director’s chair. His first film, Thunderbolt and Lightfoot, a crime film starring Eastwood and Jeff Bridges, earned strong reviews, was a hit at the box office, and earned Bridges an Academy Award nomination.

Cimino followed this up with his American war epic The Deer Hunter. Starring Robert De Niro, John Cazale, Christopher Walken, and an unknown actress named Meryl Streep. A three hour drama following three friends from a small town as they get married, get drafted into the Army, are taken prisoner, and eventually try to assimilate back into the real world after what they have seen and experienced, the film is regarded as one of the best of all time, as well it should be. The famous scene where the prisoners are forced to play Russian Roulette is the stuff nightmares are made of, and Quentin Tarantino has dubbed it one of the best sequences in film history. The film won Cimino the award for Best Director, earned an Oscar for Christopher Walken (that’s right, folks, Walken has an Oscar), and took home Best Picture.

Cimino followed this up with Heaven’s Gate, one of Hollywood’s most infamous tales. Excited over the critical and box office success that was The Deer Hunter, United Artists allowed Cimino to make a Western epic about a war in the old west between land barons and European immigrants. Unable to compromise, the film was universally panned by critics and bombed horribly at the box office-taking home $3.5 million on a budget of $44-to the extent that Cimino never received a major directing job again and United Artists went out of business. Other companies, notably The Criterion Collection, later discovered the studio had tampered with the version released, editing it down to two hours. Cimino’s vision was a five-hour epic. A four-hour Director’s Cut was put together and released in 2012, and the film is now regarded as a modern masterpiece of cinema.

While never receiving a directing gig capable of matching two again, Cimino has had his hand on multiple projects through the years, including a film about the life of Janis Joplin that later became Bette Midler’s The Rose, the original version of Footloose, Born on the Fourth of July, a Casablanca-esque “political love story” called Perfect Strangers, and his two dream projects, The Fountainhead and Crime and Punishment.

He passed away peacefully surrounded by those close to him, as well as the two women who loved him. He was a truly visionary director, and he will be missed.