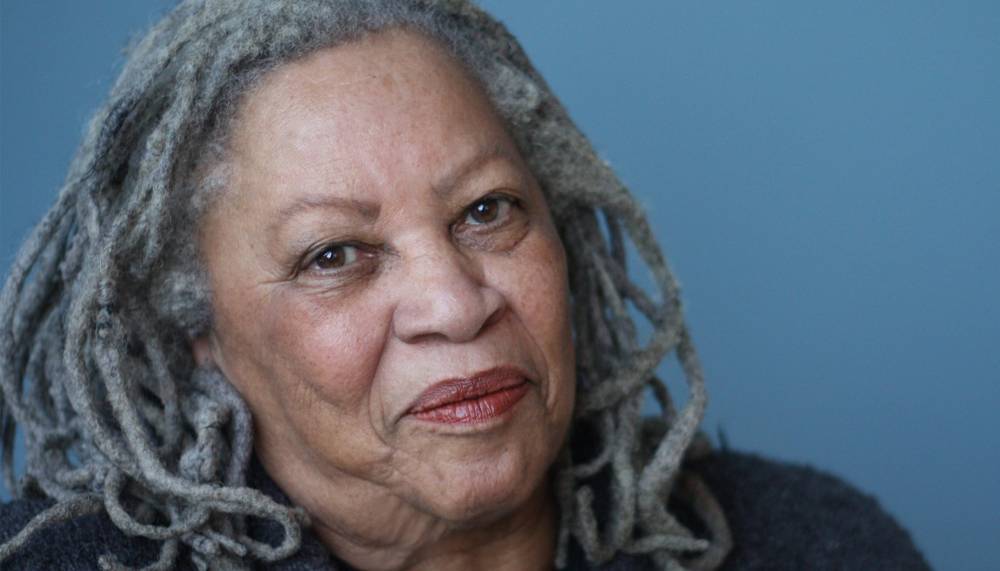 There are few truly legendary authors left alive at this point in history. I’m not saying there aren’t great authors out there – I’m talking about the legends that transcended the art form, who were instantly recognizable, and whose work can sit alongside Moby Dick and Jane Eyre on the wall of classics. Today, we have lost one more legendary author, as Toni Morrison, author of classics The Bluest Eye and Beloved, and the 1993 recipient of the Nobel Prize in Literature, has passed away at the age of 88 from natural causes.

Morrison was born in Lorain, Ohio to Ramah and George Wofford. Her family had moved there to find work in the steel industry and escape the racism of the South – her father had witnessed two lynchings in his youth. They were eventually driven from her childhood home when their landlord set the house on fire to force them out. To escape these traumas, Morrison escaped into the works of Jane Austen and Leo Tolstoy, the traditional African-American folktales her parents told her, and a deep understanding of Catholicism, to which she converted at the age of 12. Upon turning 18, Morrison enrolled in Howard University, as a way of getting in touch with her black roots. It served as one of her first introductions to true segregation. She later earned her Masters in English from Cornell and began teaching English at Texas Southern University.

Shortly after divorcing Harold Morrison, Toni began working as an editor for the Texas branch of Random House Publishing, before being transferred to the New York branch to become their first black woman senior editor. She dedicated her time in the position bringing black literature to the mainstream, including Angela Davis and the autobiography of Muhammad Ali. However, during this time, Morrison housed desires to write her own stories, and began adapting one of her college short stories in her free time between raising her two children and her work at Random House. The novel, The Bluest Eye, was not overtly successful, but it received strong reviews, and was instantly put on the reading list for most black-studies departments around the country. It is now regarded as one of the greatest debuts of the 20th century.

Over the next 45 years, Morrison would become an international name thanks to the ten novels she would go on to write – a career bolstered by support from famous figures, including Oprah and Bill Clinton. These novels include Sula, Song of Solomon, Tar Baby, and the play Dreaming Emmett. However, if there’s one work (or series of works) that has defined Morrison’s career, it would have to be the Beloved trilogy. Published in 1987, Beloved tells the story of an African-American woman trying to recover from both her traumatic past as a slave as well as the grief that goes along with her mercy-killing of her two-year-old daughter to save her from the torments she awaits. The book has widely been acknowledged as one of the greatest ever written (I am amongst those champions), earning support from Margaret Atwood and Oprah (who eventually starred in the film adaptation), and winning the Pulitzer Prize for Fiction (after an infamous shunning by the National Book Award). She would follow Beloved up with two more novels about African-American history, Jazz and Paradise.

In 1993, Toni Morrison became the first black woman to receive the Nobel Prize in Literature, for being “[a] visionary force and poetic import, who gives life to an essential aspect of American reality.” Since receiving the award, she has been honored by the National Endowment for the Humanities, the National Book Foundation, Oxford University, the Louvre Museum, the Presidential Medal of Freedom, and was eventually named the Chair in the Humanities by Princeton University. She also tried her hand at opera, writing the libretto for Margaret Garner, based on the woman who inspired Beloved, as well as Desdemona, a retelling of Othello from his wife’s perspective. And over the final years of her life, she completed both Home and God Help The Child, which served as her final novels before her death.

Morrison is survived by her son Harold Ford Morrison, and joins son Slade Morrison in the afterlife. Her staggering literary accomplishments, as well as Oberlin College’s Toni Morrison Society will continue her legacy. You can also see a recently released documentary about her life and works, titled Toni Morrison: The Pieces I Am. I will leave you all with Morrison’s closing remarks from her Nobel speech all those years ago, which I believe most effectively sum up her philosophies and views on her eventual passing: “We die. That may be the meaning of life. But we do language. That may be the measure of our lives.” Rest In Peace, Ms. Morrison.