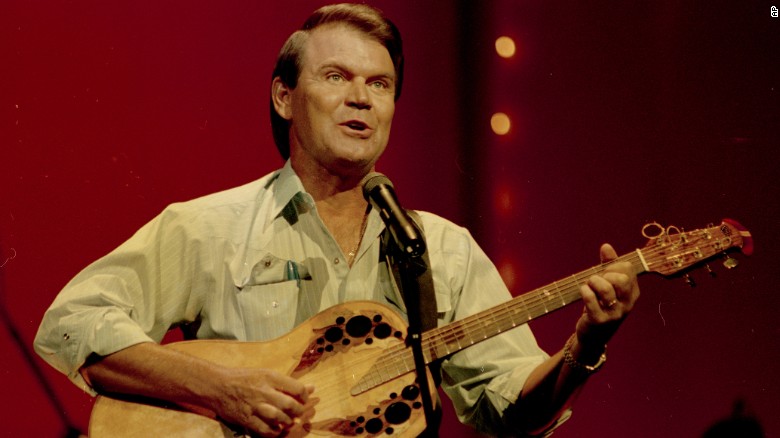 I think it’s quite fitting that I quite recently watched War on Everyone. It’s soundtrack, dedicated to the music of Glen Campbell, reminded me of how influential and game changing his music was. It’s also responsible for my grief today as Campbell has passed away at the age of 81.

It’s been claimed that I am not a fan of country music, but this isn’t quite true. I have a great respect and love for the genre, I have just grown tired of the pandering ridiculousness brought about by the recent generations of singers. I prefer the days when the music reflected on the hardships of the authors’ lives, and the gravelly voices reflected having a foot in two worlds – talent and poverty. Campbell was amongst the greatest legends of this field. Growing up as a descendant of sharecroppers, Campbell’s talent on guitar helped him become a session musician, and earning him work with The Champs, Bobby Darin, Nat King Cole, Merle Haggard, Elvis, and Phil Spector. Famously, he played guitar on The Beach Boys album Pet Sounds, now regarded as the greatest album of all time.

However, his own career skyrocketed in the late 60s and early 70s, providing a series of hits that combined the worlds of pop and country to great effect, including “Galveston,” “Country Boy (You Got Your Feet In L.A.”), “Gentle on My Mind,” “Wichita Lineman,” and his two most popular songs, “Rhinestone Cowboy” and “Southern Nights.” He also tried his hand at acting, providing memorable performances in True Grit and Any Which Way You Can. However, his career halted in 2011 when he was diagnosed with Alzheimer’s. However, always the fighter, Campbell battled the disease for six years, and even made a wonderful documentary on the subject titled I’ll Be Me, released in 2014, and received an Oscar nomination for the song “I’m Not Gonna Miss You.”

Campbell is mourned by his wife Kimberly, his eight children, and the millions to whom he was beloved, myself included. Country has lost an icon today, and Kris Kristofferson and Willie Nelson remain the last two titans of the genre.