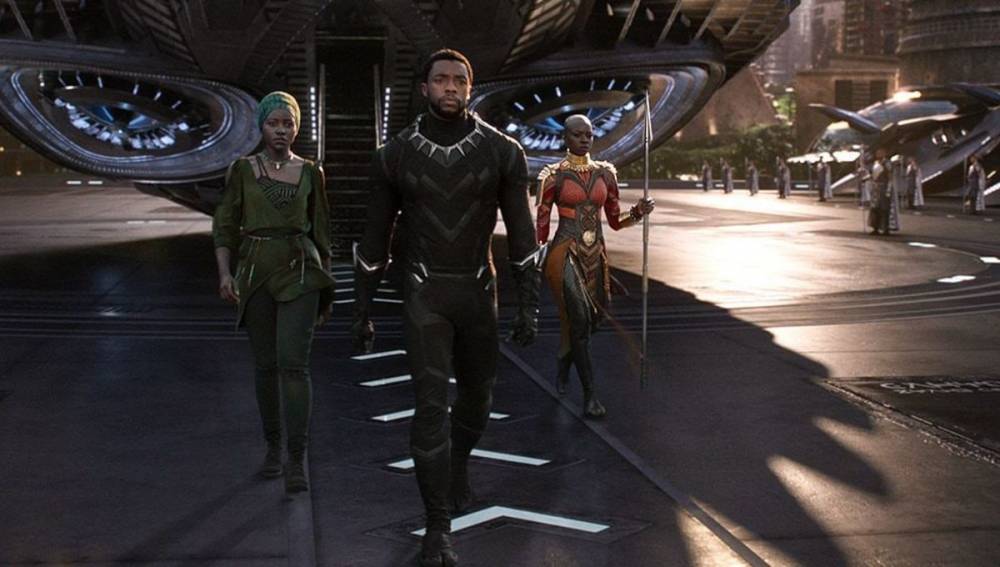 Are there any movie stars anymore? In an era where IPs and brands do more to sell tickets than the actors behind them, it seems unlikely we will ever see an era where an individual can sell a ticket on name recognition and charisma alone. It’s why only a handful of DC superheroes can sell tickets outside their franchises, or the Twilight actors haven’t had a hit since they left the franchise. That’s why Chadwick Boseman was such a unique find – he had the power and charisma required to reach beyond the confines of his billion-dollar franchise and bring in audiences to a litany of impressive performances and films, including three historical legends. Which adds to the sheer tragedy of the news that broke late last night: Chadwick Boseman has passed away at the age of 43, after a private four-year battle with colon cancer.

Boseman was born in Anderson, South Carolina in 1976. He showed a prowess for art and acting as early as high school, writing and performing his own play after a classmate was shot and killed. Upon attending the HBCU Howard University in 1996, he found support from the industry through beneficiaries both known and unknown. His tuition for a fellowship with the Oxford Mid-Summer Program in London was funded through an anonymous donation by Denzel Washington (his idol), while he quickly became the mentee of the legendary actress Phylicia Rashad. He graduated from Howard in 2000 with a BFA in directing.

For several years, Boseman supported himself through a series of guest spots on popular television programs and self-written plays, including Law and Order, ER, Castle, and a recurring role on the ABC Family melodrama Lincoln Heights. However, his career trajectory shifted in 2013 when he was cast as legendary baseball player Jackie Robinson in Academy Award-winner Brian Hegeland’s 42. While the film was a mild success and received mixed-positive reviews, both critics and audiences praised Boseman’s performance as the baseball pioneer. Shortly thereafter, he received a second opportunity to play a legendary figure in Black history, this time as singer James Brown. While the film was a bit of bomb at the time of its release, the strength of Boseman’s performance has propelled it to cult status in recent years, appearing on several “underrated classic” lists.

In 2016, Boseman’s career reached its pinnacle as he was cast as King T’Challa of Wakanda, aka Black Panther, in the multibillion dollar Marvel Cinematic Universe. His debut appearance in Captain America: Civil War was received enthusiastically by both fans and critics, and led immediately into one of the two crowning achievements of his career: Black Panther. The 2018 superhero film directed by Ryan Coogler pushed the boundaries of the genre to tell a unique, exciting vision, with Boseman’s grounding performance at the center of it all. The film was a critical smash and earned $1.35 billion worldwide, making it the third-highest grossing film in the MCU, the ninth highest-grossing of all time (currently twelfth) and the highest-grossing film with a Black lead. The film also earned three Academy Awards, was nominated for Best Picture, and Boseman and the rest of the cast earned a Screen Actors Guild Award for Best Ensemble. Boseman later reprised his role in Avengers: Infinity War (the fifth highest-grossing film of all time) and the second of his crowning achievements, Avengers: Endgame. Because of Endgame, Boseman will, for the foreseeable future, be immortalized for his role in the highest-grossing film of all time.

In between his work in the Marvel Cinematic Universe, Boseman continued his series of great performances. In 2017, he produced and starred as Thurgood Marshall in Marshall. As was the case for all his biopics, the film received a mixed reception in comparison to Boseman’s charismatic leading performance. In 2019, Boseman had his greatest non-Marvel hit in the action thriller 21 Bridges, which turned a profit despite a botched marketing campaign based solely on Boseman’s charisma as a performer. And this past summer, he made headlines again thanks to his supporting role in the critically acclaimed Spike Lee joint Da 5 Bloods. It was, for two weeks, the most watched show on Netflix. But despite these incredible performances, it seems unlikely that Boseman will be remembered for anything other than his winning, compassionate personality. He lived the devoutly Christian lifestyle he preached, which included his vast charitable works, his avid vegetarianism, and his desire to bring people joy through his work. After all, it is impossible to not look at his legacy and realize that he performed all these terrific roles over the course of a decade – and the most iconic works were created while he battled stage III cancer, including all his Marvel properties. That is a dedication and a passion that cannot be forgotten. Not much is known about plans surrounding Boseman’s funeral arrangements. Some sort of ceremony will most likely be organized within his beloved Baptist church. His final performances will include the animated Marvel series What If…? and a supposedly Oscar-worthy turn in Ma Rainey’s Black Bottom.