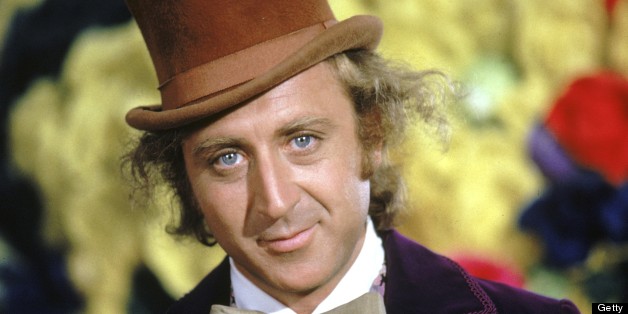 I returned home from moving my brother into his dorm to absolutely terrible news. Academy Award-nominated actor and writer Gene Wilder has passed away at the age of 83 due to complications with Alzheimer’s.

Wilder has always been one of Hollywood’s funniest and most talented actors. He first arrived on the scene with two small but memorable roles in Death of a Salesman and Bonnie and Clyde. One year later, he was given second billing in an untapped writer/director’s big break: a comedy about two Broadway producers who try to put on the worst musical of all time in order to take the money and run off to Rio, with backers none the wiser. The film was titled The Producers, which became one of the greatest comedies of all time, earned Wilder an Oscar nomination, and launched his career into the stratosphere. He would work with that director, Mel Brooks, two more times in the next six years: on comedy classics Blazing Saddles, and on the horror spoof Young Frankenstein, which he helped write, and earned himself an Oscar nomination for his troubles. Over the next twenty-five years of his career, he wrote and directed several entertaining comedies, often teaming up with comedy genius Richard Pryor, to hilarious results, and even earned himself an Emmy for his guest spots on Will and Grace. However, he is best known for his portrayal of the eponymous Willy Wonka in Willy Wonka and the Chocolate Factory (and its subsequent memes). A beloved childhood classic, Wilder improvised and created many of the bizarre genius’ most memorable traits, to great effect. To children, it is one of the earliest characters that they can remember, and will remember, standing with the Wicked Witch of the West, Han Solo and Timon and Pumbaa.

However, perhaps most importantly to Wilder’s life was his relationship with beloved comedian Gilda Radner. The two met on the set of Hanky Panky in 1981 and became fast friends. They soon found themselves calling each other constantly, especially as they found their respective marriages falling apart. After each actor divorced their spouse, they began seeing each other, starting a whirlwind romance leading to their marriage in 1984. The couple lived in bliss for five years before Radner’s tragic death from Ovarian Cancer in 1989. Wilder remarried to Karen Webb in 1991, but never fully recovered from Gilda’s death, and he found himself working less and less before retiring in 2003. However, he did found the Gilda Radner Ovarian Cancer Detection Center and Gilda’s Club.

Wilder has always been one of my favorite actors, and his death hits hard as yet another in a year of shocking and tragic deaths. He will be mourned and missed by film fans everywhere.