CinemaCon has kicked off in full force thanks to a strong showing from Sony Pictures. Coming in after a pretty decent year, both at the convention and in general thanks to Ghostbusters, Passengers, The Magnificent Seven, Don’t Breathe, and The Shallows, Sony kicked off the festival with three highly talked-about trailers, building buzz for what they’re hoping is a banner year.

We should probably start with the three most talked about trailers shown, Spider-Man: Homecoming, Blade Runner 2049, and The Dark Tower. The new Spider-Man trailer was released today, and I will have it up by the end of the night, but it featured lots of new scenes, including a reference Spider-Man 2 and footage of Michael Keaton as the Vulture, who I believe could be the most interesting one-off villain Marvel’s had in a long time. People seemed legitimately entertained by the footage, and I’m sure it’ll be a big hit when it is released July 7th. The critical favorite of the slate was Blade Runner 2049, the sequel to the sci-fi classic that changed the game, and directed by Denis Villeneuve. People were floored by the stunning cinematography and stellar set pieces, and were creeped out by Jared Leto (as well as, I assume, his character). The general consensus is that this film will be “cool as sh*t,” although I’m sure it didn’t hurt that Ryan Gosling was in attendance. The film will be released October 6th. However, the biggest surprise seems to be how great The Dark Tower looks. An adaptation of the work considered Stephen King’s opus, the film has finally made it to the big screen after years in development hell. The film has been described as dark, brooding, and ambitious, with the opening line written across the screen in text: “The Man in Black fled across the desert, and the Gunslinger followed.” The footage has been praised, with comparisons made to the original Matrix in terms of its innovative filmmaking during fight sequences, and seems to be an excellent vehicle for stars Idris Elba and Matthew McConaughey. And for fans of King, the trailer (and film itself) seems to be loaded with Easter eggs, including a brief shot of a familiar hotel to anyone who enjoys horror movies. 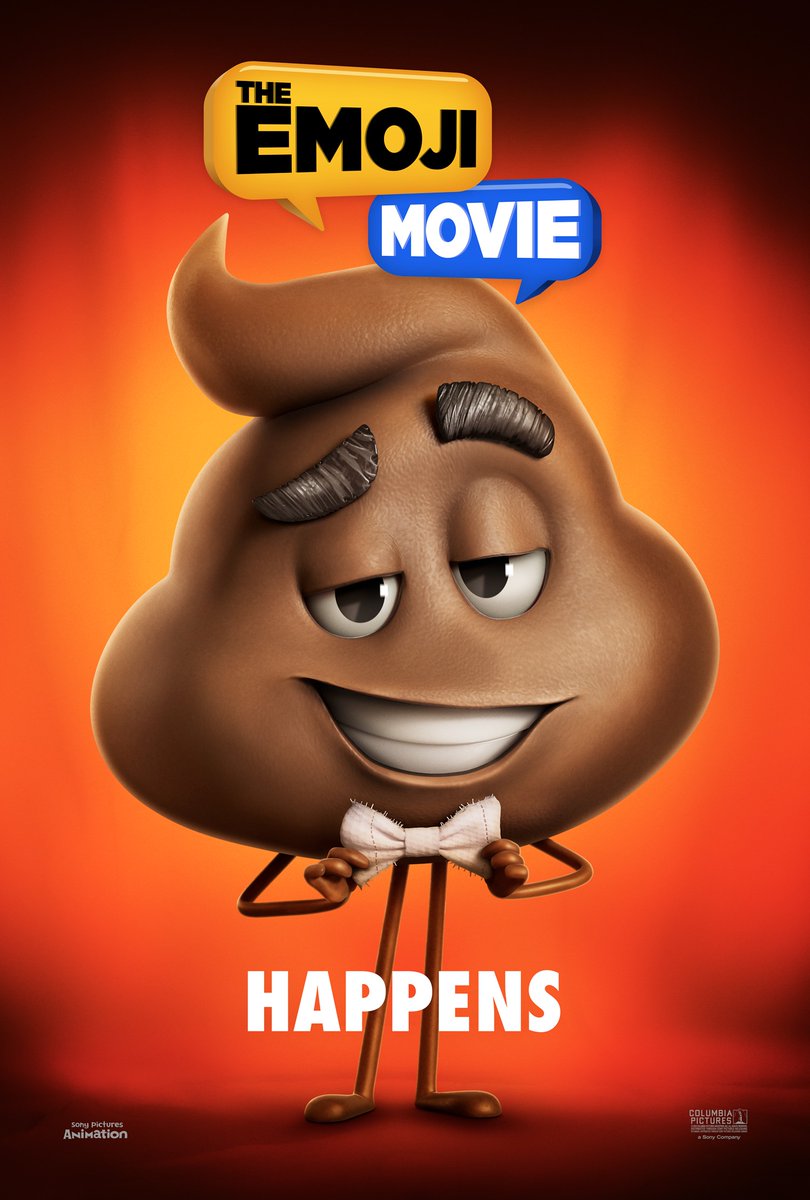 On the other end of the spectrum, Sony’s animated slate seems to be anywhere from disappointing to atrocious. The main focus was on The Emoji Movie (although Patrick Stewart is supposedly entertaining as the Poop Emoji), and The Smurfs: The Lost Village apparently did not go over well. These bombs will be released August 4th and April 7th, respectively. However, there may be some hope on the horizon. Easy A director Will Gluck unveiled his concept art for his upcoming adaptation of Peter Rabbit (to be released March 23, 2018), and people seemed intrigued by The Star, a faith based Christmas movie about the first Christmas from the animals’ perspective. While there isn’t anything surprising from the animation, the cast has definitely turned some heads, including Oprah Winfrey, Keegan-Michael Key, Kelly Clarkson, Tracy Morgan, Kris Kristofferson, Gina Rodriguez, Tyler Perry, Zachary Levi, Steven Yeun, Kristin Chenoweth, Anthony Anderson, Gabriel Iglesias, Ving Rhames, Aidy Bryant, and Christopher Plummer. That’s a lot of star power for a self-proclaimed “animated Christian comedy film,” four genres that rarely ever go together. It will be released November 10, just in time for Thanksgiving and Christmas.

Last year, Sony wowed with a horror slate that included The Shallows and Don’t Breathe, two innovative horror movies that did gangbusters at the box office. This year also seems to show some promise. The weaker of the two seems to be Flatliners, a remake of the 1990 horror film of the same name, which helped launch the career of Kiefer Sutherland. He will also be taking on a role in this new adaptation, alongside Ellen Page, Diego Luna, Nina Dobrev, and Awkward.’s Beau Mirchoff. The trailer had some strong moments, and it may connect with audiences on September 29th, but overall didn’t seem to connect with the audience the same way Cadaver did. Cadaver stars Shay Mitchell (Pretty Little Liars) and Stana Katic (Castle), with the simple premise of bodies coming to life at night in a morgue. However, simple isn’t always a bad thing, as this trailer ended up being one of the highlights of the slate. It will be released on August 25th, and you can assume that after the success at the convention, this trailer will be online soon.

Other major trailers include Proud Mary, a John Wick-esque action film starring Taraji P. Henson, which went over extremely well with the audience, and a trailer for a currently untitled Dan Gilroy/Denzel Washington legal thriller, which was appreciated if not entirely loved. They are currently slated for release in 2018. New trailers were also screened of the critical hit Baby Driver, which was moved from its August 11th release date to the much more box-office friendly June 28th, as well as Weekend at Bernie’s-esque comedy Rough Night, although that trailer featured less new footage. It is slated for release June 16th. 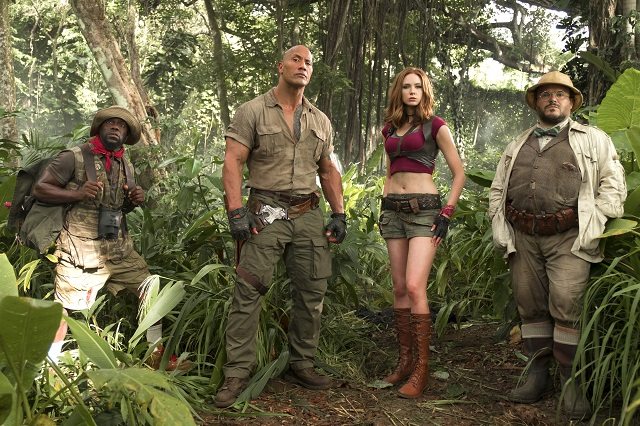 However, perhaps the biggest surprise of them all was the release of a trailer for Dwayne “The Rock” Johnson’s Jumanji remake, Jumanji: Welcome to the Jungle. The trailer was very well received, and seems to have offered a new take on the classic film. Perhaps most controversially, the story no longer involves a board game come to life. Instead, it is about four teenagers sucked into an old Nintendo video game while serving detention at school. Much of the humor comes from the reversal of expectations, as each teen is transformed into their new avatar: the popular jock becomes shorter comedian Kevin Hart, the nerd becomes The Rock, the geeky girl becomes bombshell Karen Gillan, and the popular girl (in the most well-received role-reversal) becomes Jack Black. Nick Jonas is along for the ride as an Indiana Jones-esque adventurer the gang teams up with, and a reference is made to the late Robin Williams’ character, Allan Parrish. The trailer was a huge success, and I’ll admit there’s some stuff in that description that wins me over on the idea. Hopefully the film remains as fun as this footage, and we’ll find out how the film does when it opens December 22nd.

That ends our coverage of Day 1 of CinemaCon. I’ll have an update for today’s convention tomorrow, which includes STX, Paramount Pictures, and the much buzzed about Disney panel (supposedly there’ll be some Star Wars footage…one can hope). Anyway, see you all tomorrow, and here’s to a good year for Sony.