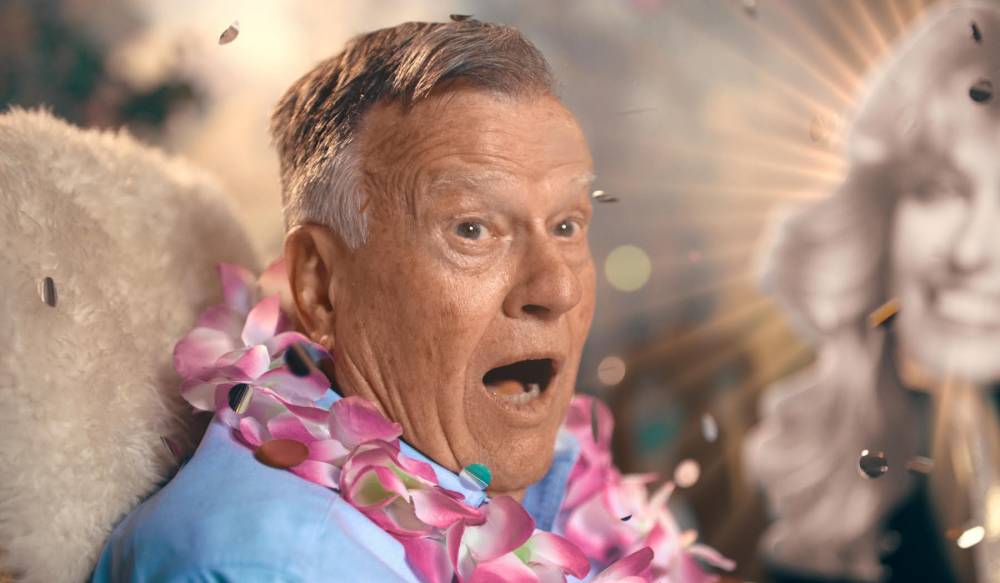 For the first time since implementing the rule, I have come to regret my long-held belief that documentary filmmaking is a completely different artform than traditional cinema. It’s not meant as a snobby rule – I just believe that documentaries have a different set of criteria and accomplishments from narrative storytelling, and therefore functions in a different capacity (the same way television and film are different). This has never been a problem before. But then again, I’ve never been as tempted to name a documentary as the best film of a year the way I am now. For Dick Johnson Is Dead is a miraculous accomplishment in any sense of the word – narratively, intellectually, informatively, and spiritually.

Shortly before his retirement from psychiatry, Richard Johnson is diagnosed with dementia, the same disease that took his wife years before. Realizing that she had no footage of her mother from before she faded away, Johnson’s daughter and renowned documentarian Kirsten Johnson sets out on a pet project that will explore her relationship with her father, the nature of the disease, and the idea of mortality in general. The assignment? To contemplate and recreate every potential scenario for Dick’s death, acted out by the man himself. And so begins a comical, kooky look at father-daughter bonds, faith, life, humor, and ultimately death.

Dick Johnson is a magical film in the way it manages to capture the complexities of life in an uplifting, simplified 90-minute snapshot. In the course of its runtime, Johnson uses her father’s life to explore aging, memory, family, and mortality without ever explicitly doing so. Kirsten does an unfathomably beautiful job capturing her father’s essence, allowing us to feel equally pained as we watch Dick undergo the aging process. Predominantly, these emotions are created through the insight she gives us into his life, as well as his mental state in any given scene. When we watch Dick and Kirsten pack up his office for the last time as he moves out, we realize we are witnessing a man’s career – a major part of his identity. As we witness the little ways Dick’s mind starts to go – increased confusion, nightly wake-ups, and small actions that he can’t perform as neatly – we not only feel the Johnsons’ reliving of the pain of their matriarch’s death, but we recall the instances of our own loved ones’ passing. And any person who’s reached a certain age in life can relate to Dick’s pained realization that selling his car and his house is the beginning of the end.

Dick Johnson is a passion project, using the unique scenario the duo finds themselves in to reflect on the universal experiences of life as a whole. They have already experienced love, pain, and loss in the death of a matriarch to the very same disease, and the lack of closure provided. Making this documentary is a system of catharsis and the opportunity to give Dick the chance so many don’t get: to go out with a bang. Their actions won’t stop the inevitable. Dick  starts to forget his wallet, doesn’t know where he is, and beyond. And death permeates every frame of this film, from laughing friends who are quickly memorialized after dying during production to Dick’s friend Ray’s (admittedly hilarious) “eulogy” that he delivers in complete earnest, out of the pain of knowing that loss like this is inevitable at his age. But even with these threats in the background, Dick Johnson is a reflection of the beauty of love, and gleefully pushes that darkness to a later day, where it belongs.

The film also serves as an exploration of Dick and Kirsten’s shared passion for the cinema. After all, despite being devout Seventh Day Adventists, their transgressive trips to the local theater is what sparked Kirsten’s love for storytelling. Dick Johnson is an ode to movie magic just as much as it is to the magic of life and love. The film provides an insight into the trick photography that creates the stunts we so often love, each with a sense of whimsy. We watch with glee as Dick dies over and over again, falling down stairs and getting crushed by air conditioners, before zooming out to show how the stunt was accomplished. There’s fabulous dance sequences and extravagant views of the afterlife, and yet despite the whimsy and joy found in the humorous anecdotes, there’s still a level of insight most documentaries never accomplish. While the sequences mostly amount to nothing more than a way for a father and daughter to have fun together one last time before he’s gone, they also serve a thematic purpose in understanding Dick, his beliefs, and his life’s work. A proposed “murder’ by a troubled patient (that sadly was never filmed) introduces Dick’s psychiatric career. A sequence where he dies and goes to Heaven explores Dick’s faith and both the Seventh Day Adventist view and Dick’s view of what the afterlife will bring for him.

Even Kirsten’s filmmaking provides insight. There’s a scene framed as a silent horror movie from the 20s that mirrors a talking head interview about the real Dick’s mind lapsing while he’s home alone, a terrifying experience. There’s a tremendous shot of Dick’s face shrouded and distorted in a snow covered window after revealing that the dementia has grown worse. And all the while, Kirsten inserts herself more and more into the camera’s frame, a metaphor for how she begins to change roles in her relationship with her father, becoming the caregiver. After all, the fake deaths are humorous and life-affirming, but that’s precisely what makes a (presumably) very real ambulance ride captured through cell phone footage during a cardiac arrest all that more terrifying. You never know when and where the end is coming. All you can hope is that it’ll be on your own terms.

None of this works, of course, if the subject isn’t as warm and as charismatic as Dick Johnson. While Kirsten is a strong director, and accomplished something great here, it really wouldn’t work with Dick, his amiable personality, and his ability to embody all our fathers and grandfathers in one grand performance. Dick is a perfect sport, and his dark sense of humor lends perfectly to the film’s objective. He has great fun filming his many deaths, and is more than capable of cracking a joke of his own. When his daughter and their friends make his favorite cake for his birthday and ask if he knows what’s happening, Dick – who’s recently had a double heart valve surgery, replies sardonically, “Yeah. You’re trying to kill me!” And yet in between his jokes and his playful demeanor, he’s capable of delivering that parental advice we all hold dear. In a half-joke, half-realization near the end of the film, he casually tells Kirsten, who has begun to suffer the strains of taking care of him, “I’m no longer your father. Now I’m you’re little brother.” And in a moving, warm piece of insight, he beautifully informs his daughter “It would be easy if loving was only the beautiful” – a piece of wisdom Kirsten takes to heart. Dick is the perfect subject for a film like this, and it makes the film the masterpiece that it is.

Dick Johnson Is Dead gives us the catharsis every human being craves: one last hurrah with a beloved parent or grandparent, and the chance to give them the goodbye we believe they deserve. It is a personal film and a universal one, an impossibly perfect representation of the last chapters of life, and the beauty we experience along the way. I cannot think of another documentary that so eloquently captured such themes and morals, and I doubt I will again. Death may come to Dick Johnson, as it does for all mortals, but his memory – and the memory of great parents everywhere – will live on in the cinema and in our hearts. Who can ask for more?

Dick Johnson Is Dead is now streaming on Netflix