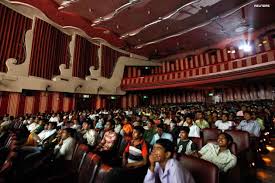 Why do you hate me? Did I do something to offend you? Have I made you that mad in the first week of this site? If no, then why in God’s name have you allowed the box office results for the four-day weekend to be this bad? I want answers, damn it.

The best new wide release this weekend The BFG, has tanked. It took in a total of $22.3 million, and placed fourth overall. Now, based on its release and other films of its kind that have released this weekend in the past, I think it’s possible that this one could end up having legs and catching the uptick. However, considering this is a film of childlike wonder created by, at the very least, our most famous director of our time, these are shocking and depressing numbers. Perhaps the results will be boosted in the next weekend or so as it begins to open worldwide.

The other film I recommended, Swiss Army Man, came in with a total of $1.4 million in 636 theaters. I’ve seen mixed reports on the success or failure of these numbers. Considering it is a small film where Daniel Radcliffe is a dead guy who keeps farting, and the fact that it only just started to expand nationwide, I chalk this up in the win column. However, it’s going to have to keep growing as it opens in more markets in order to stay afloat (unless it finds a dead body Jet Ski powered by farts. God, I liked this movie).

So what films took the Top 3 spots, you ask? Well, this is where my anger comes in. Taking first with another outstanding weekend was Finding Dory with $50 million. Now, I would never wish ill on Pixar (except maybe Brave), and Finding Dory is a fine movie. But it in no way holds up to the first one, or even repeat viewings. Once in the theater, and maybe once on DVD, if you’re really bored. That’s it. The film is on track to pass Inside Out and Toy Story 3, which to me is just baffling. If you haven’t yet, go see it, but otherwise, please take your kids to something else. Don’t settle.

Second and third, meanwhile, went to The Legend of Tarzan and The Purge: Election Year, taking in $45 million and $34 million, respectively. Tarzan is the interesting one here, as it somehow both flopped and over-performed at the same time. To clarify, the film made nowhere near what it needed to for a successful return of profits (for those who don’t know, the strategy to determine this is to take the budget and multiply by 2.5, to add in promotional costs). However, it made more than most analysts predicted, showing that this one could have legs (or vines). I’ve heard mixed things on this one. While I think it looks terrible, and most reviews agree, some of the critics I very much respect actually found joy in it. What a weird state of affairs. I might check this one out in theaters, you can choose for yourself, but know I’m doing so out of a morbid sense of curiosity.

The Purge, meanwhile, somehow tripled its budget already, despite the fact it somehow pissed off every political group known to man. The right is angry because the Evil Party in the film is very clearly filled with NRA stand-ins while the heroes are an Elizabeth Warren/Hilary Clinton-type and Mexican immigrants. Meanwhile, the left is angry because the only way the heroes have of winning are picking up a bunch of assault rifles and such, while continuing to have-its-cake-and-eat-it-too by criticizing the gore that it revels in. Or so I’ve heard. I have very little interest to see this one, as I prefer the more cerebral films where corpses and giants fart. I’m a classy man.

At any rate, both of those two films are in the top three for the four-day weekend, and that’s just sad, especially considering we have The BFG on top of supposedly good films like The Conjuring 2 (which I have seen and know to be entertaining), The Shallows (which I will most likely be seeing tonight), and Central Intelligence (because Kevin Hart).

Below are the worldwide box office results; you all reap what you sow: