Friday Night Dinners: How Christopher Nolan Can Get Off His Greedy High Horse And ACTUALLY “Save” Cinema 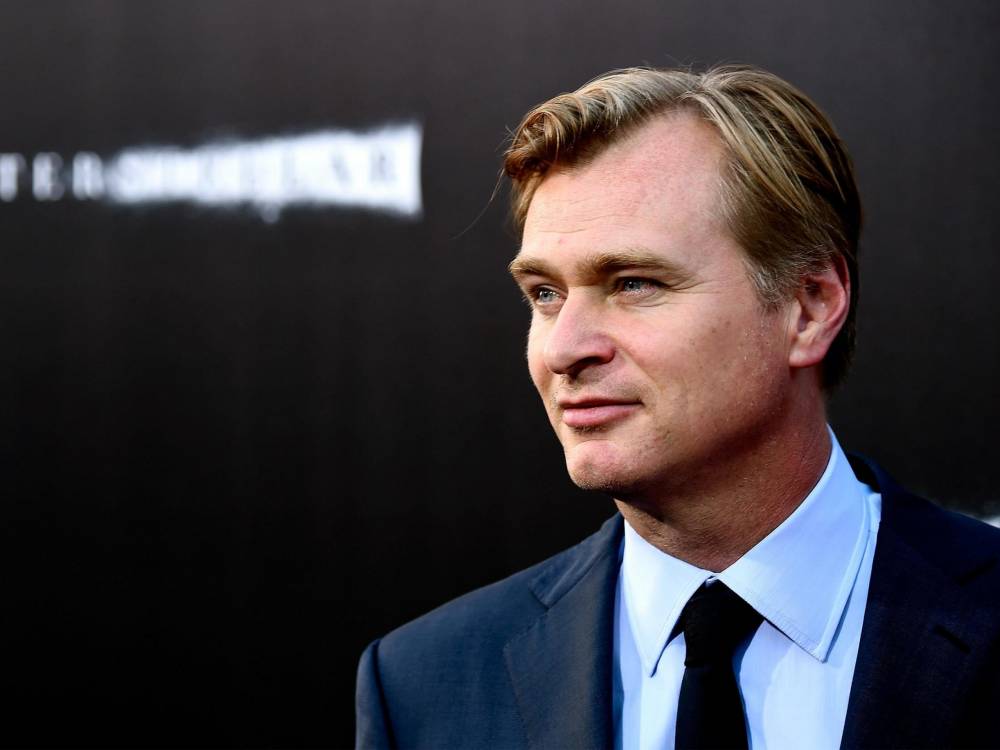 One of the funniest, saddest stories to come out of the film industry’s attempts to traverse the waters of COVID-19 has been the perennial movement of Christopher Nolan’s Tenet. One of the most anticipated films of 2020, Tenet has supposedly been promised as a cross between Inception and North By Northwest, and has had general audiences and awards pundits intrigued since its enigmatic first trailer. Over the past four months, Tenet has moved dates a total of four times, yet only with an inexplicable two-week push each time – first from July 17th to “July,” then to July 31st, and now to August 12th. And while this has certainly served as comedic fodder for those of us following along at home, the undercurrent here is far more immature and childish than can be imagined. The story of Tenet is one lined with greed, stupidity, and one clear path that I plan to lay out for Nolan, Warner Bros. and audiences at home right here.

Now, some backstory on these moves and Nolan’s “auteur” style. Originally when Warner Bros. came out adamantly against moving Tenet, prognosticators and film pundits all chuckled at the irony. After all, there are few examples of perceived studio greed as clear cut as this one. It’s been hilarious watching Warner Bros. push their film a week at a time, expecting those seven days to be the difference between a pandemic spike and everyone’s optimistic return to the movies. However, in a recent article by the Hollywood Reporter, it has been revealed that this hasn’t been the case at all. You see, Warner Bros. has, in fact, been pushing to move Tenet as late as possible (potentially to Dune’s Christmas release date), yet have been consistently stonewalled by director, writer, and producer Christopher Nolan. Nolan has been adamant that Tenet should be the first film to return to theaters after the pandemic, and in theory, this does seem to align with his philosophical take on film. After all, Nolan adores the theatrical experience, so much so that he only shoots his movies on film stock (and experimented with 70mm and IMAX cameras to boot) and insists that audiences come to the theaters to see his movies “right.” It would make sense that he would be insistent that his films be the ones to save theater chains. After all, Nolan himself is quoted as saying “It’s not about the money, it’s about the desire to show faith in the form and solidarity with exhibitors.”

However, all of this hypothesizing and justifying went out the window when news broke of Nolan’s contract for Tenet. You see, Nolan’s contract stipulates a first-dollar gross for Tenet’s entire run. As opposed to a traditional paycheck, or even a back-end deal of profits (the way Robert Downey Jr. earned $50 million for the first Avengers film), a first-dollar gross deal means that even if Tenet flops, Nolan still earns a whopping 20% of the film’s grosses. If the film does as well as Dunkirk, Nolan earns $80 million, and if it happens to perform similarly to Inception or The Dark Knight, Nolan could conceivably earn $150 million for his work on Tenet. And suddenly, his supposed “love for the theatrical experience” and “insistence that it needs a big screen” don’t hold as much water. It is quite clear that Nolan’s intention has nothing to do with saving cinema or keeping people safe. Nolan wants Tenet to be the only film in theaters so he can earn more money. And that is a disturbing fact.

So how do we proceed? How does Warner Bros. get this film out there to appease one man’s ego without either flopping or killing a hefty portion of Americans and Brits (the film’s biggest audiences)? Well, I have a solution; one that not only keeps everyone safe, but calls Nolan’s bluff in the process and fulfills his “goal” of saving the theatrical experience. Nolan has insisted from the beginning that “it’s not about the money, it’s about securing the theatrical experience for audiences and exhibitors.” If that’s the case, then I propose that Nolan put his money where his mouth is. Out of pocket, Nolan should pay to help theaters around the world outfit their parking lots for drive-in capabilities. Several theater chains have already started refurbishing their lots with drive-in capabilities in order to expedite the process of bringing audiences back to the movies. Here in my local Michigan, Emagine Theaters has begun the process of renovating their largest theater for outdoor audiences to watch from their car. However, several chains and local theaters don’t have the funds or the profits to build or maintain these outdoor amphitheaters. If Christopher “I Care About The Theatrical Experience” Nolan truly believed the things he says, he would – and should – spend the money out of pocket to help theaters throughout the United States and Britain to properly screen these films (he needn’t worry about the rest of Europe or Asia – most other countries have gotten the virus under control by now).

What’s more, Nolan could revel in the lost art of filmmaking he’s always claimed to adore. Grand spectacles like Gone With The Wind, Ben-Hur, and North By Northwest used to adorn drive-in theaters around the country. For many, that was the only way to screen an epic blockbuster. If Nolan were to refurbish these theater chains with the ability to show Tenet on a drive-in screen, he would be recreating the epic traditions of old, securing the theatrical experience, andkeeping people safe in the process. Hell, ask Warner Bros. to help split the bill. It’s a loss in the short term, but with most other studios pushing their films or dumping them on streaming sites, this could be the event that saves cinema as we know it. And after all, that’s the goal. Right, Chris?

So this my challenge to Christopher Nolan and the Warner Bros. team backing him. Put your money where your mouth is. Prove to us that you care more about society’s health and the theatrical experience than lining your own pockets. Because if Nolan continues to act the petulant man-child, then we have no choice but to assume he is a greedy huckster who has used cinephile jargon to mislead the public; a charlatan of the Harold Hill variety. Do the right thing, Chris. Bring back the drive-in.