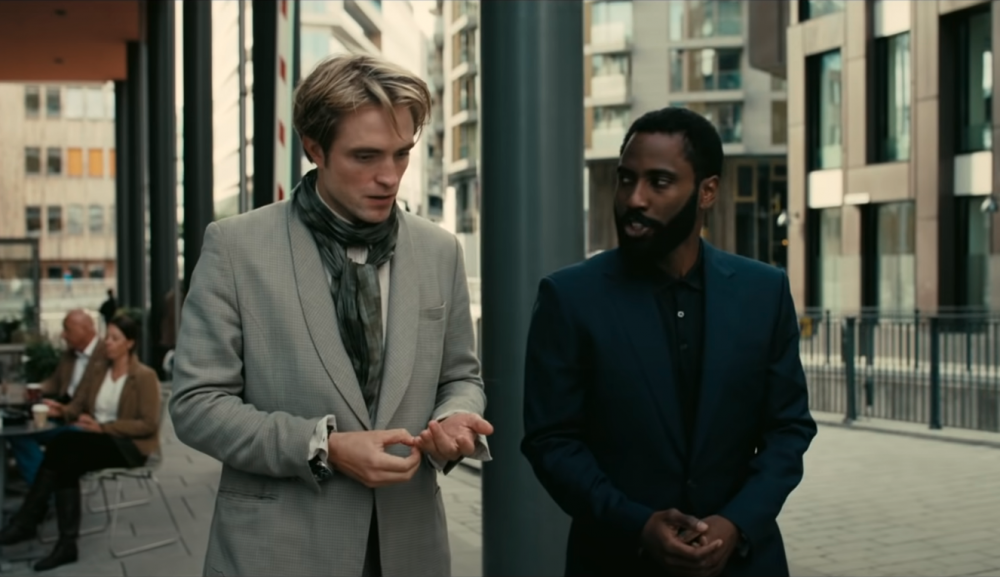 One of the most talked-about films of 2020 has to be Tenet. The highly anticipated new film by Christopher Nolan, was highly advertising, pitching a thrilling, fun sci-fi romp that seemed to cross Nolan’s trippy storylines with a fun worldwide caper, a la North By Northwest. Needless to say, the narrative around the film has shifted several times in recent months, as Nolan aggressively pushed for the film to be released exclusively in theaters as soon as possible, hoping to capitalize on the lack of competition to make a billion dollars at the box office (and earning 20% of that for himself). As it happens, that didn’t pan out – audiences were rightfully too scared to return to the theater, those that did outright disliked the film, and the project flopped so badly it may have irrevocably damaged the theatrical model. Now, I don’t disagree with anyone who likes or dislikes the film – there were some good things, and some bad things. But one narrative that surprises me – as it often does with Nolan films – is that the film is “too convoluted,” or “too hard to follow.” I do not find this to be the case.

The saying online goes that “Christopher Nolan makes smart movies for dumb people” (I’m not sure who originated this phrase, I first heard it from Lauren Humpheries-Brooks). That is to say, Christopher Nolan films have incredibly simple stories that he overly-complicates to make the masses feel smart. Sometimes it works (The Dark Knight, Dunkirk), and sometimes it really doesn’t (Tenet). I saw Tenet once and got it immediately. It’s dumb as hell, but it’s not that hard to understand – actually, it’s incredibly straightforward. It only feels complex because the sound mix is so loud you can’t even hear the dialogue, and because Nolan throws a lot of flashy tricks at you to catch you off guard. So because I’m so wonderfully generous, and because I never want to hear some rube refer to this as a “complex” movie again, I thought I’d cut through the muck, boil things down to their basics, and break down the synopsis for Tenet for you all, whether you’ve seen it or not, so that you, too, can feel as smart as a film school dropout who saw The Dark Knight at way too young an age. Obviously, spoilers.

There’s an unnamed Protagonist who works for the CIA. He goes undercover to stop a terrorist attack on an opera house. The terrorist attack is a cover to steal a secret cylinder. How he knew about the attack, or why the best time to steal this cylinder was during an opera performance, is unexplained. Anyway, a bunch of teams of police, terrorists, and secret agents all attempt to infiltrate the opera house, but it’s impossible to tell who is who and what is what. The Protagonist’s life gets saved by one of the random agents, but he has no idea who he is or what he’s doing. Anyway, none of this matters, because the Protagonist is then captured and tortured by the terrorists. He takes a cyanide pill.

The Protagonist wakes up in a CIA hospital, and is told that literally everything done to him during that prologue has been fixed, and none of it matters. He’s tasked with getting the cylinder back, and he joins a super-secret organization called “Tenet.” What is Tenet? Well, the film spends like 30 minutes trying to explain this, but none of these explanations matter. Basically, the future is trying to kill us because of global warming, and they have devised a way to send things backwards through time. This means vehicles drive backwards, bullets fly backwards, and so on. It never really makes sense, and only happens like four times in the movie, so best to ignore it. The Protagonist decides to investigate the Tenet weapons to see if he can find the cylinder, and here’s where things get interesting. He teams up with Neil, his best friend who’s really good at arranging heists, to help him bungee jump into the arms dealer’s house. Turns out the arms dealer is a super smart lady named Priya, who is also a part of Tenet. She explains she buys the Tenet weapons from a Russian weapons maker named Andrei. Andrei was at Chernobyl, which got exploded by the future, and was chosen to be the future’s sleeper agent. The future leaves clues for him to find so he can blow up the present. The cylinders hold the keys to a Future Bomb, which will end time and kill everyone.

The Protagonist needs to get into Andrei’s inner circle. To do so, he has to get into Andrei’s wife’s inner circle. The wife, Kat, is being held captive because of a forged painting she made. If it gets out in the open, she will be ruined. As collateral, her husband has sent her son to boarding school, and for reasons unclear, she is not allowed to see him. She desperately wants to get the painting back, which means that The Protagonist will have to break into a super-secret airport bunker to steal the painting to screw over Andrei to win over Kat to win over Andrei. None of this makes sense, but it doesn’t matter because it means Neil comes back. And Neil plans to drive a plane into the super-secret bunker, locking all the doors and releasing toxic gasses into the rooms. Neil and the Protagonist have to run through the rooms before the doors lock and kill them. They succeed and get the painting, but are attacked by two Future People. A big fight ensues, and they learn that people can also go backwards in time now. Neil is told about Tenet. He seems unimpressed, just like the audience.

Anyway, The Protagonist has now won over Kat, who introduces him to Andrei, who knows he stole the painting and wants to kill him now. Everything I just told you is now utterly pointless. The Protagonist gets beaten up for like the fifth time in an hour, but smooth talks his way out of trouble and wins over Andrei by keeping Kat from killing him, which seems like it would have solved everything, but I digress. Anyway, The Protagonist offers to help steal the final cylinder for Andrei, in the hopes of getting the other cylinder back. This means Neil can come back for another sexy heist, but things go wrong, because a bunch of Tenet Cars get thrown in their path, and Andrei shows up to try to double-cross them. He ends up taking them all hostage and shooting Kat with a Tenet bullet, which will explode her insides unless they Tenet Kat, therefore un-Teneting the bullet. Basically they’re taking the bullet out, it’s not that complicated. Meanwhile, The Protagonist goes back to try to re-save the cylinder, but accidentally just gives it straight back to Andrei. He’s not very good at his job.

Turns out that Neil is already a part of Tenet, and is basically the second-in-command. He was testing The Protagonist this entire time. Now going backwards through time, Neil, The Protagonist, and Kat go back to the only other time machine they know about, back at the Airport. Surprise! They were the Future People all along. The Tenet Trio realizes Andrei’s strapped the Future Bomb to his heart rate monitor, so if he dies the entire world dies. Kat realizes that this means her son will die, which is literally the only reason she wants to prevent the world from dying. They divide up into teams: Kat will sneak onto Andrei’s yacht to keep him from killing himself, while The Protagonist leads a team forwards in time to stop the bomb. Meanwhile, Neil will lead a team backwards through time as a backup plan. Things go wrong and a bunch of people change directions in time to make things work. Meanwhile, the guy that saved The Protagonist during the opening sacrifices himself, saving The Protagonist once again. The bomb is deactivated, and Kat kills Andrei. Afterward, the three cylinders are divided up, and The Protagonist is told that Neil is the one who dies saving him, and was there all along. Turns out The Protagonist forms Tenet in The Future, and Neil was his sidekick tasked with training him in The Past. The Protagonist then kills Priya to close the loop, and goes off to form Tenet, this time without Neil to join him on sexy adventures. Cue a Travis Scott song that doesn’t fit.

So that’s the plot of Tenet. As you can see, it’s not complicated to understand. It’s just dumb. Very dumb. In terms of action, it will take its place in history alongside Demolition Man and Lethal Weapon 4, as opposed to the genre-defining Die Hard and True Lies it seems to think it is. I hope this handy guide will help you. If needed, keep it open for the film’s two-and-a-half-hour runtime. You’ll already be reading the subtitles; what’s one more list of words to read?