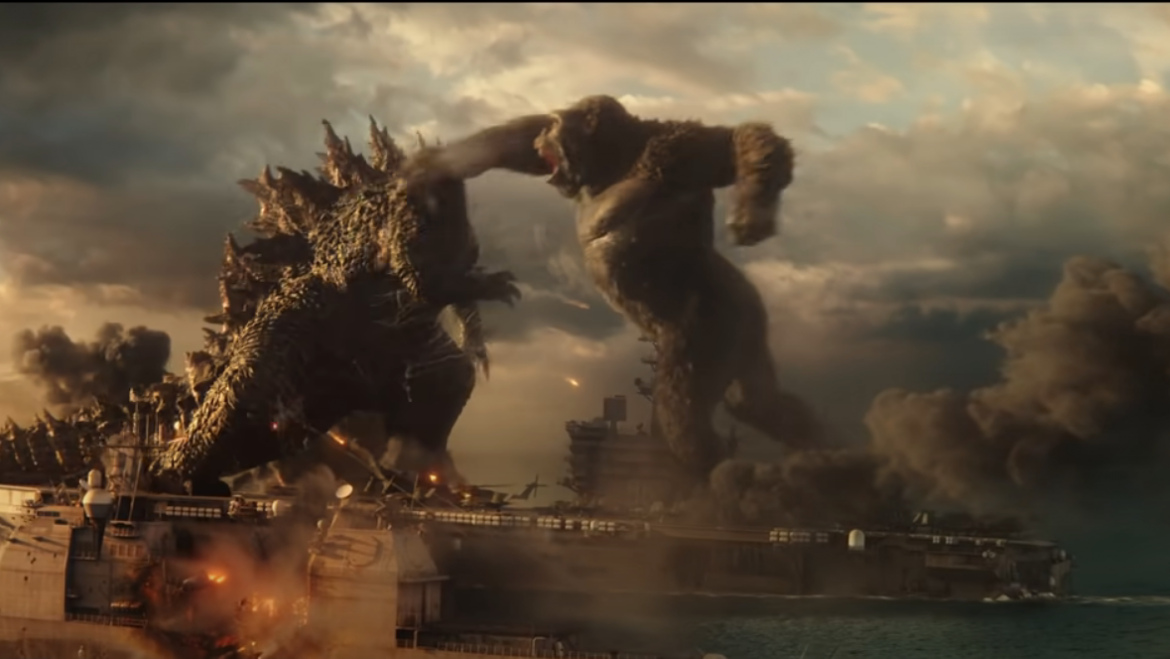 You know, I gotta hand it to Adam Wingard and the team at Warner Bros. While the last trailers in the Monsterverse (or whatever it’s calling itself) have relied on a weird amount of mystery and buildup to their big reveals, they seem to know better for Godzilla vs. Kong. People don’t want to see a trailer where King of the Beasts and the King of the Monsters stare intensely at each other. They want to see a 30 story gorilla punching a 30 story sea lizard in the face while standing on a Navy destroyer. And that’s exactly what we got in the first trailer for the new battle royale film from WB, which aired during the NFC Championship on Sunday.

After the events of Godzilla: King of the Monsters, the surviving members of Monarch set out to learn everything they can about the creatures living hidden within our planet. When the need arises to relocate Kong, a massive, ancient gorilla living on Skull Island, Monarch sets out to transport the agitated creature through treacherous oceans. Unfortunately, this angers the other massive creature they have an uneasy peace with, Godzilla – who just so happens to be Kong’s sworn enemy. As the last survivors of an ancient war between monkeys and lizards, Godzilla and Kong set out to finish what their ancestors started – and only one can remain standing.

Listen, I’m going to see this movie no matter what. I love spectacles, and I’ve said before that I have a soft spot in my heart for Godzilla (who better kick that monkey’s ass, or I’m gonna have words). But I need to make something clear about this trailer. This…is the most batsh*t trailer I have ever seen for a movie. Normally I either find a trailer to be good or bad, depending on its construction or material. This? I honestly can’t tell. It’s a series of the dumbest lines and images I’ve ever seen, and yet they’re somehow…maybe good? The image of Kong slow-mo jumping off of an exploding boat like he’s The Rock has been living rent-free in my mind for a day now. It’s remarkable. This trailer – and I assume the movie itself – is so dumb and pointless, but if Wingard’s wit allows him to embrace the stupidity, this may turn out to be an enjoyable feature. Godzilla vs. Kong stars Alexander Skarsgård, Kyle Chandler, Millie Bobby Brown, Rebecca Hall, Brian Tyree Henry, Julian Dennison, and Kayle Hottle. It is slated for release March 26th, both in theaters and on HBO Max.