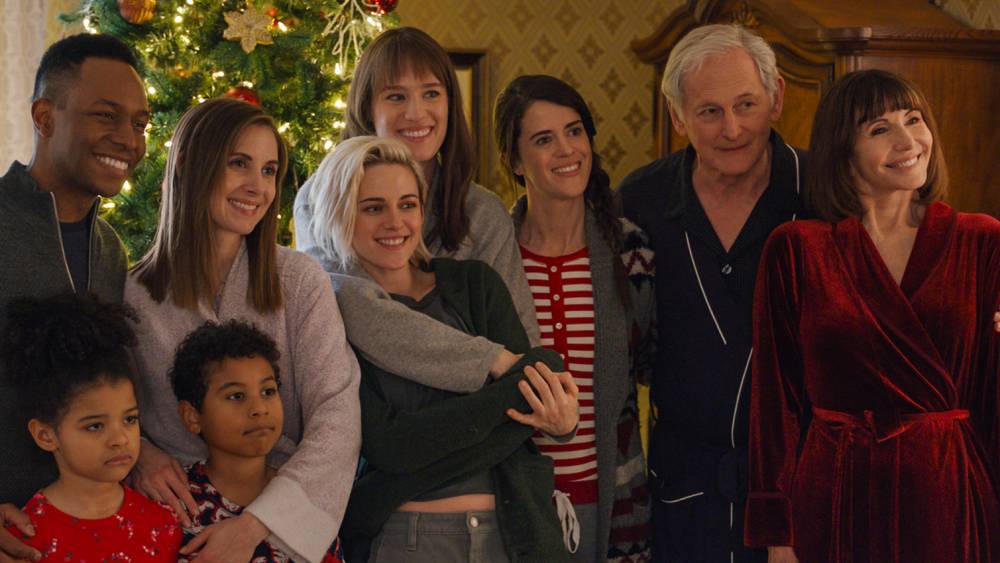 One of my most anticipated films of the year to date has been Clea DuVall’s Happiest Season. I’m a huge fan of the romantic comedy genre, and the idea of a classic rom-com, with big stars and a holiday setting, that also serves as one of the first major same-sex entries in the genre, is kind of putty in my hands. I’ve been eagerly awaiting this film for quite some time, but even I couldn’t have guessed how great this first trailer would turn out.

It’s Christmas, and Abby (Kristen Stewart) and Harper (Mackenzie Davis) couldn’t be happier. They’re deeply in love, have a strong circle of friends (including Dan Levy’s John), and Abby even has plans of proposal when she goes to Harper’s house to meet the family. There’s just one small hitch, which Abby learns right outside their door: Harper isn’t out yet to her parents, and told them that Abby was her straight orphaned roommate. Shenanigans ensue as Abby tries to keep her girlfriend’s secret while simultaneously figuring out how to propose to someone not yet ready to share that part of her life with her family.

This trailer is just…it’s perfect. Sure, the jokes are basically what you’d expect from a rom-com like this, and it’s not breaking the mold. But this is doing exactly what you want from a “groundbreaking” genre film. It does everything so perfectly and so sharply (DuVall has always been a fantastic writer/director) while simultaneously giving long-overdue representation to an otherwise hegemonic genre. This…this just hits all my buttons. This could be a streaming hit on par with Palm Springs, would have made millions in theaters, and who knows? Maybe a Best Original Screenplay contender? Of course, this all depends on if the film lives up to this trailer’s expectations, which I desperately hope will be the case. The rest of the cast includes Victor Garber and Mary Steenbergen as the parents (of course), Alison Brie, Aubrey Plaza, Mary Holland, Ana Gasteyer, and Mila Kunis. Happiest Season will premiere on Hulu on November 25th, and you can watch the trailer below.