I Have Zero Expectations Going Into The Trailer For ‘Sully.’ Let’s See How This Turns Out.

HomeNewsI Have Zero Expectations Going Into The...

I’m fairly open about my absolute hatred of American Sniper. I thought it was too long, meandering, poorly acted, horribly written, and sloshed together nothingness. Now Clint Eastwood is back with another “American Hero” story, this time telling the story of Chelsey Sullenberger, known as the titular Sully to the public, the pilot who managed to land his plane on the Hudson River and save all 155 passengers.

Tom Hanks plays Tom Hanks pretending to be Sullenberger, if the trailer is to be believed, and the film will cover Sully’s life leading up to his famous landing, as well as the aftermath. Aaron Eckhart (The Dark Knight) and Anna Gunn (Breaking Bad) also star.

Honestly, it wasn’t quite as bad as I thought it was going to be, and the plane landing sequences look thrilling. This is probably because the film is shot almost entirely using IMAX cameras, which not even Nolan has attempted to do (probably because you aren’t supposed to do that due to shoddy sound issues, but I’ll wait to criticize until I see how Eastwood does). But in spite of all of this, I just can’t get past the fact that this very much feels like Flight as directed by a Clint Eastwood still in the mindset of Sniper, and that really worries me. I guess time will tell about this one. While we wait, I’ll let Matt Damon weigh in on the movie. 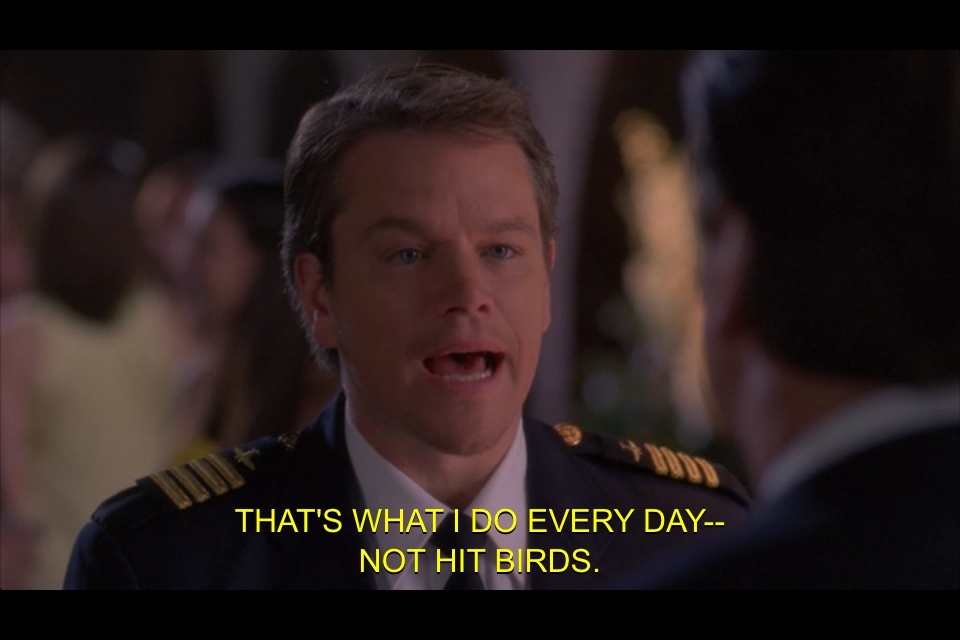 Yeesh, guess he wasn’t a fan. Sully will be out in theaters September 9th. Until then, you can watch the trailer below: