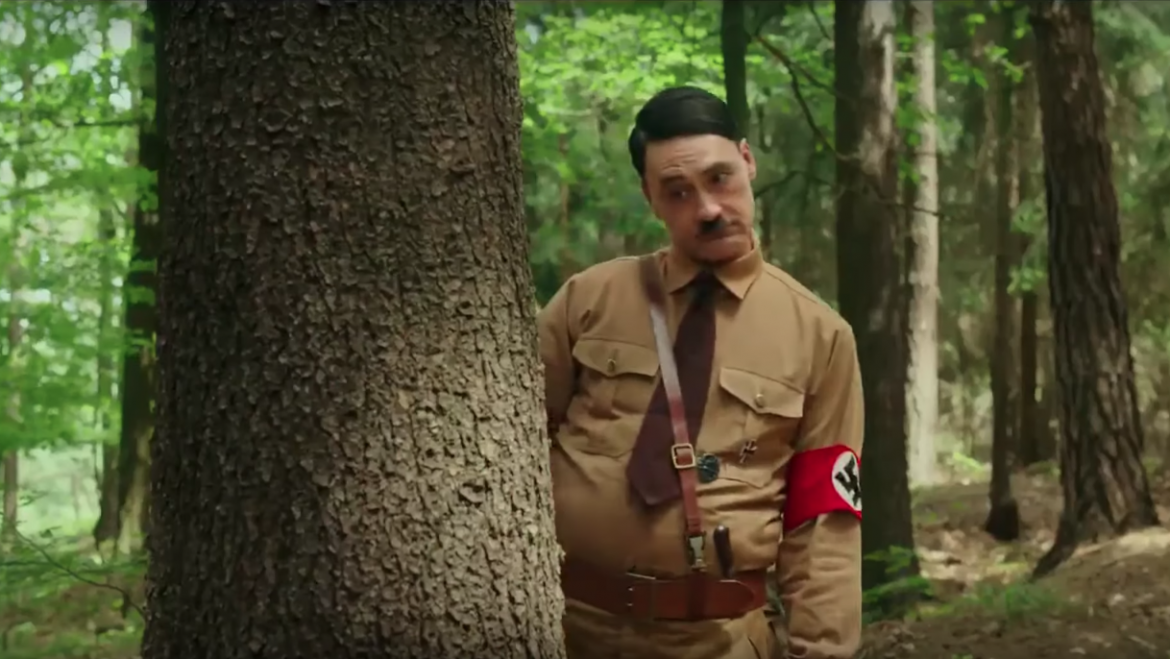 Taika Waititi is perhaps the best, most underrated director in Hollywood at the moment. His last three films, What We Do In The Shadows, Hunt for the Wilderpeople, and Thor: Ragnarok are amongst the best of the decade, changing the game in the mockumentary, family comedy, and superhero genres, respectively. Now set for life off of Thor money, Waititi has turned his attentions to satire, and in the first trailer for Jojo Rabbit, he has pushed the genre to extremes only reached by Stanley Kubrick and Monty Python.

It is the 1940s in Nazi Germany. Jojo Betzler (Roman Griffin Davis) feels isolated from the other boys in his Hitler Youth troupe, who view him as a cowardly “rabbit.” What’s worse, he has discovered his single mother, Rosie (Scarlett Johansson) is hiding a young Jewish girl (Thomasin McKenzie) in their attic, something his love of country, and of their Glorious Leader, has taught him to be a crime. Confronted with these startling revelations, and tormented by the tauntings of the other boys, Jojo’s only hope to make sense of this crazy, crazy world is through the help of his imaginary friend, Adolf (Taika Waititi), a silly, goodhearted scamp in the form of the greatest man he know, who appears to him in times of need.

Yeah, so if that description and the below trailer don’t make it clear, this film is going to be a lot. There’s so much boundary-pushing satire, it’s hard to imagine anyone fully embracing the insanity. And yet, for those who know Waititi’s sense of humor, and those who know what to expect going in, this could very well be the film of the year. I called it one of my most anticipated films way back in January, and you know what? This trailer makes me all the more excited. It’s satire right up my alley, it had me laughing from beginning to end, and the fact that Polynesian Jew Waititi is playing the racial purity-loving Hitler and pissing off modern day Nazis on 4chan is just *chef’s kiss.* I cannot wait for this film to premiere at Toronto, so I can know just how great and how insane Waititi is willing to go. Jojo Rabbit also stars Sam Rockwell, Stephen Merchant, Alfie Allen, and Rebel Wilson, and will be released in the United States on October 18th. You can see the teaser trailer below.