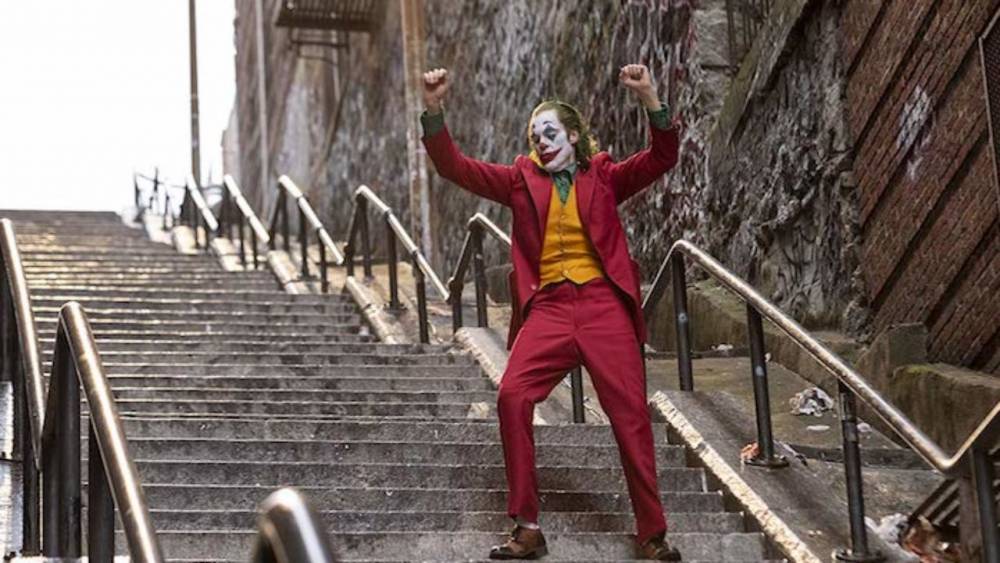 Well…that was an interesting conclusion to the Venice Film Festival. After praise and expected awards for Ad Astra, Ema, Saturday Fiction, The Truth, and especially Marriage Story, all of these films went ignored as the Jury instead opts to give the Golden Lion for Best Film to…Todd Phillips’ supervillain shocker Joker.

That’s right, the Venice Jury consisting of Lucrecia Martel, Piers Handling, Mary Harron, Stacy Martin, Rodrigo Prieto, Shinya Tsukamoto, and Paolo Virzì, has awarded their highest honor to the Hangover director’s Taxi Driver-inspired take on Batman’s infamous enemy. It’s a decisive victory for the film, which Phillips fought Warner Bros. to allow the film to be entered In Competition. This decision both makes complete sense and no sense at all. On the one hand, a jury including Scorsese’s cinematographer-of-choice and the director of American Psycho would definitely gravitate to the story of a sociopath both morphed by and morphing society. On the other hand…this is the Hangover director making a Taxi-Driver esque superhero film becoming the first comic adaptation to win a film festival. It just feels weird. Not wrong. Just weird.

Of course, while Joker had some vocal detractors concerned about the film’s message, it’s hard to be angry about the film’s victory in the face of the statements made elsewhere in the awards. You see, controversial director Roman Polanski’s An Officer and a Spy (also known as J’Accuse) won the runner-up Grand Jury Prize, while director Nate Parker won the Sconfini section award for his newest film American Skin – the first since his fall from grace in 2016 following the revelation of an arrest for rape during college. Now, the Europeans have often been vocal about their disdain for the #MeToo movement, feeling it has silenced too many great artists (not touching this). And if these films had truly been something spectacular, then an argument could be made that art is art, and you must separate the art from the artist, or whatever. But here’s the thing: both films were panned by most journalists, both American and European. Polanski’s Dreyfus Affair drama was described as cloying and condescending, while Parker’s bumbling direction was compared to Tommy Wiseau – a comparison the real Wiseau later derided as “unfair to his own career.” Venice knew what they were doing when they picked this specific jury, and the fact they were so willing to sacrifice their awards’ integrity in favor of some sort of political statement is an offensive slap in the face to anyone who follows these awards.

As for the rest of the festival, things tended to lean fairly European. The Silver Lion for Best Director went to previous winner Roy Andersson for his newest film About Endlessness. Meanwhile, after many years of American winners, the Volpi Cups went to Luca Marinelli for the French Jack London adaptation Martin Eden and Ariane Ascaride for the family drama Gloria Mundi. The Marcello Mastroianni Award for Best Rising Actor (usually young) went to Australian Toby Wallace for Babyteeth (yet another film that received solid reviews). The Special Jury Prize (an extra award presented for films worthy of notice, but not one of the top choices) went to Franco Maresco’s The Mafia Is No Longer What It Used To Be. And Best Screenplay went to the great Hong Kong filmmaker Yonfan for his animated drama No.7 Cherry Lane. The Horizons category awarded Valentyn Vasyanovych the top prize for Atlantis.

Now, what does this all have to do with the Oscar race? Last year’s Golden Lion, Grand Jury Prize, Screenplay Award, and both Volpi Cup winners went on to Oscar nominations, where Olivia Colman eventually won. This year…that certainly won’t be happening. Foreign language films don’t fare well in the Oscar categories, and there’s literally no chance the Academy nominates Polanski after famously kicking him out a few years ago. But as for Joker…well, at this point, it’s hard to deny that the film has real Oscar momentum with a win here. This century, only three U.S.-produced Golden Lion winners have gone on to Oscar nominations (out of seven), but two of those came in the past two seasons. There’s certainly a trend. We’ll find out soon enough as the film approaches a key Toronto premiere before its October debut. Until then, you can see the full list of In Competition winners listed below.