‘Judas And The Black Messiah’ Trailer

HomeNews‘Judas And The Black Messiah’ Trailer 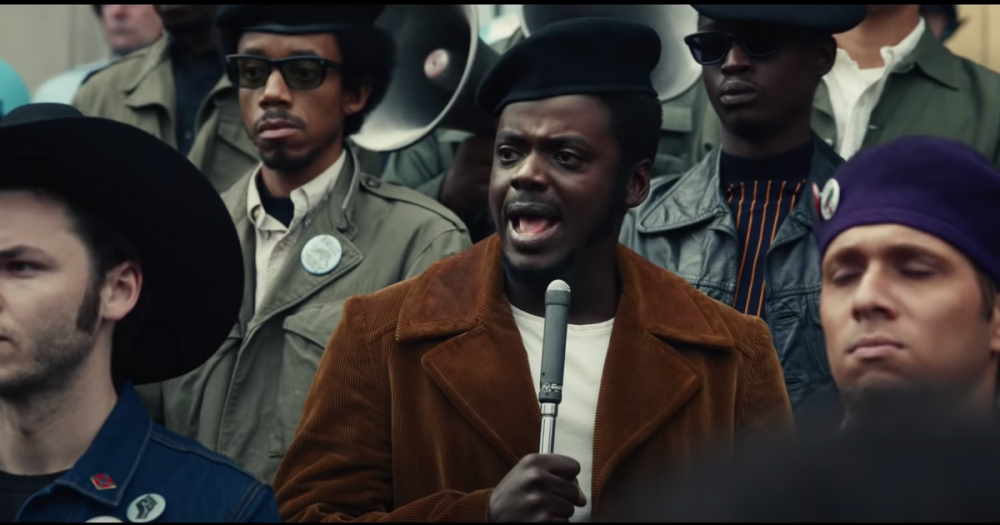 I’ve been thinking a lot in recent days about Judas and the Black Messiah, and how so many of my fellow pundits have been sleeping on it. While director Shaka King is relatively unproven, it’s still a production that cannot be overlooked. It’s produced by Ryan Coogler of Fruitvale Station and Black Panther fame. It stars two of the most underrated actors in Hollywood, Daniel Kaluuya and LaKeith Stanfield. It has a supporting cast including Jesse Plemons, Martin Sheen, Ashton Sanders, Algee Smith, Dominique Fishback, Lil Rel Howery, and more. And it tells an important story: the rise and subsequent murder of Black Panther leader Fred Hampton. I’ve been calling this a major Oscar contender for a year now, and have been shrugged off by almost all I’ve spoken to. But now that the film has dropped its first trailer, it seems many of them have changed their tune.

Judas and the Black Messiah tells the story of Fred Hampton (Kaluuya), and his relationship with William O’Neal (Stanfield). Hampton, the leader of the Illinois Black Panther Party, was the most influential speaker and leader amongst the black community in the wake of Martin Luther King’s assassination. Bridging the gap between Martin and Malcolm’s coalitions, Hampton’s fiery sermons and ability to lead brought about a temporary ceasefire amongst gangs in Chicago and united the multitude of movements in the 1960s under one umbrella. However, due to his undeniable influence, J. Edgar Hoover (Sheen) and FBI agent Roy Mitchell (Plemons) deemed him to dangerous a threat to live. And once they managed to turn O’Neal into an informant, the trajectory is set for tragedy: one that includes assassination, botched cover-ups, and the ultimate destruction of the Civil Rights movement.

This is just a sublime example of how to market a film. It captures the fiery energy of Kaluuya’s performance, the quiet contemplation of Stanfield’s, the sheer lusciousness of the filmmaking, and the electric power of history. I expected big things from this film, but I certainly wasn’t expecting this. Hell, even the doubters I mentioned above have jumped on the bandwagon of support. Either this film is going to be something insanely special or this is the greatest bit of marketing in modern history. It’s certainly made me confident in its recent choice as one of my most anticipated of the year, and it’s certainly made me confident in my upcoming Oscar predictions. Hell, I may be undervaluing it in several categories – and I have Stanfield and Kaluuya in the Top 3 in both their respective categories. This is a film to keep an eye on. Judas and the Black Messiah is currently not scheduled for a specific date – instead it’s going with the ballsy, smart bit of marketing “Only In Theaters.” That said, you should probably look for the film sometime this winter, either late 2020 or early 2021. You can watch the remarkable trailer below.