‘Manchester By The Sea’ Review

HomeReviews‘Manchester By The Sea’ Review 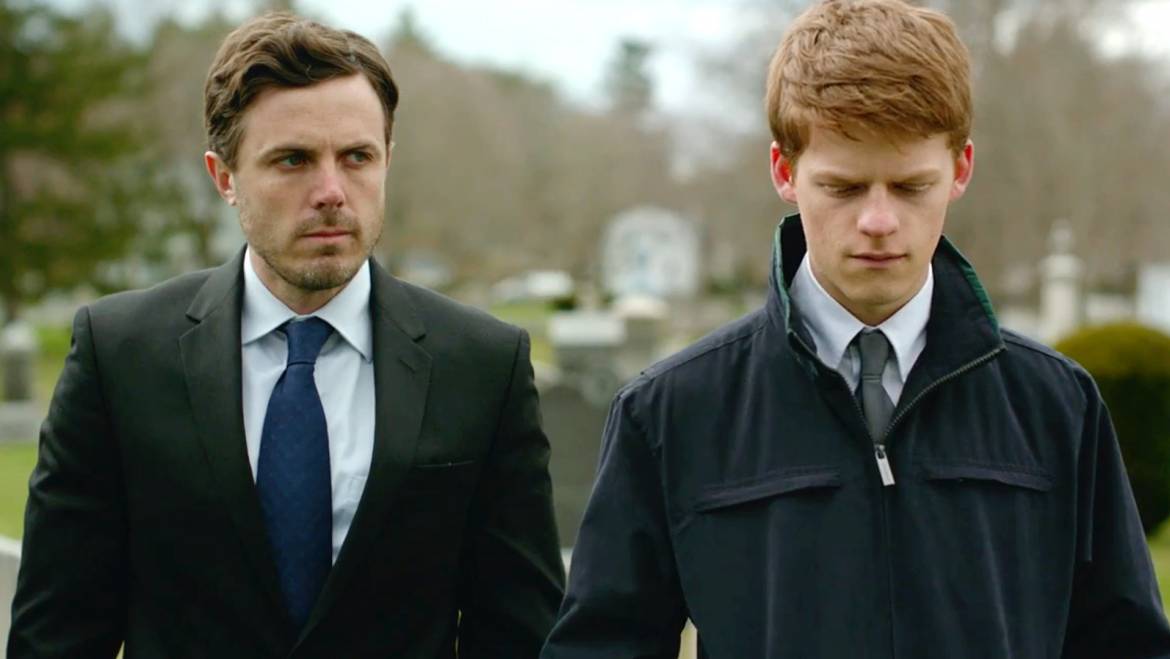 It must be an incredibly difficult task to center a film wholly on an emotion. I’m not referring to the feelings that a film inspires, or the way the characters emote. I mean to make an entire film that serves as an extended metaphor for one emotion. A film where each frame is meant to further your understanding of one particular feeling, all the feelings it inspires, and all the events that cause and affect it. It requires an extraordinary amount of talent on the part of the director, and perhaps even more so on the part of the writer. It’s a task that perhaps only Tennessee Williams came close to achieving (ok, maybe Shakespeare too). And while I’m not entirely convinced that Kenneth Lonergan-one of our greatest writers and a damned decent director-fully achieves his dream with Manchester by the Sea, he tries his damnedest. And with help from a fantastic cast and a decent editor, I’d say that it was all well worth the effort.

Lee Chandler (Casey Affleck) is a husk of a man. He’s brooding, emotionless, distant, and bitter. He lives in Boston, working as custodian for minimum wage. He has no friends, and he doesn’t want any. His life, however, is upended when he gets a call that his brother, Joe (Kyle Chandler), has passed away suddenly. Lee must return to his hometown of Manchester-by-the-Sea to take care of his sixteen-year old nephew Patrick (Lucas Hedges), as well as deal with the demons of his past, including his ex-wife Randi (Michelle Williams).

The reason that films like this work is because of the skill of the writer, and this film has one of the best in Lonergan. Known for his ability to turn simple prose into operatic symphonies, Lonergan milks each detail as if it is the next major development in a Dickensian saga. With each tragedy we encounter, we get an entirely human moment to balance it out. This could be a new, slightly eccentric character to change the tone, like C.J. Wilson’s George, or Matthew Broderick’s Rodney. Or we could witness something humorous, like Patrick’s repeated fumblings as he attempts to bed his high school girlfriend, Sandy (Anna Baryshnikov). We could even enjoy a moment of simple humanity, in all its messy, realistic humor, such as a moment of panic as Lee and Patrick frantically search for their car in frigid weather. Lonergan breaks up each dramatic beat with moments like this, to relieve the tension, lighten the mood, and help you form healthy attachments with his lead characters.

What’s also interesting about Lonergan is that his direction is completely indiscernible, and yet could not be accomplished by anyone else. The reason for this is that he is the only one who can properly understand the timing of his own screenplays. There are several moments in this film where characters, their emotions beginning to bubble over the top, must release this energy at each other, and over each other. They shout and fight and the dialogue becomes incredibly muddled. This is a decision that most filmmakers avoid-why would you have the characters talk over each other like that? You won’t be able to hear the dialogue! And if any other director were to attempt to do it, they would fall flat on their face-the final product would turn out too obnoxious and completely unusable. However, with Lonergan, he executes each line perfectly, with incredible precision, helping to craft a scene that feels natural and realistic instead of verbose and grandiose. It’s a unique gift of a writer/director, and one that almost any creative person-myself included-should be jealous of.

What’s perhaps most interesting, however, is watching how Lonergan himself has grown as a filmmaker. Manchester by the Sea serves almost as a graduation from the ideas he’s explored in his previous two films. While both films focus on the way tragedy and grief affect our daily lives, they do so in very different ways. His first film, You Can Count On Me, focuses on how the loss of parents tests the bonds of two ideologically different children, and focuses on the intimate details of family life. Meanwhile, Margaret, his second film, focuses on one tragic moment in the grand scheme of things, as a young girl watches the butterfly effect that is her life after witnessing (and causing) the death of a woman crossing the street. It’s a grandiose piece, with hundreds of characters, thousands of lines of dialogue, several sequences of speaking over each other, and a general theme of grief in the post-9/11 world. Manchester takes these notions to the extreme, using everything in his arsenal to explore grief as an emotion. The film itself is focused squarely on the shoulders of two distant family members just struggling to get by after years of suffering. That’s where You Can Count on Me enters into things. However, he does so through such a macrocosmic lens that looks at an entire town as one being, ebbing and flowing like the sea it lives on as our hero struggles to get by, is very much Margaret. Watching the best of both of these films be used to help explore entire emotional journeys is an immense joy, and while there are a few missteps and missed opportunities, Lonergan handles himself admirably.

Of course, if you know anything about this film, you’ll know that at this point I’m going to have to talk about Casey Affleck. Affleck’s performance has been widely and enthusiastically heralded as an all-time great. And yes, I won’t deny it: Affleck is wonderful in this film. His minimalist style is not suited for every project (Tower Heist and Interstellar come to mind), but when he finds something that allows him to tap deep into himself to draw from his own core, man is he good. My biggest complaint about Lee Chandler has nothing to do with Affleck’s performance (well, maybe it does): Chandler is so dead inside when we first meet him, it’s very difficult to fully connect with him. Oh, sure, he’s likable enough. And you’ll most certainly feel for him every step of the way. However, something about the way the character was written is just too distant. I’m not sure this is Affleck’s fault in the slightest-he does everything he can to make Lee as empathetic as he possibly could be. I just wish there was some crack, somewhere, where someone like me could find a way in to fully bond with this poor character. This same critique does not exist for eighteen-year old Hedges, who I would even argue steals the movie from Affleck. You could make the argument that Affleck’s character is so much in the eyes, he doesn’t get a flashy moment like Hedges does, and I don’t disagree. But I point out again-he’s eighteen. And he’s this good. I’m in the minority here, but I believe that this young man stole the movie. And speaking of stealing the movie, Michelle Williams. Williams is billed third in this 2 hour 15 minute feature. And she’s in exactly three and a half scenes. Go ahead and count them-I know I’m right. And yet, she deserves that placement. Why? It’s not because she’s a major draw; it’s because her performance in these three moments enrapture the movie. She’s smart, funny, perceptive, and heartbreaking all at the same time. Her final major scene with Affleck is the stuff of wonders and catharsis.

Manchester by the Sea is a heartbreaking epic. It’s also funny, quiet, loving, delicate, and humanizing. It runs the gamut of human emotions, because it expects its actors to run the gamut of human emotions. Lonergan set out to portray grief and tragedy onscreen, as well as everything that goes along with it-the tiny moments that make up our life, even during the most horrifying of circumstances. With such a big goal in store, obviously perfection is impossible. However, it is also impossible not to appreciate these little missteps. It shows that its director is a human being, portraying human emotions in an incredibly human way.