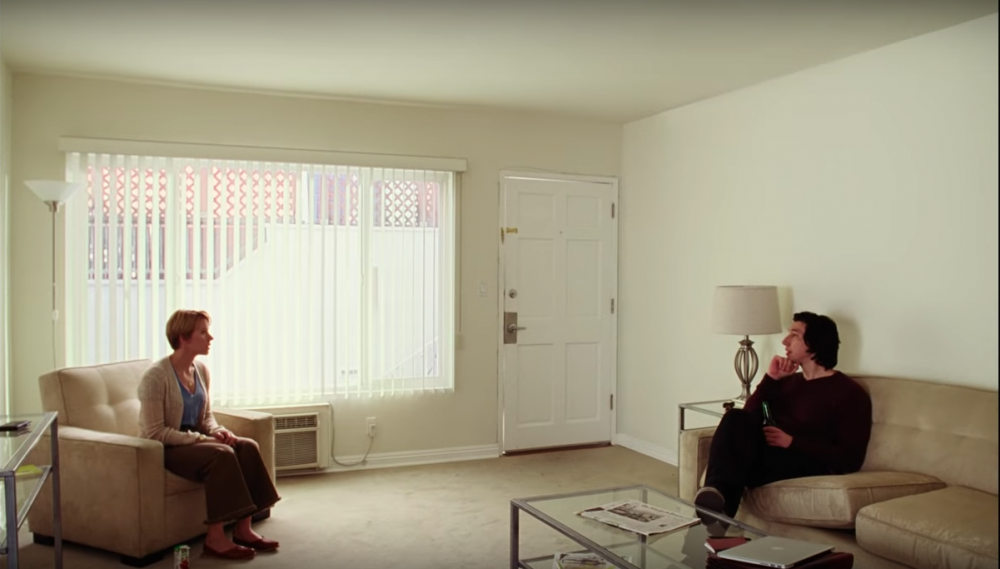 Every year I write about the Golden Globes, I feel like I see the Globe-iest Globes I will ever see. They just love making their insane, sometimes bad choices. And yet, despite this, I can’t help but feel I’ve seen the most insane Golden Globes list this morning, thanks to the nominees for the 77th Golden Globes. It’s an insane list this year, and I don’t know fully how I feel about that.

Let’s start with the simplest details before we get into the crazy, shall we? Marriage Story leads this year’s film nominees with six apiece, followed closely by The Irishman and Once Upon A Time…In Hollywood with five. Marriage Story earned nominations not only in Best Drama, but in Best Actor and Actress for Adam Driver and Scarlett Johansson, Best Supporting Actress for Laura Dern, Best Score for Randy Newman, and Best Screenplay for Noah Baumbach. It will compete with fellow Netflix film The Irishman in Best Drama, while Martin Scorsese’s crime epic will also appear in Best Director, Best Screenplay, and twice in Best Supporting Actor (Al Pacino and Joe Pesci). Meanwhile, Quentin Tarantino’s epic dramedy about the death of America’s “Golden Age” received a nomination over on the Comedy/Musical side of things, and also received nominations for its actors (DiCaprio in Actor, Pitt in Supporting Actor), Best Director, and Best Screenplay. Considering their massive support and the Globes’ clear love for the films, consider these your frontrunners.

And yet, despite their frontrunner status, Marriage Story and The Irishman both have discernible, surprising weaknesses. The Irishman missed out on a nomination for its star (and Globe favorite) Robert De Niro, while Baumbach himself did not receive a nomination for Marriage Story in Best Director. Both films lost out (somewhat surprisingly, somewhat not) to Joker, the billion-dollar Scorsese copycat that’s become a talking point. Joker was nominated for Best Drama, Best Actor for Joaquin Phoenix, and Best Director for Todd Phillips, along with Best Score. That’s a big win for Phillips’ tragedy, and should bode well for the Oscar race. De Niro was also forced out of the Top Five by Christian Bale, the sole nominee for Best Actor – Drama, which is disappointing in the sense it is Ford v Ferrari’s sole nomination, but exciting in the sense that this is a deserved nod. Best Drama was rounded out by two British productions that have slowly become huge focal points of the awards race: 1917, Sam Mendes’ one-shot war film which received nods in Best Director and Best Score as well, and The Two Popes, the Netflix drama about Pope Francis and Pope Benedict that has enraptured the world over regardless of faith, and received a shocking four nominations today, including Best Actor for Jonathan Pryce, Best Supporting Actor for Anthony Hopkins, and a surprise Best Screenplay for Anthony McCarten (maybe this is his first good screenplay).

Over on the Comedy/Musical side of things, it was pretty much business as usual. Jojo Rabbit had a big morning, thanks to nominations in Best Musical/Comedy and Best Actor for Roman Griffin Davis. That being said, it did end up laying well below expectations – there was no nomination in Best Supporting Actress for Scarlett Johansson, nor was the film nominated in its strongest category, Best Screenplay. That’s a big surprising. Also surprising (in a good way!) is the HFPA’s snubbing of Cats, which normally seems like a lock for the group’s insanity. They instead chose the superior Rocketman, which also received a nomination for star Taron Edgerton, as well as its original Elton John song “(I’m Gonna) Love Me Again.” Cats did, however, receive a nomination for Best Original Song for Taylor Swift’s “Beautiful Ghosts.” The Comedy categories were rounded out by Dolemite Is My Name, which received a nomination for Eddie Murphy, and Knives Out, which also received nominations for its stars Daniel Craig and Ana de Armas. In fact, the only surprise amongst the Comedy categories was the snubbing of Charlize Theron and Constance Wu in favor of (*checks notes*) Cate Blanchett for Where’d You Go, Bernadette? Well, that’s a choice.

With the top categories out of the way, let’s dive into the surprises, snubs, and sheer insanity of it all. The clear message of the morning was just utter disdain for Little Women, which missed out in expected categories and instead only received Best Actress for Globe favorite Saoirse Ronan and Best Score. Actually, I’ll take this a step further: the Globes displayed an utter disdain for women as a whole today. Despite Mairelle Heller, Lulu Wang, Ariel Har’el, and especially Greta Gerwig (whom the Globes have snubbed before), no women were nominated in Best Director or Best Screenplay – not to mention all ten nominated films happened to be about men. That is an egg on this sexist organization’s face, and they deserve all the roasting online they are about to get. Speaking of Lulu Wang, I’m also a little bummed I backed out on my plan to predict The Farewell in Best Foreign Language Film. Despite being produced in the United States and having a 50/50 English/Mandarin split, the Globes recently announced it would be considered Foreign Language, much like Letters From Iwo Jima and Passion of the Christ were years ago. While I had a hunch the Globes would cheat and nominate it here, I second-guessed myself on the assumption that the Globes had respect for themselves. I was wrong.

Still, not every surprise was innately terrible. Take a look at Best Supporting Actress, for instance. Sure, Zhao Shuzhen was snubbed in favor of Kathy Bates, but look at Annette Bening! She seemed completely out of the Oscar race, and this puts her right back in the heat of things. Then there’s Parasite, which managed to score three nominations despite being ineligible for any top prizes – Best Foreign Language Film, Best Director for Bong Joon Ho, and Best Screenplay. And in my favorite choice of the day, underlining the insanity of it all, The Lion King received two nominations – one an expected slot for Beyoncé in Best Original Song, the other a NOMINATION FOR BEST ANIMATED FEATURE! WHICH DISNEY HAD NOT SUBMITTED IT FOR! AFTER INSISTING IT BE TREATED AS LIVE ACTION FOR MONTHS! HAHAHAHAHAHAHAHA! There are two ways to read this nomination, both equally funny. First, the Globes are trolling Disney, pointing out that the CGI cash grab was, in fact, technically animated and should be treated as such. The second, more likely reasoning is that the Globes are such blatant vote prostitutes that they nominated it here as a means of hanging out with their favorite celebrities. Whichever cynical reading you prefer, you win.

Moving on to television, things don’t get much better. I’m going to start off positively before I move into my epic rant. Well, positively for me. You see, I’ve spent weeks telling people not to sleep on Kaitlyn Dever for Unbelievable and that Watchmen is both too recent and too area-specific to resonate with HFPA voters. I was shut down in Globe predicting circles for both theories. Well WHO’S LAUGHING NOW? Not only did Dever lead an overperforming Unbelievable to four nominations (Best Miniseries, Best Actress for Dever and Merritt Wever, and Best Supporting Actress for Toni Collette), but Watchmen was also shut out across the board. Even last year’s winner Regina King didn’t get in (the only concession I made to the Internet hoard). I was also right in assuming the Globes would go gaga over the two best comedies of the year, Fleabag and Barry. Both shows received three nominations apiece – Best Comedy and Best Supporting Actor (Henry Winkler for Barry, Andrew Scott in Fleabag), as well as Best Actor for Bill Hader and Best Actress for Phoebe Waller-Bridge. Both performers should be considered the frontrunners in their fields, with Fleabag poised to win yet another major award.

Ok, is the happiness out of the way? Good, let’s move on to the elephants in the room. When They See Us, the best limited series of the year, was completely shut out this morning. Despite winning the Gotham Award for Best Long Form Show, despite winning the Emmy for Best Lead Actor, despite hundreds of critical and industry awards, Ava DuVernay’s historical epic did not receive a single nomination – not for Best Series, not for Best Actor in Jharrel Jerome, not anywhere. That is an embarrassment, and the Globes should feel shame over that for the rest of eternity. Similarly, the likes of Game of Thrones, POSE, and more were snubbed to make room for Apple TV’s flop The Morning Show. While a Jennifer Aniston nomination as always likely (the Globes love her), the fact that the show received a nomination for Best Drama and costar Reese Witherspoon (who beat out Regina King, Sandra Oh, Zendaya, and a whole lot more) is just pathetic. Ditto for George Clooney’s Catch-22, which was decent, but also a massive flop. It’s two nominations are clearly an attempt to starf*ck. The Kominsky Method once again scored three nominations, meaning that Veep’s terrific final season has once again gone unrewarded. I also find it interesting that while the decent final season of Big Little Lies received the expected nominations for Nicole Kidman and Meryl Streep (not to mention Best Drama Series), standout Laura Dern did not receive a nomination. While not the end of the world, I am a little upset about this fact. I’m going to have to stop writing about the TV nominations now before I get angry. At least Ramy Youssef got in for Ramy, I guess.

That about wraps up where we are in the Globe race today. It’s gonna take me a while to calm down after this one, but it’ll pass. The 77th Annual Golden Globe Awards will be presented at 8:00 PM on January 5th, 2020. They will be hosted by Ricky Gervais, and you can see the full list of nominees below. Now, if you will excuse me, I must summon the Dark One from her ancient slumber once again. I can feel the rivalry brewing on the winds in the distance…