National Board Of Review Award Winners 2017 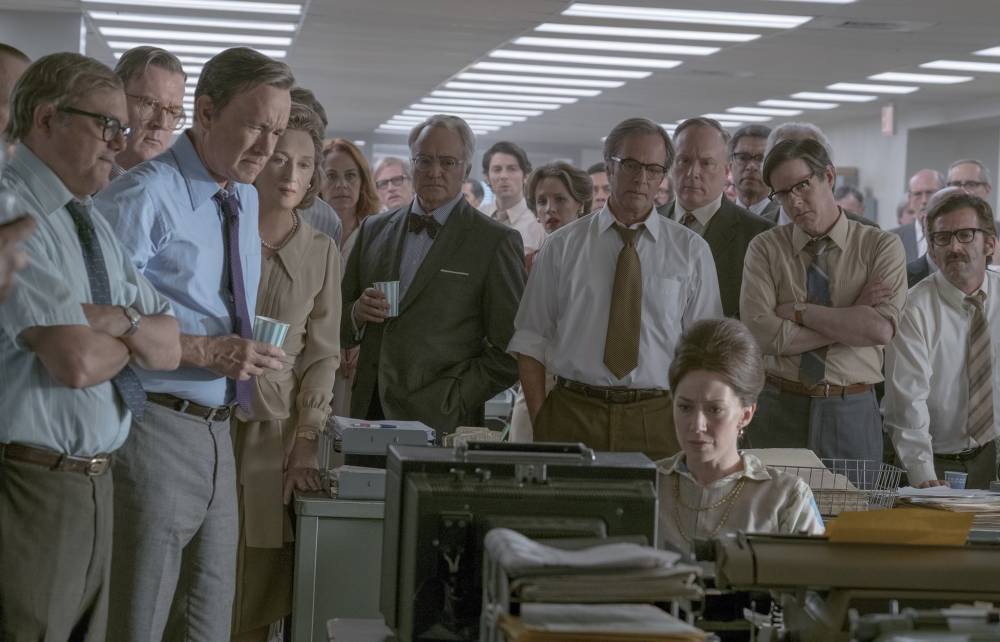 The beginning of awards week continues as the National Board of Review has officially announced their picks for the best of film in 2017. In a surprising move in its simplicity, the NBR has rewarded The Post as the Best Film of the year, as well as awarding it Best Actor and Best Actress for Tom Hanks and Meryl Streep. While the NBR’s winners usually don’t end up taking home Best Picture, they do often receive a nomination, so this seems to confirm The Post’s chances as a legitimate Oscar contender.

The rest of the NBR’s Top Ten films include the likely, such as Call Me By Your Name, Dunkirk, The Florida Project, Lady Bird, and Get Out, to the surprising-but-deserving like Phantom Thread, The Disaster ARtist and Baby Driver (YESSSSSSSSS!!!!!!!!!), to the flat out-shocking, for one reason or another, like Logan or Downsizing. That Downsizing pick is shocking for many reasons, not least of which it seems that the film’s awards team has gotten over those early hurdles in order to get the film back on track critically and commercially. Perhaps I was wrong to count it out of the Oscar race completely. However, even more shocking is the fact that Downsizing got that nomination by surpassing Oscar frontrunenrs Three Billboards Outside Ebbing, Missouri, The Shape of Water, and I, Tonya. All three films were completely shut out, continuing a cold streak for Fox Searchlight’s two one-time Oscar frontrunners. It’s worth noting that the NBR has a history of snubbing fantasy films, even the Lord of the Rings trilogy, meaning that The Shape of Water still has a chance, but Three Billboards is going to have a real tough go here. The NBR usually only has five to 7 of their films go on to Best Picture nominations at the end of the year, but they’ve only missed out on awarding the Best Picture winner twice since 2000. It may get nominated, but I think it’s safe to say that Three Billboards is not winning Best Picture this year. Other snubs, including for the Independent Top Ten, include Good Time, Ingrid Goes West, and especially The Big Sick.

However, I don’t want to dwell on the films that missed out, especially when the films that were rewarded are so great. The indie films list included several of my favorite films of the year, including Brigsby Bear, A Ghost Story, and Logan Lucky. Best Supporting Actor and Actress went to Willem Dafoe and Laurie Metcalf, respectively, and as far as I’m concerned, those are indeed the two best supporting performances of the year. Usually three out of the four acting awards go on to Oscar nominations, so I think it’s safe to say that these actors are all a safe bet. Meanwhile, Phantom Thread and The Disaster Artist both continued their previous acclaim by receiving the two writing awards, a surprise considering it was unknown if Phantom Thread premiered in time or if The Disaster Artist would play anywhere outside the mainstream. The most surprising award, despite being incredibly deserved, was Greta Gerwig for Best Director on Lady Bird. And in the most predictable awards of the bunch, Timothée Chalamet won the Breakthrough Performer award for Call Me By Your Name while Jordan Peele won Breakthrough Director for Get Out. Get Out also won the Best Ensemble award. And finally, we have the NBR’s two special awards, one of which resulted in a tie. The first, the Spotlight Award, is given for the best creative achievement of the year (i.e. one actor wowing in several films, collaborations, or an auteur writing, directing, and starring in a film). That award went to Patty Jenkins and Gal Gadot for bringing Wonder Woman to life (surprisingly, the film’s only nomination). The second award is the Freedom of Expression Award, given to films that raise awareness for human rights all over the world (i.e. Beasts of No Nation, Rosewater, The Central Park Five). That award resulted in a tie, being split between Angelina Jolie’s First They Killed My Father and John Ridley’s Let It Fall: Los Angeles 1982-1992.

If there’s any takeaway I have from the NBR awards, it’s that we definitely need to keep an eye on Lady Bird, Get Out, and The Post. I also think this is big news for box office returns and awards consideration for The Florida Project, The Disaster Artist, and Baby Driver. You can see the full list of NBR winners below.