National Board of Review Awards 2016: ‘Manchester By The Sea’ Named Best Film 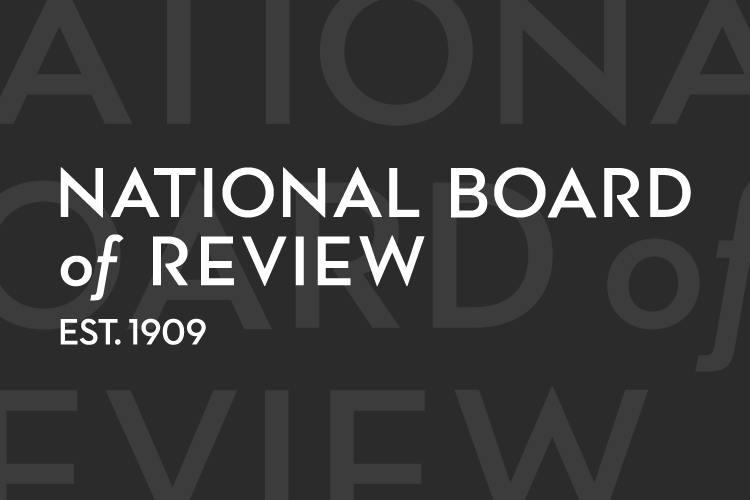 11/30/2016 Travis Burgess Manchester By The Sea, National Board of Review, Nominations 0 Comments

The National Board of Review Awards, the first major critics award presented every year, is not one that decides the Oscar race. However, it does have a hefty bit of weight in influencing the race. In 2013, despite picking mostly underrated performances that missed the Oscars in their acting categories, they single-handedly launched Her’s Oscar campaign. In 2014, their Top Prize went to A Most Violent Year, a good film that was ignored by most other outlets, but they also gave Clint Eastwood the Best Director award, making themselves influential in the film’s eventual six nominations with the Academy. And last year they chose to ignore the normal rules surrounding the race to begin paving the Golden Road for Mad Max: Fury Road. So, long story short, while they rarely ever determine the races for the Academy, they are pretty good at bringing attention to films that deserve it. And it seems that’s what they wanted to do today.

I’m sorry I didn’t post my predictions for the awards-I ran out of time. This is probably for the best, though, because I like the fact you all have a modicum of respect for me. You see, out of all these great awards (not including the Top Tens), I got a whopping three right. That’s just embarrassing. There were a lot of things I expected to happen today that didn’t. I thought Fences would show up somewhere. I didn’t think that they had seen Silence yet-or would even appreciate it if they saw it. And I thought they’d make a bigger statement than the gentle touch they provided. I was expecting a win for Arrival or Sully, maybe even Patriots Day, if the NBR wanted to prove their worth. Instead we saw a big day for Manchester by the Sea, which not only won Best Film, but also Best Actor, Best Breakthrough Actor (for Casey Affleck and Lucas Hedges, respectively), and Best Screenplay. This makes it a lock in the Best Actor and Best Screenplay categories, and helps the films chances of making a move for the Oscar. Meanwhile, Moonlight also played big coming off of its Gotham Awards sweep, taking home a Best Supporting Actress win, a Best Director win, and a spot on the Top Ten. If any film has emerged in a position to compete with La La Land for Best Picture, it’s Moonlight. Speaking of the frontrunner, La La Land surprisingly only walked away with a spot on the Top Ten list. That’s not a great sign, but not a deal breaker either. Spotlight fared similarly last year. It’s worth noticing that Silence won Best Adapted Screenplay (although not as interesting once you realize that this is the only award Scorsese seems to care about and pander too), and that Jeff Bridges won Best Supporting Actor for Hell or High Water, which also received a Top Ten listing. Could this film be an Oscar contender? I really loved it, so I’m hoping that answer is “Yes.” Best Ensemble interestingly goes to Hidden Figures, which could end up being a crowd favorite, and the Best Documentary prize goes to O.J.: Made In America (putting it squarely in the Oscar race, where many pundits feared it would flounder). However, there’s two particular awards that provide any interest: the Spotlight Award and Best Animated Film. The Spotlight Award is designed to reward an artist or project for some sort of overwhelming achievement-like John Goodman being in five acclaimed movies, Chris Rock writing/directing/starring in Top Five, or Sicario as a conceptual project. This year the prize went to Mark Wahlberg and Peter Berg, who have made two critically acclaimed films this year. This type of award, on top of its Top Ten listing, could propel Patriots Day into an American Sniper style sleeper pick. Meanwhile, Best Animated Film continues to be incredibly heated. No film has ever won this award without going on to become a Best Animated Feature nominee at the Oscars. This is a statistic that bodes incredibly well for Kubo and the Two Strings.

From a personal perspective, it’s nice to see picks for films like Arrival, Moonlight and especially Hail, Caesar!, all of which I have championed to varying degrees of success. I also appreciate Sing Street’s spot on the list of Ten Independent Films. It’s a nice touch. I will be taking this information to finalize my Oscar predictions, which I hope to share with you all shortly, as well as to see which films should be moved to the top of my Christmas viewing list. In the meantime, you all should look at this to form your own viewing list. These are some of the best films of the year-you won’t be disappointed, guys.

The next major precursor award will be presented tomorrow. I’ll have that posted for you as soon as I get the chance.

Tags: Manchester By The Sea, National Board of Review, Nominations