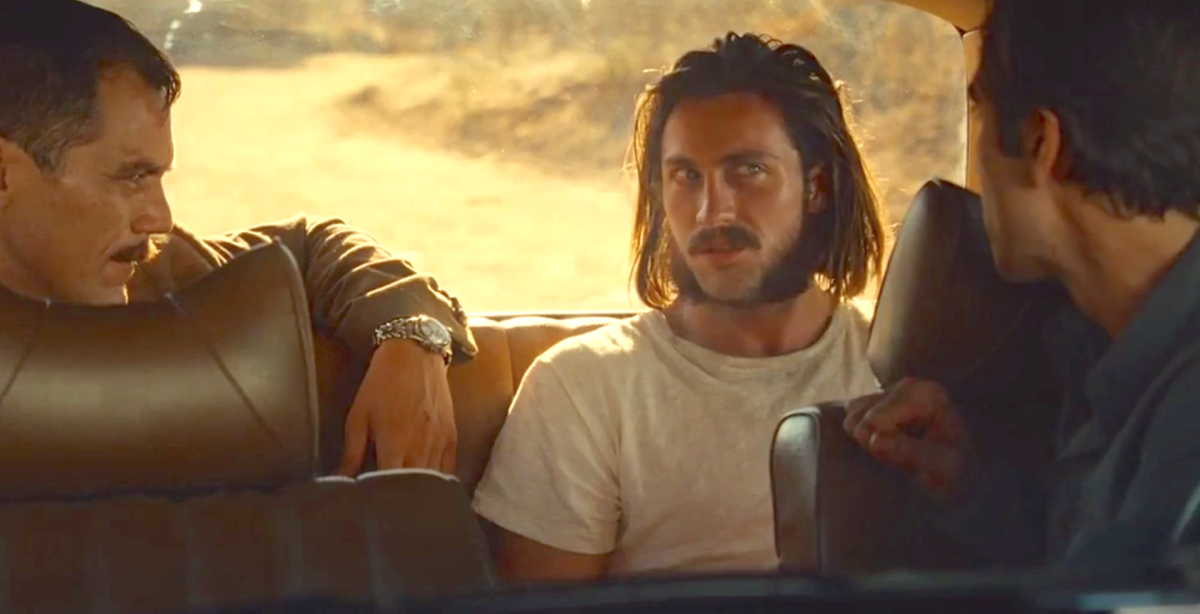 David Lynch is one of the greatest living directors. The only thing better than his writing, which exists in a magical world where his dialogue is so on the nose in its thematic nature that it becomes intellectual again as opposed to shallow, is his filmmaking, which consists of gorgeous imagery that captures the beauty and the horrors of everyday life, especially surrounding America and Americana. The two come together to create this perfect mixture of irony, horror, and beauty. Now, at this point, if you’re in the know, you’re probably wondering, “Wait, isn’t this a review of Nocturnal Animals? Wasn’t that directed by Tom Ford, the fashion designer? Why are you talking about David Lynch?” Well, yes. You’re right. Nocturnal Animals was, in fact, written and directed by Tom Ford. However, I needed to explain why Lynch is such a great talent in order to properly explain why Nocturnal Animals is such an oddly mediocre film, despite great performances.

Susan Morrow (Amy Adams) is a miserable socialite. She lives in a big house with her unfaithful, struggling husband (Armie Hammer), spends her time as an art gallery owner in L.A., and suffers from deep insomnia. One day, she receives a package in the mail from her previous husband, Edward (Jake Gyllenhaal): a copy of his new manuscript, a book titled “Nocturnal Animals” (his former nickname for her) and dedicated to her. Susan soon finds herself immersed in a tense pulp novel about a young man (also Gyllenhaal) and his family (Isla Fisher and Ellie Bamber) who find their lives forever changed after a bad run-in with a group of Texan rednecks, led by Aaron Taylor-Johnson, and are embroiled in a cycle of revenge involving a Southern detective with nothing to lose (Michael Shannon).

The reason for my extended David Lynch analogy at the beginning of this review is that this is exactly the type of film that Lynch loves to make. It’s a dark thriller filled with satire, rich imagery, classism, psychological analysis, revenge, and just a dash of the ultraviolence. And, in Ford’s defense, he’s got the visual touch. The film is precisely filmed, capturing both the cold greys of L.A. and the lives of the elite as well as the harsh-yet-gorgeous oranges of poverty-stricken Western Texas. It has the Lynchian touch of capturing the beautiful in the bizarre and horrific-such as the oddly beautiful shot of two murdered bodies wrapped in each other’s embrace on an abandoned couch. And I don’t know how you can’t imagine Lynch’s filmography during a bizarre, borderline offensive opening involving obese women (in Ford’s defense, it is memorable, and there’s a level of satire it’s reaching for). There’s undeniably a keen director’s eye on display here, stemming from a fashion designer’s sensibilities.

However, to make a Lynchian film, you need more than just a specific directorial style. You need a razor-sharp wit that is decidedly odd, decidedly on-the-nose, and decidedly American. I’m talking the type of style that gave us lines like “Heineken? F*ck that sh*t! Pabst Blue Ribbon!” in Blue Velvet, or “This snakeskin jacket represents a symbol of my individuality and my belief in personal freedom!” in Wild at Heart, or any line in Twin Peaks. It’s a sense of bizarre irony, both on the nose and aware it’s on the nose, and capturing something unique about American sensibilities. Tom Ford’s screenplay for Nocturnal Animals features none of that. The dialogue is all on-the-nose, but there’s no sense of irony to it. It’s just kind of explaining the themes to us. There’s no exploration, no subversion, and in the end, no intelligence. I’d think it’s supposed to be an intentional spoof-that Gyllenhaal’s author is supposed to be bad at his craft, and that’s why the dialogue sounds so bad-but the “real world” dialogue sounds even worse. And when coupled with two dimensional character types, it makes for an even stranger experience. I’m almost tempted to say that when it came to the two segments of the film, Ford asked the political landscape to write each other’s segments. It’s like he asked Trump supporters what they thought rich liberals lived like, and then asked Clinton supporters what they thought Trump supporters lived like. This results in vague, stereotypical, and politically dividing portrayals that add nothing new to the dialogue and instead leave the film as a weakened, toothless eunuch for its satire. And I haven’t even pointed out that there are no stakes involved here. Now, I’m not one who feels a story has to have stakes-Dazed and Confused has no stakes, Everybody Wants Some!! has no stakes, My Dinner with Andre has no stakes, etc.-however, it has to at least strive for something. This is a film that sets up an interesting story-a revenge thriller-inside the world of a spoiled white lady reading a book. Not only are there no stakes to that, it doesn’t strive for anything. This film would have been better served to pick one plotline and stick to it, or choose a different framing device.

Now, while the script does the overall production no favors, I will give the cast credit for helping elevate the material to the best of its abilities. Adams does what she can with a completely thankless role, but it remains just that-a thankless role. She has nothing interesting to do, and in the end, comes across as a boring and bland character. But kudos to Ford for brilliantly casting Isla Fisher as her literary doppelgänger-it’s so unsettling it takes many people (myself included, even though I knew Fisher was playing the role) several minutes, even until the credits role, to figure out that they are not the same person. Meanwhile, Hammer is wasted on a nothing role, and comes across as blander than Adams. Gyllenhaal makes the most out of his dual roles, and while it is the weakest of his most recent run of hits by a mile, he’s still fascinating to watch. And I love the idea that you can only tell his two characters apart by the fact one of them has a goatee. However, if there are two performances I loved, though, they would be Aaron Taylor-Johnson and Michael Shannon. Taylor-Johnson plays your stereotypical redneck villain, not unlike what you’d see in Deliverance, or an 80s slasher film. But he just chews the role up so delightfully, you kind of love it. It’s absolute overkill to show some flamboyant hick sitting on his front porch pooping into his porch toilet while talking on the phone, but it’s such a striking visual, and Taylor-Johnson takes such glee in it, you can’t help but be entertained. As for Shannon, he may very well be playing himself. A no-nonsense, old-timey Texan sheriff who wants to shoot first and ask questions later, and who feels like his catchphrase should be “Damn Miranda Rights,” Shannon is entertaining, tough, and absolutely magnetic on the screen. Once he’s introduced, you spend the rest of the film wishing for him to come back onscreen-even to the point you will resent the stupid plotlines of Amy Adams in her gallery.

Nocturnal Animals may be one of the strongest cases for David Lynch’s talent. He makes it look so easy, and so smooth, that when someone without his abilities tries it, they will inevitably miss the mark. I don’t want to completely knock Ford-he clearly tried to make an interesting film. However, a series of missteps and a bad script balance out any scale weighed against great performances and gorgeous cinematography.