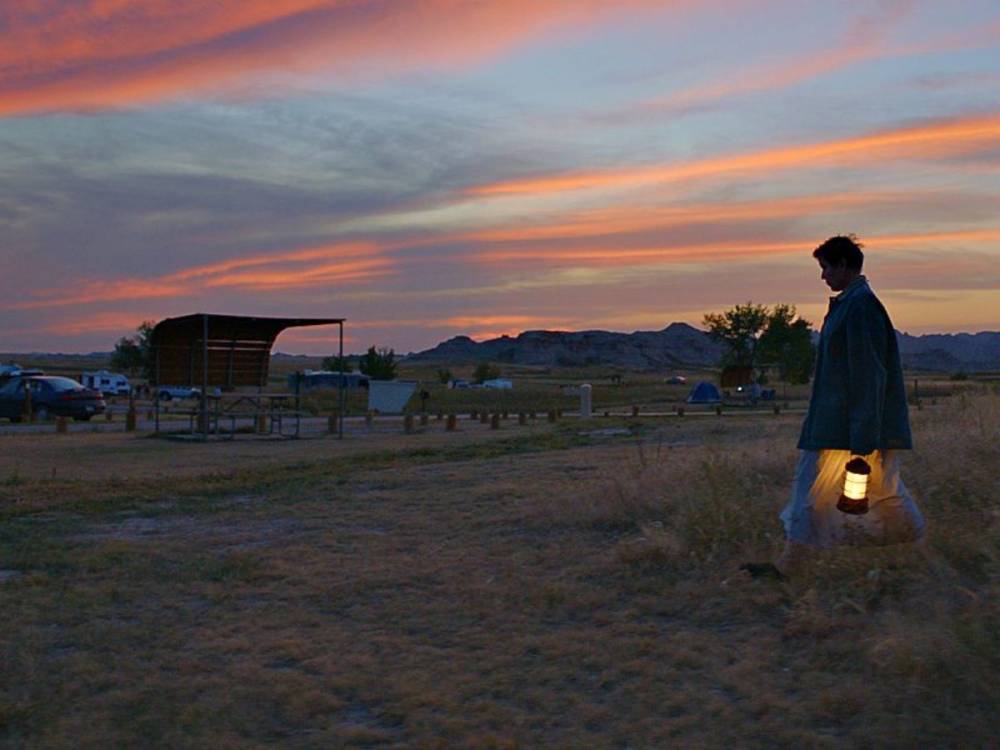 Huh. Well, seems that’s what awards are going to look like over the next few months. The 78th Golden Globe Awards have come to an end, and it was…a mixed bag. Awards-wise, it’s hard not to be happy – Nomadland and Borat Subsequent Moviefilmwon the film categories, The Crown, Schitt’s Creek, and The Queen’s Gambit won the TV categories, and there were enough surprises to keep the energy high. As for the show itself, the hosting and writing was there, but we still have a long way to go before socially distanced awards shows have worked out all their kinks.

Let’s kick off this recap with the Film categories, where Chloé Zhao’s warmhearted Nomadland pulled off the surprise win over the heavy favorite The Trial of the Chicago 7. It marks the first televised win for the modern-day Western, and was made extra special thanks to Zhao’s win for Best Director, becoming only the second woman to win the award in the HFPA’s history (after Barbra Streisand for Yentl in 1983). That’s an exciting accomplishment and a sobering statistic all at the same time. Of course, Chicago 7 didn’t go home empty handed – HFPA favorite Aaron Sorkin took home the Globe for Best Screenplay (more like MOST Screenplay, am I right? I kid, I kid, I like that script just fine). Things continued to play as expected in the rest of the Film categories, with the Borat sequel winning Best Comedy Film, while Minari and Soul winning in Best Foreign Language Film and Best Animated Film, respectively. And while they weren’t out-and-out frontrunners, it wasn’t really a surprise to see Soul and Diane Warren’s “Lo Sí” from The Life Ahead win Best Original Score and Song, respectively.

But things got…weird when we reached the acting categories. Oh sure, things started obvious enough, with Daniel Kaluuya winning a deserved Best Supporting Actor award (and winning over the crowd by declaring “You’re doing me dirty!” when his Zoom link crashed and the producers tried to cut away). And Sacha Baron Cohen winning Best Actor in a Comedy (and giving an obvious, yet still funny speech about Rudy Giuliani) and the late Chadwick Boseman winning Best Actor in a Drama aren’t exactly shocks (side note: Boseman’s widow likely won her late husband the Oscar with her incredible, emotion script). But when we reached the women’s categories, things got…weird. Despite the near-lock for Maria Bakalova in Best Actress in a Comedy, Rosamund Pike managed to shock the room with a win for the Netflix hit I Care A Lot. Carey Mulligan and Viola Davis found themselves upset by a visibly stunned and emotional Andra Day, whose performance as Billie Holiday could put her squarely in the Oscar race. And in the Best Supporting Actress category, where any of the other four nominees seemed to have an equal chance for the win, Jodie Foster managed to surprise for The Mauritanian. She proceeded to give one of the best speeches of the night, due to her legitimately touched and excited reaction.

As for the Television awards, there wasn’t too much in terms of surprises. Once The Crown and Schitt’s Creek started winning, they didn’t stop. I mean, the biggest surprises came in just how both shows earned their love: Gillian Andersonunsurprisingly won Best Supporting Actress, while Emma Corrin beat Olivia Colman for Best Actress (Princess Di got the last laugh) and Josh O’Conner won a tough competition for Best Actor. Meanwhile, Creek had a rough night early on, due to the Levy men losing to John Boyega and Jason Sudeikis respectively (Small Axe and Ted Lasso FTW!), but Catherine O’Hara managed to fight off Kaley Cuoco and f*cking Emily in Par-ee to win Best Actress. The Queen’s Gambit easily won Best Miniseries, while Anya Taylor-Joy deservedly won Best Actress, and shocked the Internet by revealing that, as a world-famous model, she has impeccable clothes and hairstylists ON TOP of being a phenomenal actress. And Mark Ruffalo won Best Actor in a Miniseries and gave another impassioned speech about the environment, although his speech at the Emmys was certainly better. Meanwhile, the Cecil B. DeMille and Carol Burnett Awards for Film and Television Genius were given to two unbelievable icons, Jane Fonda and Norman Lear. These are two of my favorite creators of all time, and their speeches last night reflected why – humble, smart, and lovely, with Lear’s reflecting on his 100 years on Earth and Fonda calling on both the Globes AND Hollywood to be better about inclusivity and justice (more on that in a minute).

So with the awards out of the way, how was the show itself? Well, it was interesting. Tina and Amy did the best they could delivering jokes to two separate locations with much smaller audiences (made up of first responders, which was a cool touch), and for the opening monologue, it actually worked far better than expected! Their jokes were smart and funny (the joke about the nominated shows of quarantine being “The American Office, Columbo reruns, and very one-sided political news” hit too close to home), and weren’t afraid to delve into controversies. Tina herself outright condemned the multiple reports about the Globes’ anti-diversity efforts and poor taste, including biting jokes about Emily In Paris and a version of a joke I’ve been making for a few weeks now: that Music is not just offensive, it’s bad and offensive (although it felt bad we then had to cut to Kate Hudson afterwards – she’s not responsible). It was a terrific monologue that would have killed in an actual room.

It’s just a shame that the show was plagued with so many issues afterwards. The sound design was heinous, and most of the bits fell completely flat, including a promising Kenan Thompson/Maya Rudolph bit (she had three shoes! How could they screw that up?!?) and a roundabout sketch showing young children being interviewed to show how influential Chadwick Boseman was that felt painfully long and was an utter misfire from the jump. But there were a few moments I liked. There was a clever bit where famous actors called real doctors to ask what affliction they had based on the shows they were watching (the payoff to a Glenn Close bit about being “too young for the vaccine” was stellar). The Borat producers wisely had on the kindly babysitter they used in their film to announce its nomination. And the best presenters of the night, without question, were Barb and Star, the stars of the hit comedy Barb and Star Go To Vista del Mar. It’s a testament to how good those characters are that their Midwestern schtick hasn’t worn itself out for me yet.

That wraps up this year’s Golden Globe Awards. I am happy to report that not only did I have one of my best Globe-predicting years yet, earning 15/25, but I alsobeat Lena Smith by a whopping two points, bringing the series to a 3-3-1 record. I’ll get that lead for the first time next year, mark my words. So where do we stand for the Oscars? Well, Nomadland has an uphill climb in the coming weeks, but it’s hard not to imagine it as the frontrunner. Lots of indie films have some work to do, while Andra Day just got a major Oscar boost. Soul has two categories on lock with the Academy, while Diane Warren may finally earn her first Oscar. But ultimately, it’s just impossible to tell right now. This is such a crazy, weird year that anything and everything can happen in the coming weeks. I will finish off my acting predictions later this week, and have final Oscar predictions sometime before the nominations in two(!) weeks. You can see the full list of last night’s winners below.