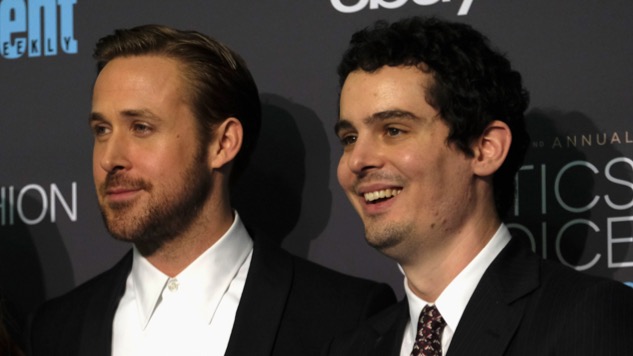 It goes without saying that La La Land is becoming a cultural phenomenon. Critics are praising it up and down, it’s become an awards darling, and it’s setting box office records left and right. It could become one of the only original films to cross the $100 million mark in several years. Not to mention it’s one of my favorites of the year. Of course, I was beating the drum for the film long before I saw it. For all sorts of reasons, director Damien Chazelle has become one of my favorite directors, using electric filmmaking and smart decision-making across the board to tell fantastic stories. I have become his biggest supporter, the way others do Martin Scorsese, Christopher Nolan, and Quentin Tarantino (all great). And like the greatest of directors (well, maybe not Tarantino), Chazelle is now ready to step foot in the waters of the biopic, and he’s bringing along a killer crew to help him.

It has been known for quite a while that Chazelle would follow up La La Land with Universal’s First Man, the story of Neil Armstrong. Written by Josh Singer (one of the two Academy Award-winning screenwriters of Spotlight, a fantastic movie), the film will follow Armstrong’s career as an engineer, test pilot, Air Force training, and eventually, his famous moon landing. However, the film will also explore the affects this fame had on his personal life, and serve as a study of American Hero worship. And today, we have word that Ryan Gosling will be reuniting with Chazelle to play the role of Armstrong.

Gosling is one of my favorite actors, giving great performances in Blue Valentine, Drive, Crazy, Stupid, Love, The Big Short, The Nice Guys, and his big musical moment with Chazelle, which is expected to finally earn Gosling his second Oscar nomination. Between Gosling, Chazelle and Singer, this is quickly becoming one of the hottest properties on the market. Filming begins early next year, and this could be a major Oscar contender, whether it is released late next year or sometime in 2018. You can count me amongst those excited.