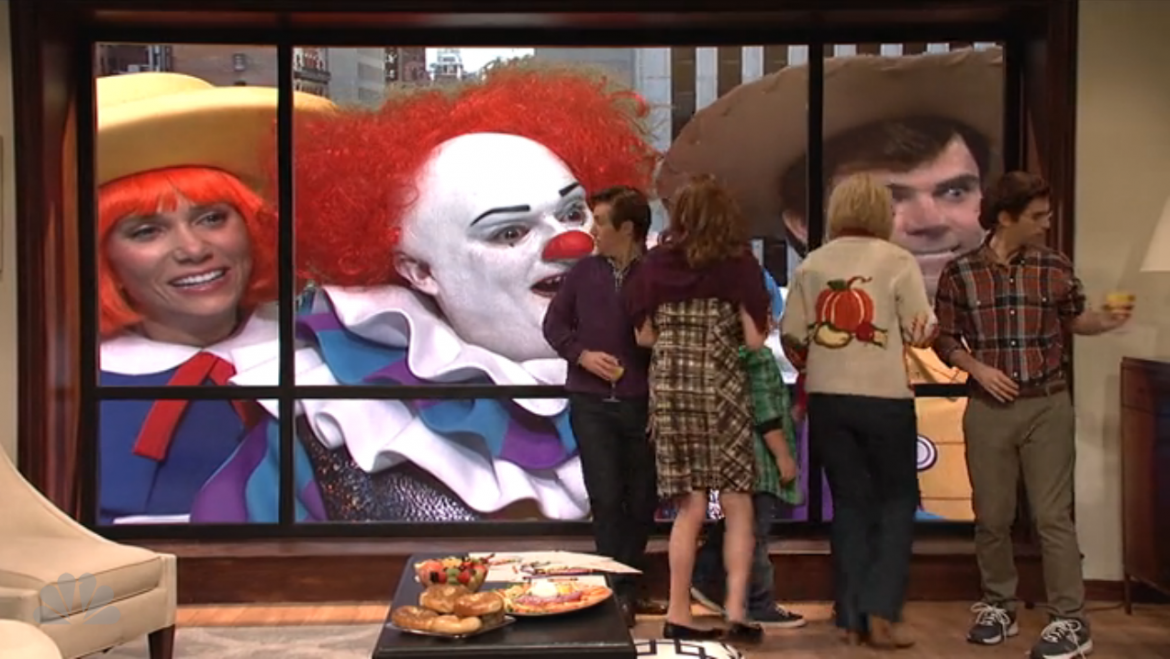 Kristen Wiig’s second outing as host of Saturday Night Live was something of a mixed bag. She didn’t really have any terrible sketches, but there weren’t any really great sketches either. I guess it’s nice that Wiig refused to make the entire show about her, only bringing back two of her recurring characters, and always opting to be a part of the ensemble instead of the focus of the sketches. However, it would have also been nice for Gilly or Target Lady to help us come to peace with a rough two weeks.

Meanwhile, a side note: Alec Baldwin’s opening scene was incredibly odd. It was both the accurate portrayal we’ve needed as well as too soft. It seems like SNL has opted not to go after some of the harsher aspects of Trump’s first two weeks-things like Bannon and the 60 Minutes interview were glossed over at best-but has finally honed a Trump impression that says something-it’s not just a bunch of statements and facial expressions designed to look like the President-Elect, it actually has a clear angle (that he doesn’t fully understand what he’s gotten himself into, ideas that may have some truth to them). The sketch never fully came together, but it had some funnier moments than usual. So kudos for that. And with that acknowledged, let’s look at this week’s Winners and Losers.

Kate McKinnon: This week’s only winner is Kate McKinnon. It wasn’t a strong week for anyone in the cast, but McKinnon brought it every sketch she was in. When she appeared as a KellyAnne Conway who is realizing the impact of a Trump presidency, it is hilarious as much as you pity her. It actually makes Conway a tragic, and even likable, figure. It stole the opening sketch. And then she gets a chance to shine in the most important sketch of the show: “Whiskers R We.” I absolutely adore these sketches, and pairing McKinnon with Wiig is an absolute delight. McKinnon is the only one to walk away from this show unscathed.

Kristen Wiig: This is a bit unfair, but Wiig has to be on this list, considering she didn’t meet the standards we needed her to, no matter how high they were. She was barely in her sketches long enough to make an impact, when she did reprise her beloved characters, the material didn’t do them justice, and she just didn’t have it the way she has in the past. Don’t get me wrong-Wiig wasn’t terrible. It’s just that at a time when we needed peak Wiig, we got average Wiig. That’s incredibly disappointing.

Best Sketch: “Whiskers Are We”-There was never a question for me. “Whiskers R We” is an absolute standout. Watching McKinnon and Wiig joke about cats alone is funny enough as a concept. But add in Wiig sexually harassing her lesbian lover, and you have television gold. I was in tears the entire sketch. This was the kind of stuff we needed more of through the night.

Had Promise: “Macy’s Parade”-God, I wanted to love this sketch. The idea of the Macy’s balloon floats coming to life to attack us is funny. The floats being Mikey Day as Woody, Wiig as Madeline and Bobby Moynihan as Pennywise the Dancing Clown is an added bonus. And the added Kristin Chenoweth joke is just icing on the cake. But I felt like it was missing…something. Actually, this sketch may have been too short. I wanted more balloons attacking us. That’s a golden idea.

Worst Sketch: “Kristen Wiig Monologue”-It’s really hard calling something with Will Forte and Steve Martin “the worst.” But none of this monologue worked. The jokes were flat, the song wasn’t very good, everyone felt under-rehearsed…it was just a bad monologue. There’s no beating around the bush. It encapsulated everything bad about this episode, and lacks anything great. Wiig deserved better, and we did too.

Side Note: As a one-time employee of Target, that fake “Post-Election Thanksgiving” ad hit close to home. That Mossimo joke was spot-on. Kudos to them