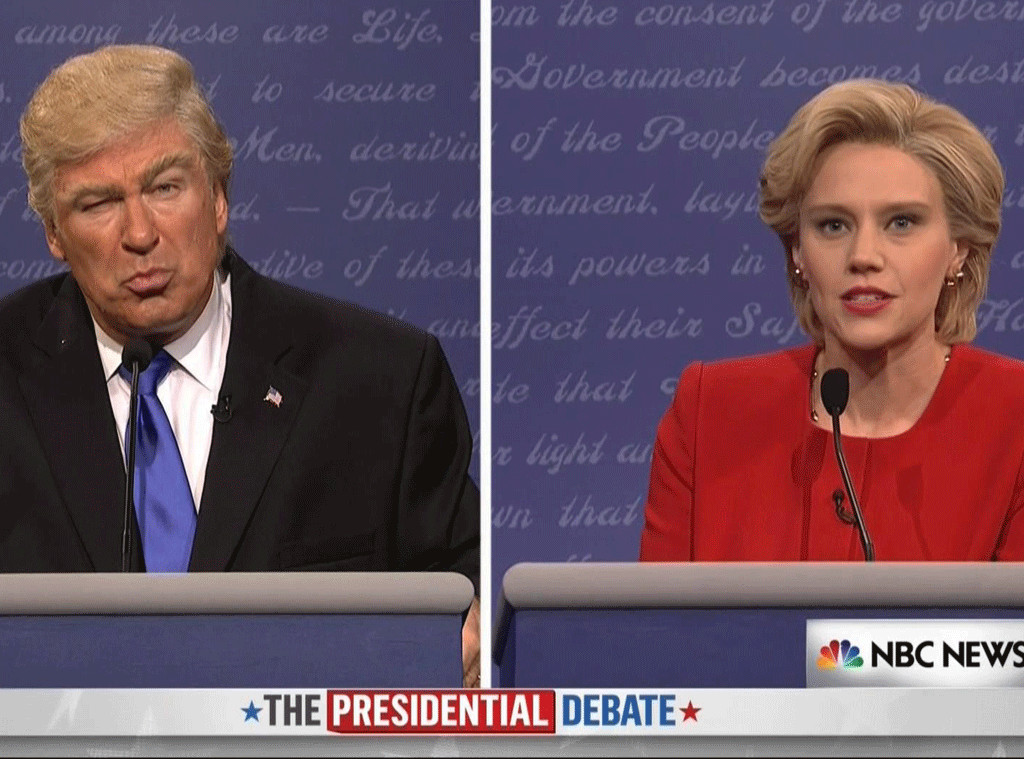 I’m not sure what my goal is with this particular segment. I would expect it to morph and change multiple times over the next several weeks, and I may not continue it at all in the future. All I know is that I love Saturday Night Live, and I want a chance to write about it. SNL has been a part of my life for several years, ever since I saw “More Cowbell” at a ridiculously young age. Since then, I’ve learned the ways it has influenced my humor (as has the National Lampoon, if you want to trace it back even further), and the way it has spoofed and mocked culture hilariously and sharply for 42 years is absolutely astounding. I’ll never forget watching the 40th Anniversary in a friend’s room in college, and having them shoot me annoyed looks as I gasped in awe at the throwbacks and laugh hysterically at the references. The show is a huge part of me, and I want to share that with you.

Now that this intro is out of the way, let’s talk about yesterday’s episode, with Host Margot Robbie and Musical Guest The Weeknd. Honestly, I don’t know how you could hope for a better premiere. There were no bad sketches, Robbie was brilliant in every turn, and almost every joke landed. It was so good, it helped you forget that Taran Killam and Jay Pharoah are no longer there.

I’m sure it will raise controversy for what Michael Che said during Weekend Update, but I’m not going to weigh in on that. It’s going to be ripped apart and analyzed over the next week from every angle, and I don’t know what I can bring to the table that would be new or different. I will say this though: whatever your thoughts on him saying that word, it is hardly the first time it has been used on the show. Chevy Chase said it to Richard Pryor in 1975 (in a sketch that I regard as arguably the funniest in television history), and Will Ferrell said it as part of a “Robert Goulet Sings Hip Hop” sketch in the late 90s/early 2000s. Nevertheless, I understand the outrage that I’m sure will be raised, and considering it looked like he improvised it, he may very well face repercussions. But again, that’s not our place to decide.

I’m thinking this segment should consist of three segments: the first will be “Winners and Losers,” which will look at who had a spectacular show, and who didn’t. The second will be “Best/Had Promise/Worst,” which will pick a great sketch, a sketch that had great moments (perhaps one great line) but didn’t lead anywhere, and a sketch that was so bad I can’t believe they put it out there. The third will be a running ranking of the hosts this season. So let’s start off with Winners and Losers. And before I begin, I should point out that it should be assumed that the following people are always winners. I will only write their names if they do something Emmy-Worth, or if they end up in the Losers category, which I pray will never happen: Kate McKinnon (duh), Leslie Jones, Beck Bennett, Kyle Mooney and Kenan Thompson. If there comes a time that another cast member is so hot they must be added to this list, I will let you know.

Great Sketch: “Political Family Feud”-Look, most of the sketches last night were great. I’m sure most people will be picking Baldwin’s debate sketch as #1, and they’re not necessarily wrong. For me, though, the “Political Family Feud” was the stronger sketch. While Villaseñor’s Silverman was iffy, the majority of the rest of the cast got a chance to shine here: you had Thompson’s Steve Harvey, McKinnon as KellyAnne Conway, Robbie’s incredible Ivanka Trump (and Day and Moffat as the brothers), Moynihan’s always-funny Chris Christie, Bennett’s incredible Putin (I cried when he took his shirt off), Hammond’s Bill Clinton (who shamelessly flirts with Ivanka the entire time), Cecily Strong’s decent Lin-Manuel Miranda impression, and the always-welcome return of Larry David’s Bernie Sanders. The sketch was brilliantly written, and I can’t think of a better way to start a new season with fresh blood than to give them all a sketch this great to get things going.

Had Promise: “Mr. Robot Hack”-It was inevitable that the show would take on the Leslie Jones Hack. And taking it on through the lens of Mr. Robot is brilliant (as is the casting of Pete Davidson as Rami Malek). However, it just never fully comes together. Sure, seeing the down-to-earth Jones go toe-to-toe with the characters of the show (another showcase for Day and Robbie) is hilarious, but the conclusion, where Jones was had accidentally hacked herself, just seems kind of offensive given the circumstances. Still, kudos to Jones to being game for the sketch, and the little asides they added were hilarious.