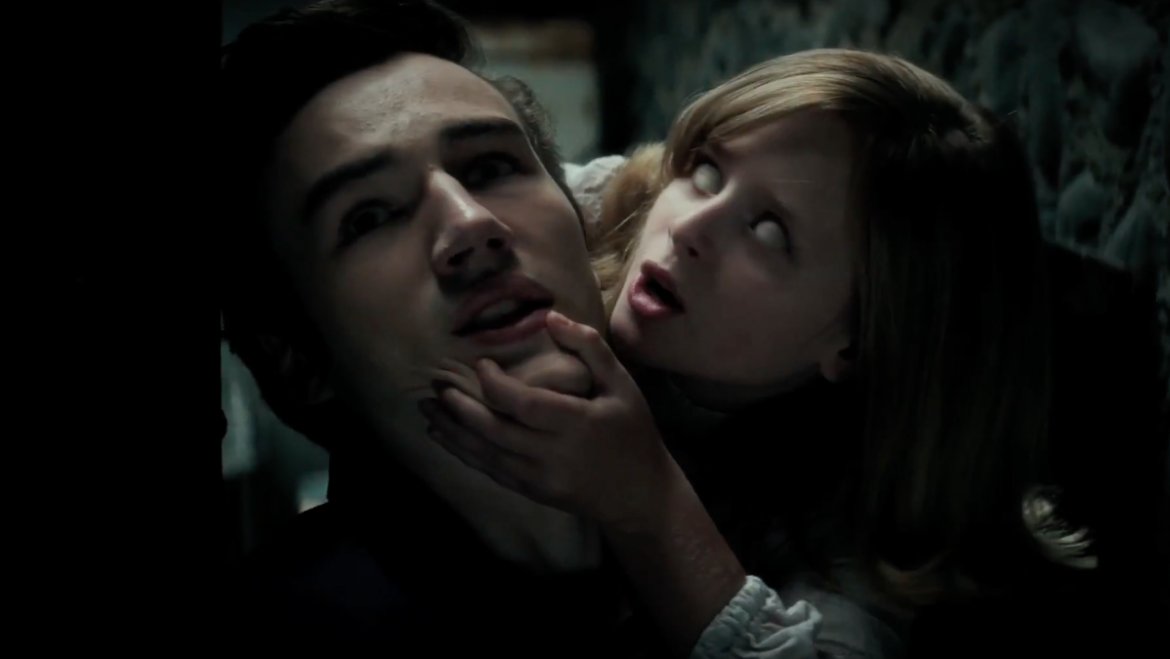 I don’t get it. A prequel to Ouija, the horror adaptation of the Ouija Board, should be terrible. I mean, the first one sucked, it’s based on the stupidest toy in history…I mean, what am I missing here? Oh yeah, it made $100 million because people are stupid. And yet, despite all of this, despite all of the facts, and evidence, and logic, the film actually looks…kinda good? Huh?

Set fifty years prior to the original, in 1967, the film follows a family of scam artists: mother Alice (Elizabeth Reaser) and daughters Paulina and Doris (Annalise Basso and Lulu Wilson, playing characters who apparently are from the first one). Pretending to hold séances in order to rip off grieving families, disaster strikes when young Doris is possessed by a demon. The family is forced to confront the demon in order to save the youngest daughter.

I shouldn’t like this trailer. It’s a prequel-which I hate-to a horror movie-which I hate-based on a stupid concept-which I really hate. But with a good use of music, a retro Universal logo, throwbacks to The Exorcist, and a focus on actual tension instead of jump scares (although there are a few), the film could actually be a fine (dare I say good?) horror flick. The film is scheduled for release on October 21st, and you can watch the excellent trailer here.