‘Southside With You’ Review 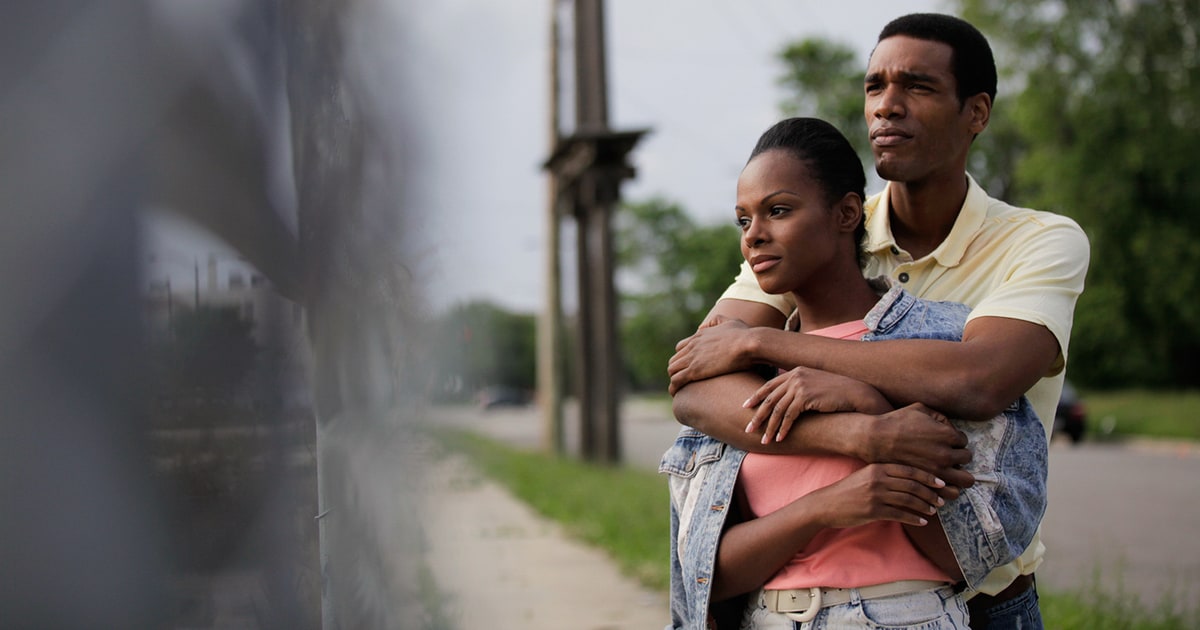 I don’t care which side of the aisle you come down on, a film made about a sitting U.S. president is propaganda. I mean, for the love of God, at least wait one year for him to be out of office. It was 1939 when we witnessed the Abraham Lincoln story, and it took at least twenty years to get films about Roosevelt, Kennedy and Johnson. So you’re completely in the right if the idea of a romance about Barack Obama meeting his wife Michelle rubs you the wrong way. However, that doesn’t necessarily disqualify it from being a good film. What does disqualify it from being a good film is bad dialogue and one-dimensional characters. Despite some decent direction from Richard Tanne and decent attempts by Parker Sawyers and Tika Sumpter, the film falls into the traps of the worst films of its genres and fails to meet an average bar, let alone being any sort of transcending experience.

Taking place across one hot afternoon in Chicago mid-August, young law firm associate Michelle Robinson (Sumpter) agrees to meet with a hotshot Harvard Law student working at the firm named Barack Obama (Sawyers). She insists it isn’t a date, he’s sure it is. They head to a museum to take in an Afro-centric exhibit, they attend a community event he helped organize and will eventually speak at, and they see the much-talked about Do The Right Thing, as Barack slowly tries to use his smooth talking ways to woo the upright Michelle.

Let’s address the obvious right off the bat: this model is essentially a riff on the Before trilogy. It follows two people walking and talking about their lives over the course of a few hours. It featured two people slowly falling in love. It features the hopes and fears of young people coming of age. And the first go-about was so popular, Richard Linklater’s little treatise on love inspired two sequels. So it makes sense for them to try to utilize the style of Celine (Julie Delpy) and Jesse’s (Ethan Hawke) courtship. However, the similarities are so severe, it seems off. It also seems like Tanne went into the studio to pitch an African-American remake of the original series (something I’m on board with), but was told that they would only make an African-American version if he found some famous black man and woman to use as a stand-in.* It feels…off, like it wasn’t the original plan, and the fact that they are telling this story this way feels lazy.

Another problem that faces this film is that Barack and Michelle are portrayed as flawless. Now, I’m not saying that they have to be unlikable-say what you will about their politics, they seem like a wonderful couple and ooze charisma and charm-but romantic comedies, and all romance films, work because the characters overcome each other’s flaws. Rick Blaine was the cynical assh*le to Ilsa’s fickle attitudes, Harry was a depressed chauvinist to Sally’s “high-maintenance” proclivities, and Jesse was a cocky know-it-all to Celine’s inability to form proper connections. Here? Barack drives a bad car because he’s a poor college student while Michelle cares about her parents a lot and hates pie. That’s about it. These two have been scrubbed of all flaws, and it doesn’t make for compelling romance. Even worse, the film leaves out any part of the story where we see Michelle falling for this suave smooth-talker. She goes immediately from uninterested to wooed in moments, without any sign of growth or change. Leaving this out not only hurts the story, it hurts our understanding of the characters and their love. The only reason we know these two end up in love is because we know how history turns out, and that’s just bad filmmaking.

For what it’s worth, despite playing incredibly cookie-cutter characters with no interesting traits, Sawyers and Sumpter do adequate jobs. Sawyers looks a lot like Barack, albeit with smaller ears (even though they still try to make an “ears” joke in the film). Sadly, he lacks the accent or vocal tics that make him such an effective speaker. Sumpter does a better job with nailing Michelle’s voice, wit and poise, but you really have to squint for her to look as similar to her character as Sawyers does to his. The only time she ever felt false in the role was when Barack confesses he “doesn’t really remember high school” and Michelle asks him “Because you smoked a lot of marijuana?” I’m pretty sure that no matter how uptight Michelle was, she was never this square. It’s the dumbest line I’ve heard in any film this year.

For what it’s worth, there are a couple good scenes, where the twee nature of the characters falls away, and they become two kids taking in culture. A scene where they discuss Good Times’ influence on pop culture (Barack found it inspirational, Michelle watched The Brady Bunch, because of course), a touching scene where a mom tells Michelle how Barack saved her son from the gangs, and a great speech from Michelle on Barack’s relationship with his father make the film seem natural and sweet, and there’s a laugh-out-loud moment where they run into their very-white boss outside of Do The Right Thing and he expresses his confusion at the film’s ending. However, with normally terrible dialogue, the oversentimentality of its characters, and its mostly stereotypical take on the genre, I just don’t find Southside With You to be worth anyone’s time. It’s a shame, because regardless of the politics, it’s an objective fact that Barack and Michelle deserve better.

*I’m actually pretty sure that this is what the studio did for this film, distorting the original vision because “a black movie won’t sell if they aren’t famous black people.” If that’s the case, that’s a horrifying indictment of Hollywood. However, as I cannot find the article posted on the subject when the film was first confirmed, I have no proof, and do not want to make any statement without evidence