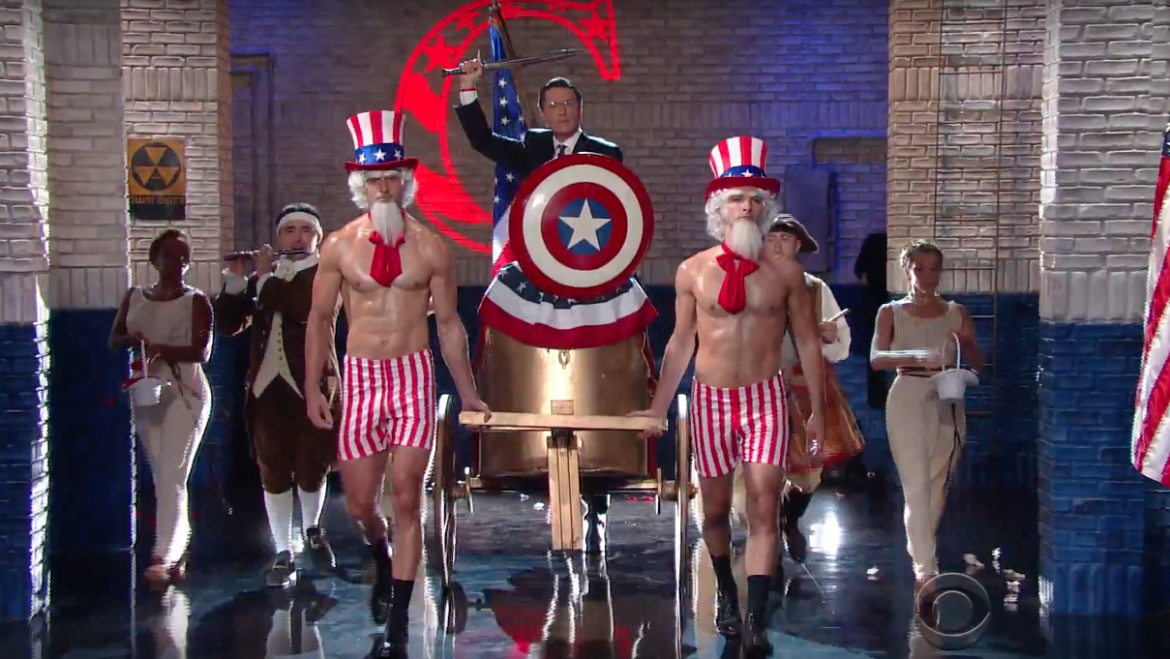 One of my all-time favorite programs and major comedic influences was the character of “Stephen Colbert” from The Colbert Report. Played by Stephen Colbert, “Colbert” (as I will refer to him to avoid confusion) was a blowhard cable news pundit who prided himself on reporting the news the way it was meant to be heard: “without facts.” The thing that made the character so brilliant was that, while the style of his show and candor was clearly inspired by Bill O’Reilly (whom the real Colbert still has a contentious but amicable friendship with), a lot of his idiosyncrasies and egotistical tics come from left-wing moderators Keith Olbermann and Rachel Maddow. This allows him to create one perfect piece of satire, refusing to let one side or the other off the hook for their behavior, and truly bashing the news-less media cycle that has been created by Fox News, CNN and MSNBC. When the character was retired in December of 2014 so that the real Colbert could begin hosting The Late Show, I wept. However, those tears were not in vain, as this crazy Election has inspired Colbert to bring forth his greatest creation one more time for the Conventions.

After a bit where Jon Stewart considers coming out of retirement to cover the RNC for Stephen (which plays out a bit too long), Stewart turns down the gig before asking his “roommate” to do the job, and the Sword-and-Shield clad Colbert emerges onto the stage in a chariot flanked by two Uncle Sams and a flute player. Colbert then proceeds to perform his most famous segment, The Word, for the entertainment of his audience. And in doing so, he creates the perfect send-up to this elections process, combining his famous notion of Truthiness with the Trump and Sanders campaigns, and truly taking the entire nation to task for what we have allowed to transpire in both of this nation’s parties. It’s a level of humor and intelligence that has been sorely missed for the past two years (especially from Colbert’s own show), and I hope he keeps his promise to bring back the character multiple times over the next two weeks. Enjoy the video below: