Sundance 2018: A Look Back On This Year’s Strangest Festival 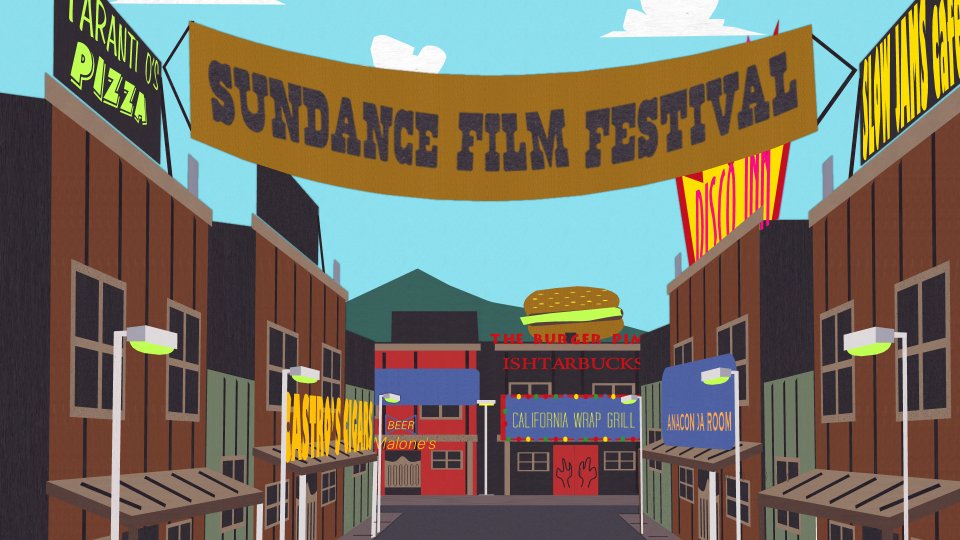 Now that the Oscar race is over, and things have settled down, I want to take some time to look back at the Sundance Film Festival. You may have seen reports that this year’s festival was a bit muted, with several critics and studios saying that the crop was less breakout than previous years. However, that appears to be based on the fact that this year’s festival featured a wide variety of innovative, thought-provoking films from up-and-coming minority and female directors. They’re slowly changing, guys. Nevertheless, whether or not this current batch fails or not, the descriptions alone tell us that this will be an interesting, challenging year of great films.

Let’s start with the two award winners: the Jury Prize and the Audience Award. The Jury Prize went to Desiree Akhavan’s The Miseducation of Cameron Post, a searing drama about teens in a conversion therapy camp. The film has drawn raves for the screenplay, for Akhavan’s direction, and especially for the performances of Chloë Grace Moretz, John Gallagher Jr., and especially Sasha Lane, who could be in the Oscar hunt next year. Meanwhile, the Audience Award went to Andrew Heckler’s Burden, the story of a man raised by the Ku Klux Klan who escapes for a better life and finds himself under the protection of a black church congregation. Star Garrett Hedlund has been drawing raves, and after years of being on the cusp of an Oscar nomination, he may finally find himself in the conversation.

One of the biggest shocks of the festival came when The Tale, one of the biggest Oscar conversation starters, was bought by HBO, and will be released on their channel later this year. The film is a daring piece of autobiographical narrative filmmaking, and follows writer/director Jennifer Fox (played in the film by Laura Dern) as she comes to terms with the fact that she was raped by a family friend as a child. Featuring repeated breaking of the fourth wall as Dern’s Fox questions scenarios, relives events, and converses with her younger self, the film is a revolutionary take on editing, writing, and filmmaking, and Dern and an against-type Jason Ritter could be in Emmys consideration later this year.

Sorry To Bother You

Meanwhile, in terms of storytelling, it’s hard to find a film as out there as Boots Riley’s Sorry To Bother You. The film stars LaKeith Stanfield, Tessa Thompson, Danny Glover, and Armie Hammer, and tells the story of a young African-American man living in his uncle’s garage who gets a job as a telemarketer in order to support himself and his activist girlfriend. He learns he can be a successful salesman if he sounds white on the phone (voiced by David Cross), and insane social satire ensues. The film has received intense buzz and should be a major conversation starter later this year, whether or not it becomes the next A Ghost Story or Get Out.

Critics and audiences alike fell in love with Eight Grade, Wildlife, and Hereditary. Eighth Grade is perhaps my most anticipated out of the festival, as it is written and directed by my favorite comedian, Bo Burnham. Choosing to eschew his bombast and witticisms found in his songs and stand-up, Burnham has written a down-to-earth coming-of-age story about a thirteen-year-old girl, played by breakout Elsie Fisher. A smash hit with backing from A24, you can expect Eighth Grade to be on everyone’s lips for the remainder of the year, perhaps serving as this year’s Lady Bird. Meanwhile, Wildlife is written by real-life partners Paul Dano (There Will Be Blood, Little Miss Sunshine) and Zoe Kazan (The Big Sick, Olive Kitteridge), and directed by Dano in his debut. The film is a dark drama about a young boy in Montana who watches his parent’s marriage fall apart. Featuring an all-star cast including Jake Gyllenhaal, Ed Oxenbould, Bill Camp, and a supposedly never-better Carey Mulligan, it’s a film we can expect to hear from later this year; and perhaps Mulligan can finally get that second Oscar nomination she so desperately deserve. And finally, we have Ari Aster’s psychological horror film Hereditary, which follows a daughter feeling a presence left behind in the wake of her mother’s death. The film sounds like the kind of psychological, metaphorical masterpiece that I desperately love, and beyond looking frightening as f*ck, it supposedly features an otherworldly performance by Toni Collette, whose sole Oscar nomination came in the form of a groundbreaking horror film. The trailer is already being hailed as one of the scariest of all time (more on that later this week), and the film should make waves when it comes out June 8th.

Then we have two very different films dealing with similar subject matter: corruption inside the NYPD. The first is a narrative film, Monsters and Men, and follows a variety of characters, ranging from fellow police officers to a man with a video camera to reporters and beyond, in the wake of a police shooting. From early commentary, it sounds like the film isn’t quite what anyone is really expecting it to be, and while there doesn’t seem to be a sense of critical consensus on it, it’ll certainly be thought-provoking, and may finally provide a breakout for Denzel’s son John David Washington (who also has a major role in Black Klansman later this year). The second film is a documentary, titled Crime+Punishment. The film follows the NYPD 12, a group of officers who stood up to the racist and illegal quota system held in place by Bill de Blasio and William Bratton, as well as their revelations of a brutal retaliation system held by the force against those who let down the thin blue line. The film lays out a tale of good people standing up for the system, as well as why these laws are unjust (the story of Pedro Hernandez, a teenager jailed for eight charges ultimately proven false, underlines the film’s message). A David and Goliath story if there ever was one, the documentary will likely be an Oscar contender at the end of the year.

Several other films received praise at the festival. Private Life tells the story of an author and her husband’s struggles to get pregnant, and features great performances by Kathryn Hahn and Paul Giamatti. Don’t Worry, He Won’t Get Far On Foot features a return to form for Gus Van Sant, as well as a stand out performance by Joaquin Phoenix as alcoholic quadriplegic John Callahan. The Kindergarten Teacher, based on the Israeli film of the same name, tells of a teacher who becomes obsessed with a student she believes is a prodigy, and features both a stand-out performance by Maggie Gyllenhaal and award-winning direction by Sara Colangelo. The other directorial winner, Nancy, tells the story of a pathological liar (Andrea Risenborough) who discovers she may be a missing child from the 80s. Risenborough and Ann Dowd give remarkable performances, and director Christina Chloe keeps things moving along briskly. And then there’s Blaze, Ethan Hawke’s biopic about country music star Blaze Foley, which features a standout turn by Benjamin Dickey (it doesn’t hurt to have Sam Rockwell and Wyatt Russell in your cast, either).

And finally, there are two audience favorites that may catch on with the public. The first is The Catcher Was A Spy, a true story about baseball catcher Moe Berg, played by Paul Rudd, who becomes a World War II spy to help beat the Germans in the atomic weapons race. The film combines America’s three favorite things into one enjoyable film: baseball, spy films, and Paul Rudd. The second film is The Handmaid’s Tale director Reed Morano’s follow-up I Think We’re Alone Now, which follows a misanthrope’s (Peter Dinklage) dream of the apocalypse coming true, only to be ruined by the arrival of a second survivor (Elle Fanning). Both films should find niche audiences upon their eventual release.

So that’s this year’s crop of Sundance contenders. Which will be successes, and which will flop? Will any make the Oscar race, like last year’s Strong Island, Mudbound, The Big Sick, and Call Me By Your Name? Time will tell, but for now, all we can do is speculate on which films will be our favorites out of the great state of Utah. So let me know in the comments which ones you’re looking forward to!