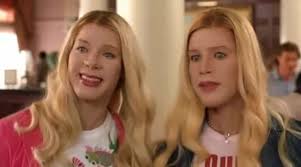 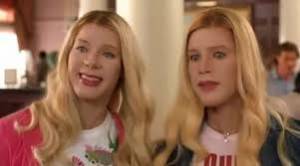 I’ll be reviewing Swiss Army Man later this week, but this interview with its directors caught my eye. The theoretical next film of this summer’s indie smash is a dramatic remake of the 2004 comedy White Chicks. Hang on, what?

According to an interview with the Hollywood Reporter, Daniel Scheinert’s dream project is “to make White Chicks as a hard-R, Oscar-worthy drama, starring the original cast. It would be about gender and race relations in the 21st century, starring the Wayans Brothers. I don’t know if you have seen White Chicks lately, but it has a lot of meat to it and explores everything, like class, gender, race, the handicapped, age.”

That seems like a real stretch to me when it comes to a movie with only one good scene, in which Terry Crews sings along to “A Thousand Miles.” It is more than likely some sort of joke, as this seems like a terrible idea for all intents and purposes. But let’s not forget that their current smash is literally Daniel Radcliffe playing a farting corpse, so who really knows.

At any rate, I was going to post the trailer, but I don’t want to subject you to that, so here’s Terry Crews: